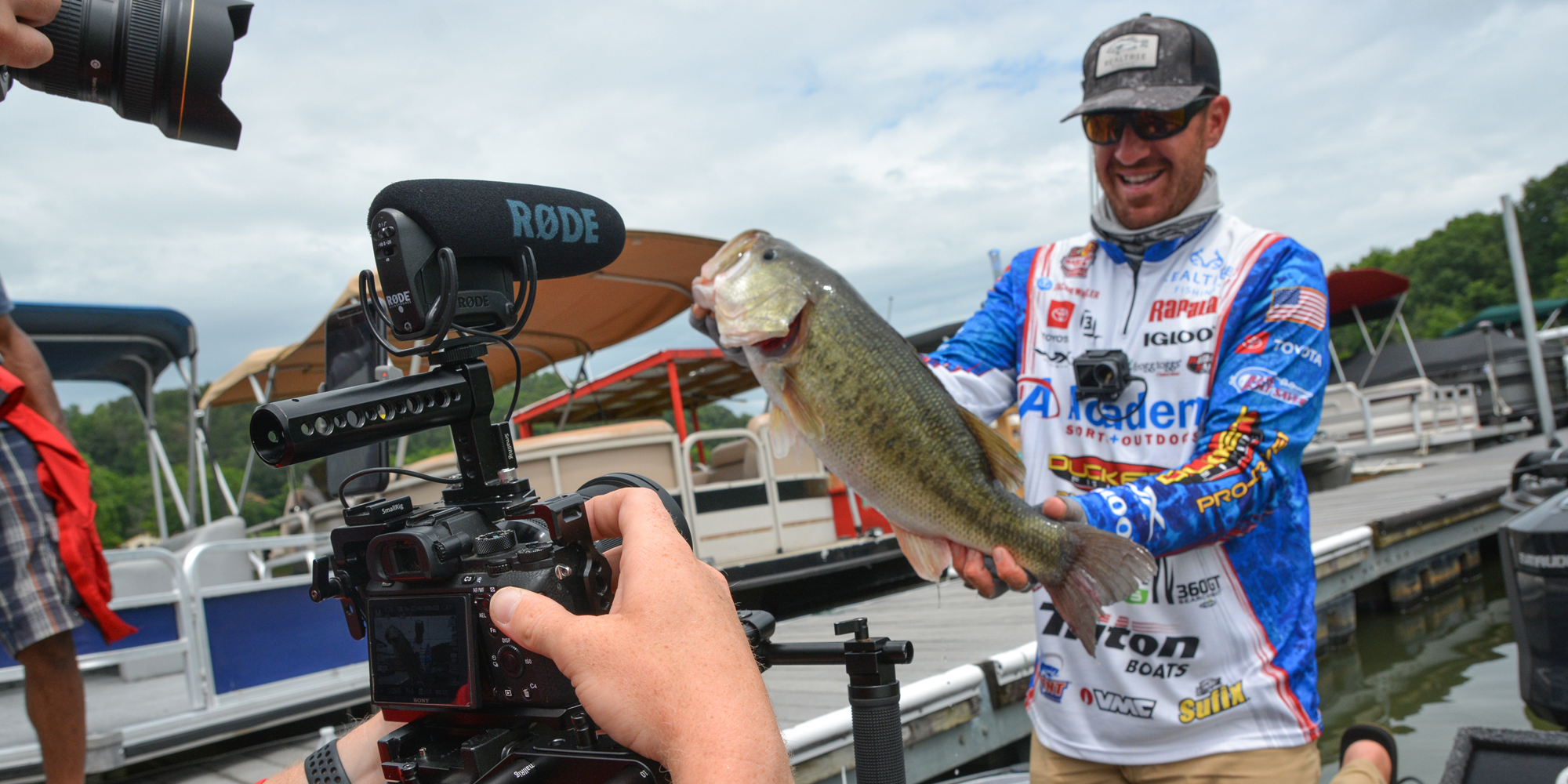 As he cradled the champion’s trophy after coming offstage at Dayton Boat Dock in Dayton, Tennessee – on the banks of Lake Chickamauga, where he’d just won the first-ever FLW Pro Circuit Super Tournament – Jacob Wheeler confessed that a win in the event was one of the most important goals in his already-impressive career.

“This just means a lot to me,” Wheeler admitted. “I had never won a regular-season FLW Tour event before, so it was a big deal to me to come out here and win one. And this is the first Super Tournament ever – how cool is it to win the very first one of these against a field like this? It’s pretty cool.”

Looking back at Wheeler’s tournament career, you quickly pick up on a pattern of success in “firsts” of any kind for the WileyX pro:

Wheeler showed up at his very first BFL tournament – the 2010 Buckeye Division season opener on Grand Lake at St. Mary’s in northeast Ohio – with a borrowed boat and truck, after striking a deal with his parents that he would take one year off in between high school and college to make a run at fishing tournaments for a living.

He made the most of it, leaving that first BFL with a $3,089 check and a first-place trophy (which he shared with Sean Weida after both weighed 11 pounds, 7 ounces).

More importantly, the win gave Wheeler the momentum to qualify for the 2010 BFL Region 5 championship on Kentucky Lake, where he finished fifth to earn a berth in his first-ever All-American.

“I told my mom and dad, ‘Give me one year before I go to college to go fishing and see what I can do,’ and thankfully I tied for the win and qualified that fall to fish the All-American,” Wheeler said. “I knew that things were going to have to go right for me to legitimately make a living fishing. The odds of it working were slim to none, to be honest, but I was 19. My attitude was ‘Let’s go, we can do this!’”

Wheeler made a statement on the first day at the 2011 BFL All-American on Louisiana’s Cross Lake, popping 18-6, the biggest bag of the tournament by nearly 7 pounds. He would go on to weigh 36-3 in four days for a 7-pound win, leaving Shreveport-Bossier City and his first All-American with the champion’s trophy, a check for $100,000, and a berth in the 2011 Forrest Wood Cup.

“When I first watched Jacob when he won that All-American, I couldn’t imagine how a guy at his age could be so well-schooled on so many things,” said FLW Senior Director of Operations Bill Taylor, who served as FLW’s tournament director for 19 years. “It wasn’t just that he was good with a jig or a spinnerbait, he could do literally anything. I thought to myself ‘Man, this guy is really, really skillful’, and since then he’s just grown and gotten better.”

Wheeler didn’t win his first Cup, though: he finished 12th on Lake Ouachita in 2011 before claiming the Cup in 2012 on Lake Lanier (making him the youngest FWC champion in FLW history)

The first-ever BASSfest brought together the 107 anglers of the Bassmaster Elite Series and 33 qualifiers from the Bass Pro Shops Opens for a 140-man battle on Chickamauga. As one of the 33 qualifying Open anglers, Wheeler found himself in a field for the first time with Kevin VanDam, Edwin Evers, Greg Hackney, Jason Christie, Skeet Reese, Aaron Martens, Mark Davis and a roster of all-time greats whom he would eventually compete again on the Bass Pro Tour.

“I’d been going to Chickamauga every winter for weeks at a time from the time I was 17 or 18, so I already knew that lake pretty well,” Wheeler said. “But that win was a big, big deal to me, because I was fishing against guys I’d idolized: VanDam, Iaconelli, Aaron, Hackney, all those guys.”

Although his BASSfest victory was technically his first win with the organization, Wheeler entered the 2017 season as an Elite Series rookie, fishing his first regular-season event on Cherokee Lake, Tennessee in the season opener.

Wheeler won the event by 10 ounces, weighing in 18-3 on the final day (the biggest bag of the day) to eke out a win over Jamie Harman and Jesse Wiggins.

2019 World Championship on the Mississippi River

Wheeler qualified into his first MLF General Tire World Championship by racking up first- and fifth-place finishes in the 2019 Challenge and Summit Cups, and then worked his way into the Championship Round of the 2019 WC by finishing second in his Elimination Round and winning the Sudden Death Round.

He was a juggernaut in the final round, running away with the World Championship trophy with 15 fish for 47-12 on Lake Bruin, which was nearly 10 pounds more than the combined weight of the three other anglers competing that day.

“That was one of the most dominant days in competitive bass fishing history … at ANY level,” MLF analyst Marty Stone observed. “What we’re witnessing with Jacob is pretty special, and I could give you a list a mile long about what separates him. He’s just ahead of every curve.”