ETBU Gets School of the Year Rings 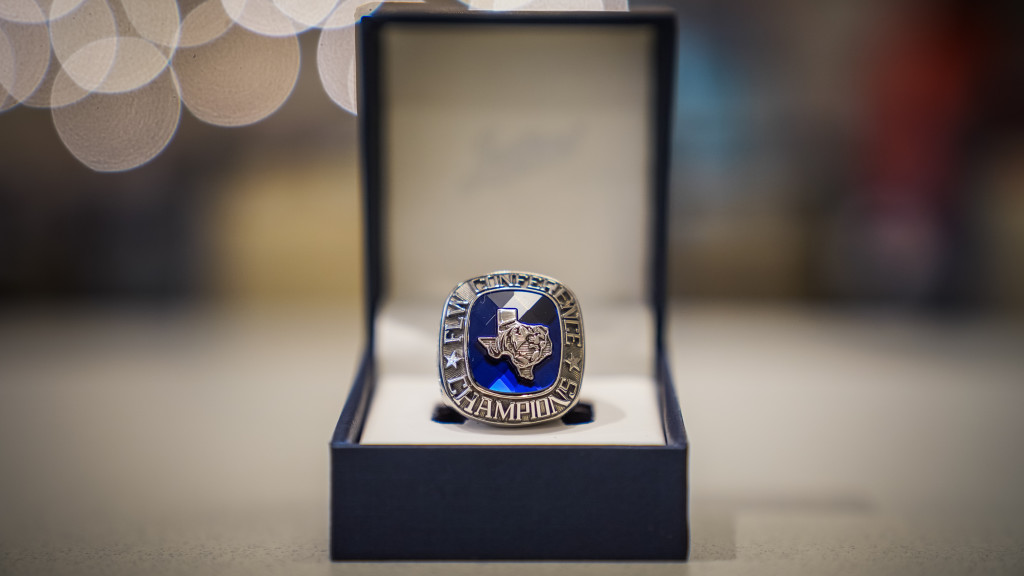 On a national and conference level, the top schools are ranked based on their two highest finishing teams in each event. In the Southern Conference in 2019, East Texas Baptist University (ETBU) took home the title with the following finishes:

Tallying up 1,752 points for the season, ETBU beat out Tarleton State-Stephenville by 16 points to earn the Southern Conference School of the Year title. ETBU considers its bass fishing team to be a varsity sports team, and Vice President for Athletics and Director of Athletics Ryan Erwin, Bass Fishing Head Coach Cameron Burger and Dr. J. Blair Blackburn, the university president, made the rings happen.

“I want to offer my anglers things that help promote the sport, and that get them excited about doing well in competition,” says Burger. “When you think about a baseball team or basketball team in college, when they win their conference, typically rings are involved. At least, at ETBU they are. I looked at it as we’re fishing against a pretty stout Southern Conference, and for us to finish as the Southern Conference School of the Year, I thought we needed a certain award for the guys.”

Cody Ross, a sophomore majoring in business administration who fishes for the team, agrees that the rings are very cool.

“This is the first time we’ve ever had a piece of recognition like that from the school,” says Ross. “Me and my partner, when we’ve won, we got letters from the president of the university, but that’s about all the recognition we’ve had as far as things like that.”

The rings are made by Jostens, and they have the ETBU logo in the center with Mark 1:17 (the team bible verse) and the logo of Skeeter, the team’s title sponsor, on one side. On the other side, there’s a small fish and the name of the angler to whom the ring was awarded.

Burger, who fished and coached at Dallas Baptist University previously, says that recently the ETBU team has started working together more than ever.

“Fishing is a self-made sport. You can look at the pros, and their success is based on their personal achievement and personal performance,” says Burger. “But, when you look at us, if we were to win a national championship, that’s great for the two guys that won it, but the trophy doesn’t say their name. It says the school. That’s what I base how I coach them on. The first year I coached was 2016, and it was based a lot on individual teams. We travel with four boats, and starting out, each boat was against everybody, our team included. You can see our accomplishments this past year, and that was directly from working together as a team: coming together at night after practice, and really breaking a lake down in order to figure a lake out and be successful across the board.” 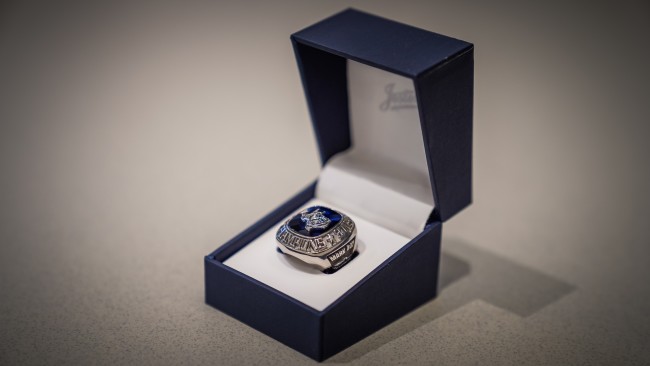 Ross says that having School of the Year on the line definitely affected the season, particularly in the first two tournaments.

“At the first tournament, we had it in mind, because we knew it was the top two teams,” Ross says of the Rayburn event. “At that tournament, we found our other team and told ’em where we had been fishing. That’s something we really like, that we’re able to feed off of each other.

“We estimated we had about 21 pounds, and we told them it was a spot they could catch some keepers, because they only had one. Lo and behold, they pulled up and caught the biggest bass of the tournament, and they had right at 22 pounds.”

After it was all said and done, Brett Clark and Ross weighed 24-4 for the win, and Mason Beatty and Jacob Keith weighed an even 22 pounds for second. Just like that, ETBU was off to the races.

“We’re really trying to push the team aspect,” says Ross. “The team hasn’t been like that forever, but there are some of us that are trying to push that aspect – let’s achieve things as a team rather than individuals, and it will make everybody better, not just you. When it’s the top two teams from each school, just one team can’t go out and catch them pretty good. It makes people realize you need to help each other out to get the school where it needs to be.”

That strategy certainly paid off. The ETBU fishing team includes 16 anglers, and six of them directly contributed to the School of the Year win with their finishes. Although the 2020 season hasn’t started yet in the Southern Conference, there’s every reason to think that ETBU will be in the thick of things again when they kick off on Fort Gibson at the end of March.