Industry legend was a pioneer of professional bass fishing 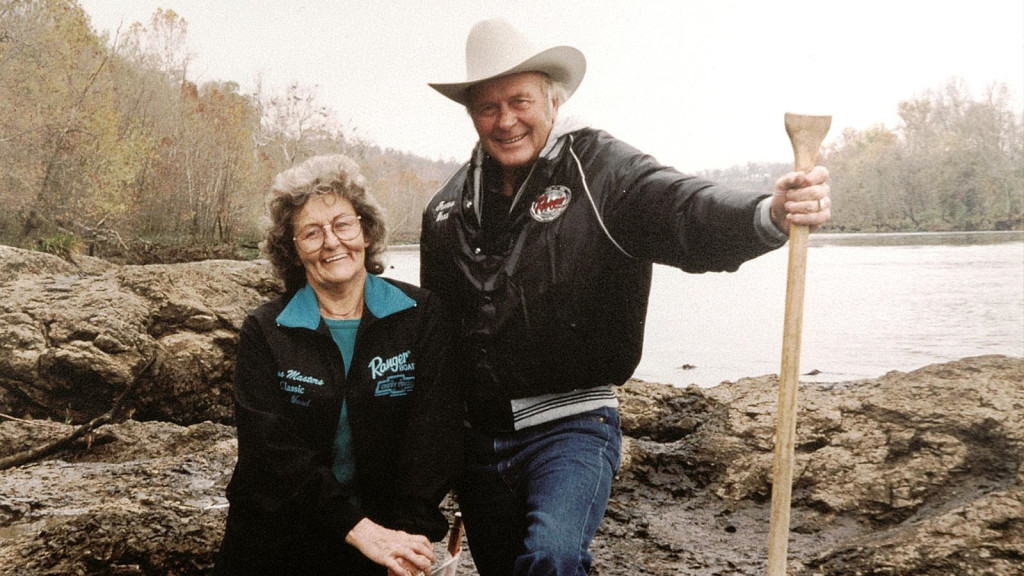 Surrounded by his family, Forrest Wood passed away in a Mountain Home, Ark., hospital just after 9 a.m. Saturday, four days after suffering a heart attack in his home. Wood, who was 87 at the time of his death, was the founder of Ranger Boats of Flippin, Ark. A pioneer of bass tournament fishing, he helped launch the careers of hundreds of aspiring tournament anglers through sponsorships. During his 20-year span at the helm of the company he founded with his wife, Nina, Forrest is credited with laying the groundwork for the modern bass boat through his innovative designs and engineering advancements.

Forrest’s fame and standing in the boating and fishing communities garnered him accolades and awards throughout his long career. He opened a museum near the Ranger Boats plant outside Flippin to contain all the memorabilia and plaques he collected over the years. He was an inductee of every major hall of fame associated with the outdoors, including those of the International Game Fish Association, the Bass Fishing Hall of Fame and the National Marine Manufacturers Association Hall of Fame.

The origins of his fame can be traced back to the late ’60s, when his association with B.A.S.S. founder Ray Scott during the formative years of tournament fishing provided him with the platform to build boats that accommodated the needs of the sport’s participants. Forrest made the most of it. Improvements such as aerated livewells, carpeted decks, rod lockers, foam flotation, pultruded fiberglass transoms and other advancements helped make Ranger Boats an industry leader. Ranger was the sponsor of the Bassmaster Classic for 29 years, and many champions – Hank Parker, Denny Brauer, Guido Hibdon, George Cochran, David Fritts among them – were Ranger pros.

The company opened for business in 1968 with the construction of six boats. Prior to then, Forrest and Nina and their four daughters ran a successful trout-fishing guide service on the rugged White River near their home. Growing up in a rural area of northern Arkansas, high school sweethearts Forrest and Nina otherwise might have lived simple lives had it not been for the confluence of events and opportunities that eventually worked to their advantage.

As their boat-building business began to grow, the couple opened a larger plant. On a May morning in 1971, as he watched the plant go up in flames due to an accidental fire, Forrest made the decision that would define him and cement his legend. As tough and resilient as the name of his company suggested, he decided to go forward, to take the few orders he had then and fill them, and to rebuild Ranger Boats. It took 40 days for production to resume. Not only did the company survive that catastrophe, but it grew to become a giant in the outdoor world. His determination and the stand he took then will be one of the attributes for which Forrest will be remembered.

Forrest was known for his wry sense of humor and years later noted that the Ranger fire “couldn’t have been an ‘insurance fire,’ because we didn’t have any.”

After Forrest sold Ranger Boats in 1987, he took up cattle ranching and hay farming on his many land holdings along the White River Valley. He was still active in the tournament scene and became the namesake for a new tournament series that borrowed his initials: FLW. Though Forrest, who was an avid tournament fisherman in the early ’70s, didn’t compete in FLW events, he was active as an honorary host in them. Among his favorite tournaments were those that involved youngsters or competitors who had 9-to-5 jobs and fished on weekends. 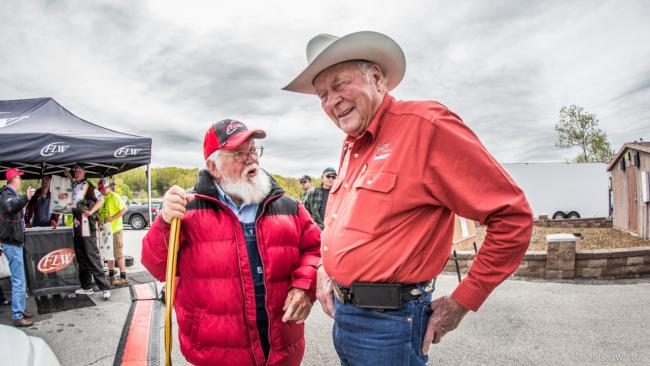 Forrest felt comfortable and contented in the presence of those who came from similar backgrounds as he. At boating and fishing shows, long lines of autograph seekers would form wherever Forrest and Nina were stationed. His hallmark features were a Stetson cowboy hat and Western clothing. Nina’s were a ready smile under twinkling eyes. Forrest and Nina were married for 68 years, and were grandparents and great-grandparents many times over.

Forrest Wood never knew a stranger, as the saying goes. He always had time to visit, to laugh at somebody’s joke or pose for photos with fans of all ages. He relished such moments. He liked people, and they liked him. As those who knew him well can attest, Forrest never considered himself anything other than a common man who had worked hard at something to take care of his family. He never put on airs. He never let the world and its distractions veer him from the best values that his humble upbringing imprinted.

“Forrest was the real deal,” notes Randy Hopper, Forrest’s son-in-law and Ranger president for 26 years. “He accomplished a lot of important things in his life, but I think the accomplishment he was proudest of was his family, and certainly his wife, Nina.”

Orators and essayists speak of American exceptionalism, that rare quality that marks the nation as something special in the world. Yet it is not so much a product of the collective that makes America great, but that it is the home of ordinary people with the gumption to do extraordinary things. That, too, is part of the Forrest Wood legacy.