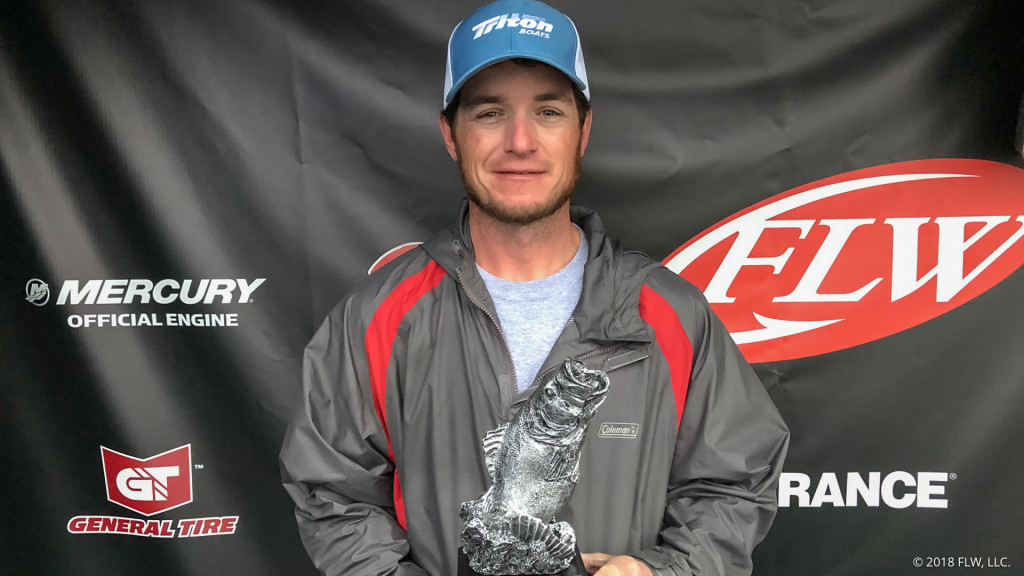 Remitz said that he stuck with a pattern in a two-mile stretch of the lake for the entire day, catching 25 to 30 fish.

“I didn’t get to spend very much time on the water before the tournament, and I really think that helped me,” said Remitz, the 2007 Bassmaster Elite Series Rookie of the Year who earned his first career win in FLW competition. “Rather than running around burning 40 gallons of gas, I put the trolling motor down and never left the stretch that I was fishing. I was looking for the deepest, greenest grass that was close to where I thought they were going to spawn.”

Remitz said that he caught his fish alternating between a lipless crankbait and a squarebilled crankbait.

“The main thing was just covering water,” he said. “I’d catch 3 or 4 off of each little stretch of grass. The nice thing was that you knew if you were the right spot because you’d get bit in the first five minutes of being there.

“I had pretty close to my weight around 11:30, but I caught a 9-pounder around 1 p.m. that really sealed the deal for me,” Remitz went on to say. “I got lucky and was fortunate to run across a few groups of fish that were staging and willing to bite.”

Jeff Ragsdale of Gardendale, Alabama, caught a largemouth weighing 10 pounds even – the heaviest of the event in the Boater Division – and earned the day’s Boater Big Bass award of $860.

Jason Risley of Cordova, Tennessee, caught the largest bass in the Co-angler Division – an 11-pound, 3-ounce largemouth – that earned him the day’s Co-angler Big Bass award of $430.