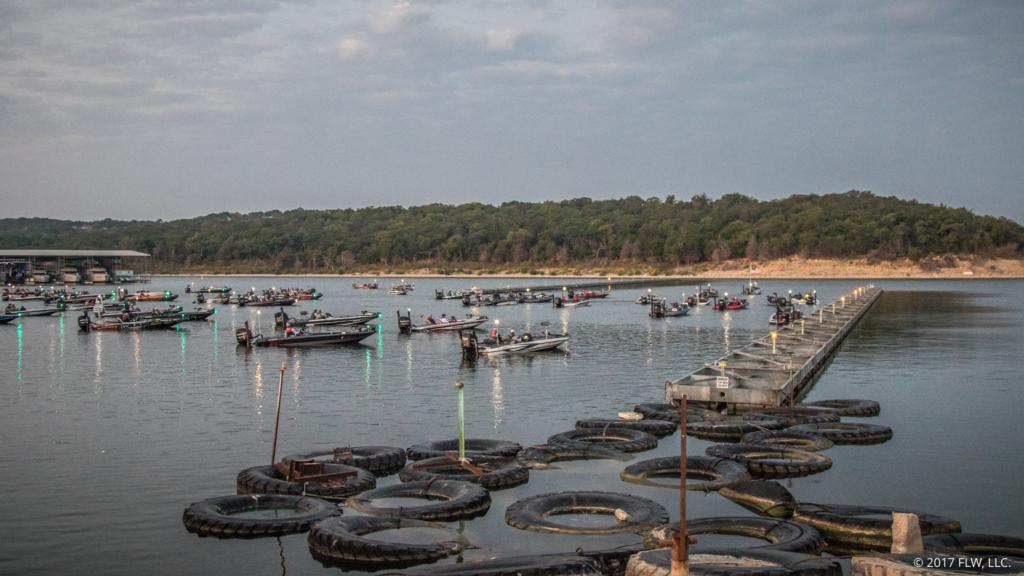 DENISON, Texas – YETI FLW College Fishing will continue the 2018 fishing season with an event April 7 on Lake Texoma. The tournament, hosted by the Denison Area Chamber of Commerce, is the second of three regular-season events for anglers in the Southern Conference, and will feature a top prize of a $2,000 club scholarship and an invitation to compete in the 2019 College Fishing National Championship.

“They’re going to catch them pretty good at Texoma and it should be a really fun tournament,” said FLW Tour pro and former College Fishing standout Andrew Upshaw, who has three top-12 finishes on Lake Texoma in Costa FLW Series competition. “The majority of the largemouth should be spawning, or just about to spawn. The smallmouth will likely already have spawned, so the chances of catching a 3½ to 4 pound smallmouth are pretty good. I think the winning team will probably have a mixed bag – a few big largemouth and a few big smallmouth.”

Upshaw said that the majority of the big fish live on the south end of the lake – within six miles of the dam – and he expects that a big grouping of college competitors will likely be found in that area.

“Sight fishing is going to be the deal for most of the teams,” Upshaw said. “You can’t beat a (Gene Larew) Biffle Bug – it’s my number one bait when sight fishing. I’d also have something compact tied on, like a (Gene Larew Jacob Wheeler) Hammer Craw.

“I’d recommend doing a little homework and looking at what past winners have done this time of year,” Upshaw continued. “If I wasn’t sight fishing, I’d be cranking a (Bill Lewis) Echo 1.75 squarebill around rocks. (Ray) Hanselman won a couple of years ago throwing a frog around spawning areas. A big 6- to 8-inch swimbait in the clear water around docks could catch some big ones that are staging.

“My biggest recommendation if you’re looking to win is to pick up baits that you know are going to catch big ones,” Upshaw went on to say. “Between a frog, a big swimbait and a Biffle Bug, I don’t think you can beat those three options.”

Upshaw predicted that the winning team would bring a five-bass limit nearing 22 pounds to the scale.

Competitors will take off from the Highport Marina, located at 120 Texoma Harbor in Pottsboro, at 7 a.m. CST Saturday. Weigh-in will be held at the marina beginning at 3 p.m. Takeoff and weigh-in are free and open to the public.

Schools registered to compete in the Lake Texoma tournament include: