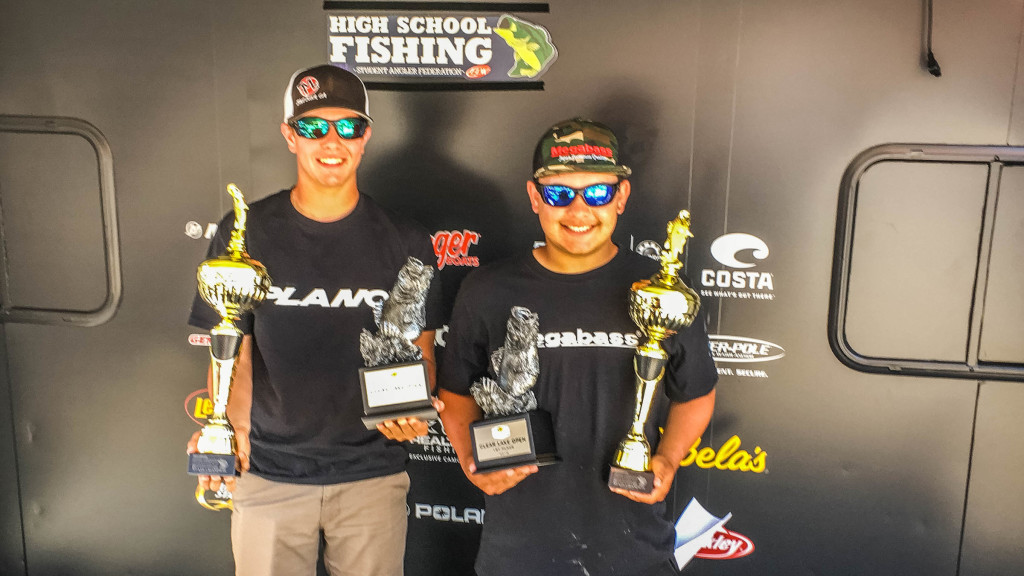 According to post-tournament reports, the duo caught their limit on the south end of Clear Lake, fishing docks in 5 to 8 feet of water. Their key bait was a 6-inch Margarita Mutilator-colored Roboworm on a drop-shot rig and an unnamed wacky-rigged weightless worm.

A field of 72 teams competed in the no-entry fee tournament, which was a combined event for high-school anglers. Teams from across the U.S. were eligible to compete in the Clear Lake Open, while only California schools competed in the California State Championship. The combined tournaments launched from the Konocti Vista Casino Resort and Marina in Lakeport. In FLW/TBF High School Fishing competition, the top 10-percent of teams competing advance to the High School Fishing National Championship.

The top seven teams on Clear Lake that advanced to the 2018 High School Fishing National Championship were: