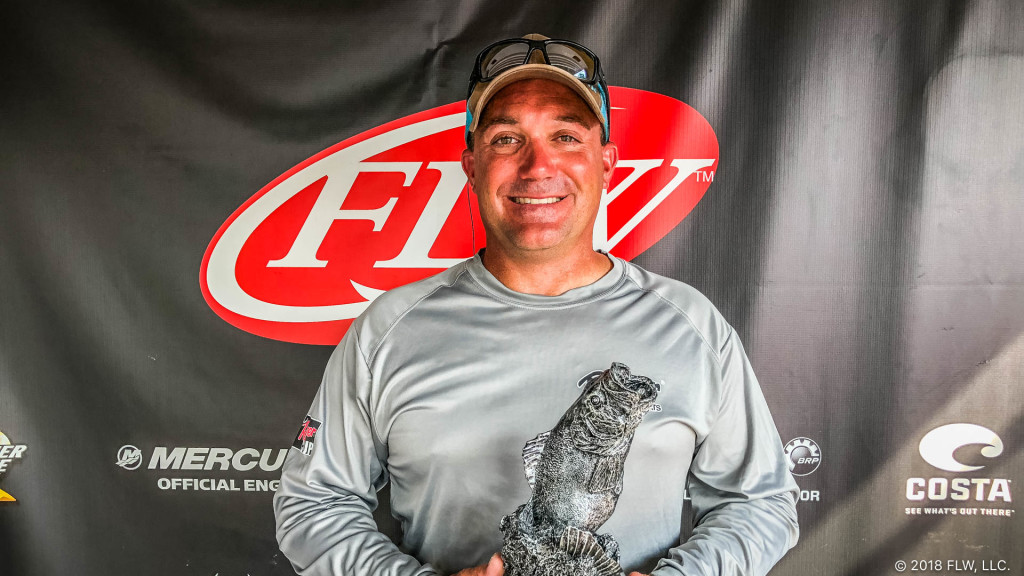 Haake said he fished rocky humps and ridges in 12 to 20 feet of water on the north shore of Lake Erie. He said he wasn’t able to practice for the event due to inclement weather, but was able to use prior knowledge of the fishery to help piece together his day.

“I ran to some areas in the morning that I knew had fish this time of year. At the first stop, I had some suspended fish marked but they wouldn’t bite,” said Haake, who earned his first win in BFL competition. “There were a lot of wind and waves, and the water was pretty stirred up.”

Haake said he made his way farther east, but ended up returning to his initial area between 11:30 a.m. and noon with only two small fish in the livewell. He said the wind and waves were much calmer by that time, and that the bite picked up considerably.

“It was pretty much cast after cast when I got back,” said Haake. “I caught a lot of the bigger ones at first and then they seemed to get smaller. I didn’t mark any more fish because they were tight to the bottom. There were probably around 10 spots in there that they held on. They move around hourly – it’s like I was chasing them.”

Haake said he caught his fish on a drop-shot rig using an Arkansas Shiner-colored Strike King 3X ElazTech Z Too Soft Jerkbait. He also had some hit a medium-diving crankbait, but wasn’t able to keep them hooked. He said he caught around 15 fish throughout the day, with 90-percent of them being keepers.

“The Spot Lock feature on my Minnkota Ultrex trolling motor really helped me out there as well,” said Haake. “Being able to move over in 5-foot increments, especially with the waves, was important.”

Bret Holling of Lansing, Michigan, brought a 5-pound, 15-ounce, bass to the scale – the heaviest of the event in the Boater Division – and earned the day’s Boater Big Bass award of $490.

Darwin Griva of Hamilton, Indiana, caught the largest bass in the Co-angler Division weighing in at 5 pounds, 11 ounces. The catch earned him the day’s Co-angler Big Bass award of $122.