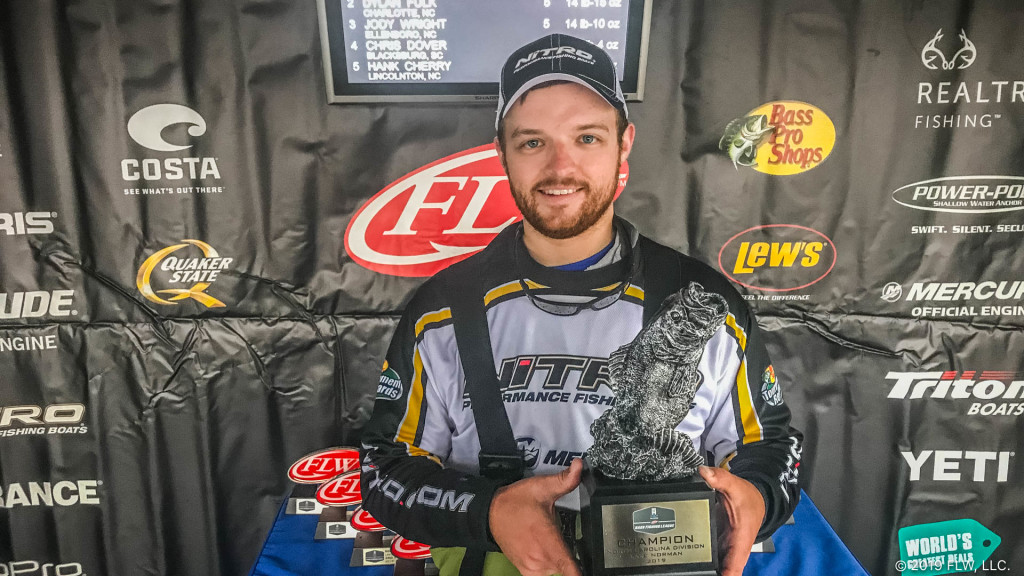 Orellana said he split his day between the upper and lower ends of Lake Norman, catching seven or eight keepers in the process.

“I started out fishing rocks in the morning, on the upper side of the lake, in dingy water. The water levels were up and I used moving baits,” said Orellana, who notched his first career victory in FLW competition. “I caught one that I weighed from the bank around rocks. After that, the wind picked up so I chased it. It’s a wind-driven lake.

“I headed to the lower side of the lake because it’s more wide open. I fished prespawn areas in the creeks – they were pretty much wind-blown banks,” continued Orellana. “I used C-Maps on my Lowrance electronics to find some of the steeper banks. There were banks that had a foot or so of water on them, and they didn’t seem to be as good as the ones that had 5- to 6-feet of water right off them.”

Dover caught a 4-pound, 13-ounce bass – the heaviest of the event in the Boater Division – and earned the day’s Boater Big Bass award of $550.

Jeter caught the largest bass in the Co-angler Division, a fish weighing in at 5 pounds, 2 ounces. The catch earned him the day’s Co-angler Big Bass award of $275.

The tournament was hosted by the Mooresville Convention & Visitors Bureau.