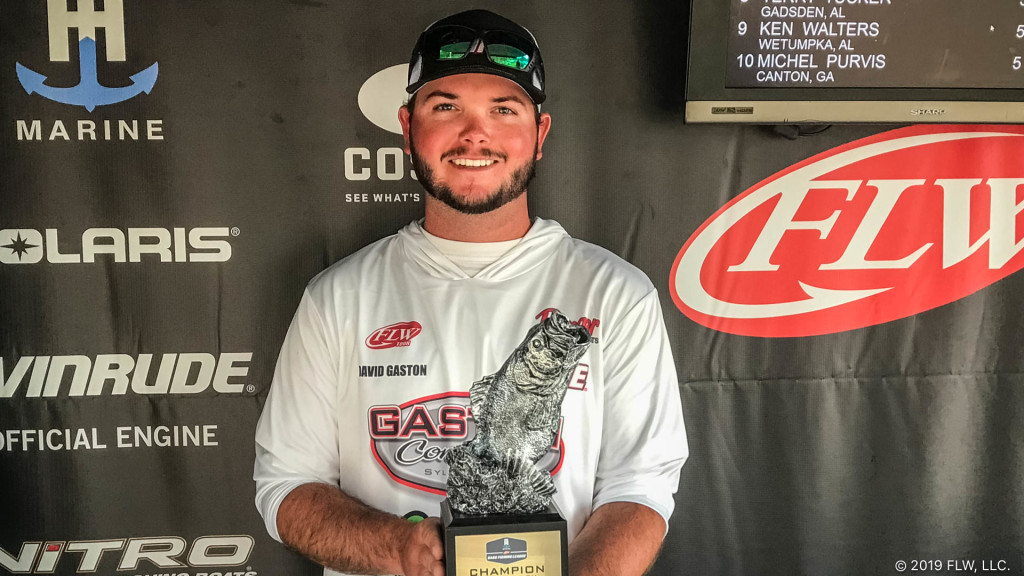 “I fished shallow brush piles in 2 to 3 feet of water in Madwin and Sandy creeks,” said Gaston, who earned his second career victory on Lake Martin in BFL competition. “I worked areas in both creeks, and hit probably 40 different brush piles. I would pull up and flip them 5 or 6 times, and then move on.”

Gaston said he caught eight or nine keepers throughout the day, using a black and blue-colored D&L Baby Advantage Casting jig with a Strike King Menace Rage Tail Craw of the same color. He also weighed one off of a Delta Red-colored Strike King 1.5 KVD HC Silent square-billed crankbait. He used P-Line 20-pound-test Tactical Fluorocarbon line, which he said ended up being a crucial part of his catch.

“They were really subtle bites. They didn’t thump the bait, they kind of just picked it up and held onto it and the sensitivity of the line helped me feel them.”

Dusty Robinson of Eclectic, Alabama, caught a 6-pound, 10-ounce largemouth – the heaviest of the event in the Boater Division – and earned the day’s Boater Big Bass award of $490.

Marlowe caught the largest bass in the Co-angler Division, a fish weighing in at 5 pounds, 14 ounces. The catch earned him the day’s Co-angler Big Bass award of $242.

The tournament was hosted by the Alexander City Chamber of Commerce.