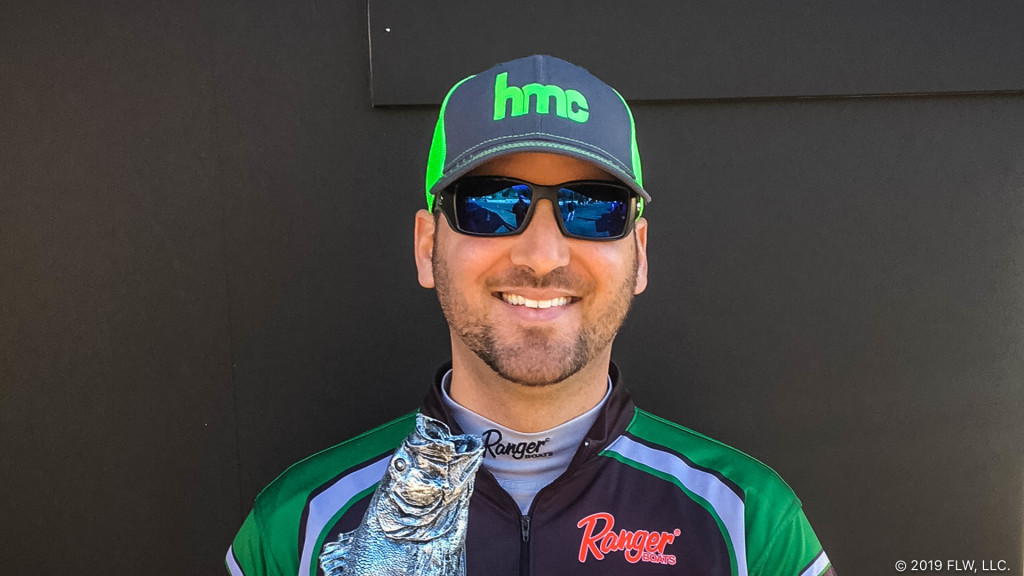 “I worked through three or four mid-lake pockets and primarily fished laydowns. I caught fish in 15 to 20 feet of water and ended up with eight keepers,” said Singleton, who earned his first career victory as a boater on Dale Hollow Lake. “At the start of the morning I used a white custom spinnerbait with a white trailer that I’d done well with in practice, but after 9 [a.m.] or so, the sun got up and that bite died off. I switched over to a shaky-head rig and immediately started catching fish. I pretty much upgraded throughout the day.”

Singleton’s shaky-head rig consisted of a green-pumpkin-colored Zoom Trick Worm on a 3/8-ounce Buckeye Lures Spot Remover jig head. He said he ended up weighing four largemouth and one smallmouth – two from the spinnerbait and three from the shaky-head rig. His day was capped off with a 5½-pound smallmouth, which he caught on the shaky-head with 20 minutes left to fish.

“This was an awesome win for me. I got my first win here as a co-angler back in 2007, and now I have my first win as a boater here,” said Singleton.

Bennie Mutter of Glasgow, Kentucky, caught a 5-pound, 8-ounce bass – the heaviest of the event in the Boater Division – and earned the day’s Boater Big Bass award of $565.

Williams caught the largest bass in the Co-angler Division, a fish weighing in at 5 pounds, 5 ounces. The catch earned him the day’s Co-angler Big Bass award of $282.