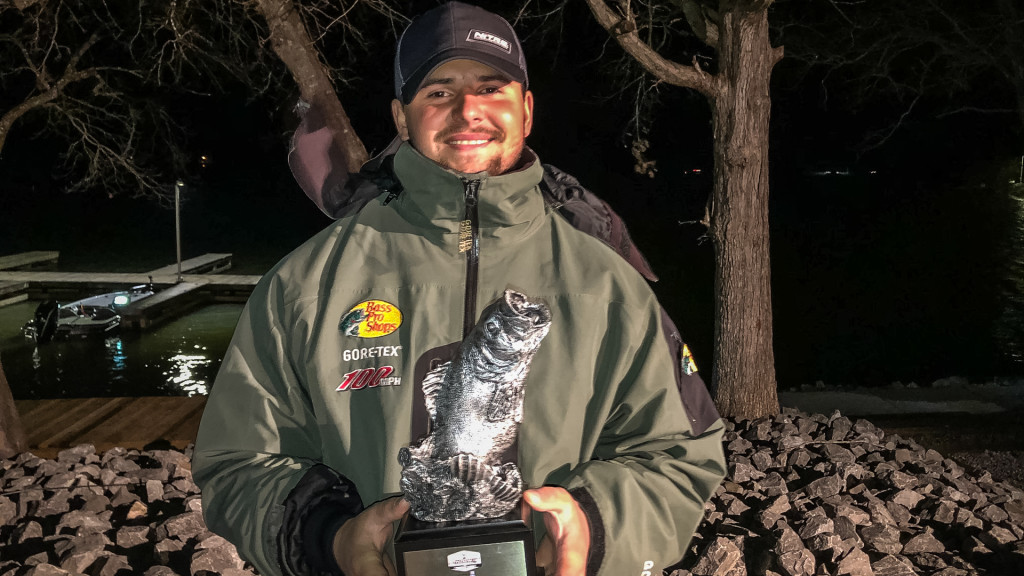 “This is awesome,” said Swindle, who earned his first career win in Bass Fishing League competition. “My dad has fished in BFL tournaments since I can remember, and I’ve seen him bring home a couple of trophies over the years. So to get one of my own is pretty special, and I’m so proud to be bringing this home.”

Swindle said that he spent the day fishing up past the B.B. Comer Bridge, because he knew that the fishing pressure would not be as bad. One a tough day where most anglers had to scramble to catch a limit, Swindle boated more than 40 keepers throughout the day.

“I commited to a jig and a crankbait for most of the day,” Swindle said. “I had some deeper stuff and some shallow stuff, but most of my fish came from 6-foot of water. My key bait was a green-pumpkin-colored structure jig with a twin-tail grub trailer.”

Rick Williams of Decatur, Alabama, brought a 7-pound, 6-ounce largemouth to the scale to win the day’s Boater Big Bass award of $1,000.

Jim Leary of Guntersville, Alabama, took home an extra $500 as the highest finishing FLW PHOENIX BONUS member. Boaters are eligible to win up to an extra $7,000 per event in each Phoenix Bass Fishing League presented by T-H Marine tournament if all requirements are met. More information on the FLW PHOENIX BONUS contingency program can be found at PhoenixBassBoats.com.

Chase Fleeman of Summertown, Tennessee, caught the largest bass in the Co-angler Division, a fish weighing in at 8 pounds, 3 ounces. The catch earned him the day’s Co-angler Big Bass award of $500.

The 2020 Phoenix Bass Fishing League presented by T-H Marine on Lake Guntersville was hosted by the Mountain Lakes Chamber of Commerce. It was the opening event of five qualifying tournaments in the Choo Choo division.