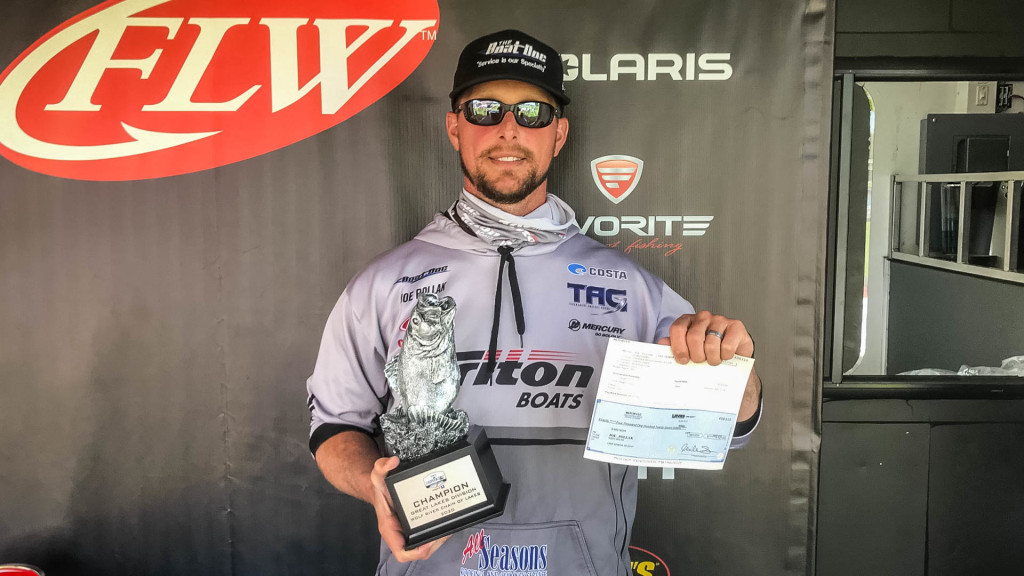 “I went up the Wolf River and ended up catching a few fish on swimjigs,” said Pollak, who earned his third career victory in FLW competition. “I didn’t really catch them good, and it took a little bit to figure them out. Towards the end of the day I switched to a Carolina rig as I was fishing back down and upgraded a few times.

“I ended up having a few largemouth to go along with three smallmouth,” Pollak continued. “It was definitely unexpected. I was fishing for smallmouth, so when the largies popped up I was surprised.”

Miller claimed the day’s Boater Big Bass Award of $575 after bringing a 4-pound bass to the scale.

Alan Pierschalla of Slinger, Wisconsin, caught the largest bass in the Co-angler Division, weighing in at 3 pounds, 12 ounces. The catch earned the day’s Co-angler Big Bass award of $285.

The 2020 Phoenix Bass Fishing League presented by T-H Marine on the Wolf River Chain of Lakes was the opening event of five qualifying tournaments in the Great Lakes division.