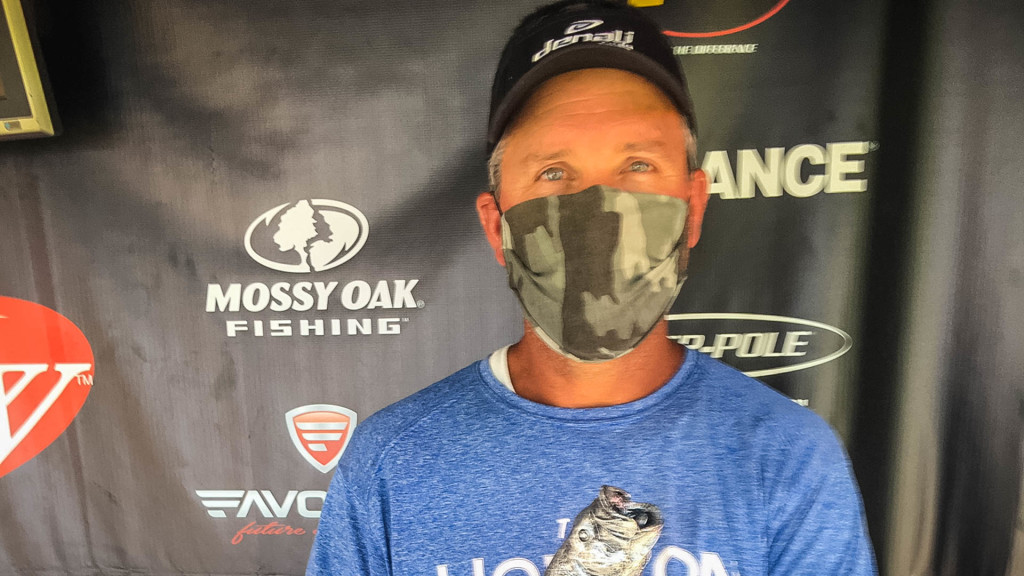 RUSSELLVILLE, Ark. – It was a double-header for bass anglers this past weekend in Russellville with the Phoenix Bass Fishing League presented by T-H Marine on Lake Dardanelle events. FLW, the world’s largest tournament-fishing organization, rescheduled the events after the coronavirus pandemic forced the organization to pause competition in mid-March.

Boater Wayne Dixon of Morrilton, Arkansas, brought three bass to the scale totaling 10 pounds, 11 ounces to win Saturday’s event and earn $5,127, but Mabelvale’s Quincy Houchin was the big winner on the weekend. Houchin finished second Saturday – good for $3,139 – then backed it up with a win on Sunday, which earned him the top prize of $12,309, including the lucrative $7,000 FLW PHOENIX Bonus contingency award.

Houchin also cashed the Boater Big Bass Award in both days of competition, weighing a 4-pound, 11-ouncer on Saturday to win $575 and a 5-pound, 10-ounce bass on Sunday to earn $505.

“The key was staying consistent with it,” Houchin said. “I figured out a little something – certain targets and how they lined up on the bank – and that was key this weekend.”

“The tough conditions played to my advantage,” said Dixon, who picked up his second career FLW win Saturday. “I fished on the lower end of the lake, fishing rock and brush that was 5 to 15 feet deep. I caught seven keepers on multiple different baits.”

Houchin was the highest-finishing FLW PHOENIX BONUS member and took home an extra $500 Saturday. Boaters are eligible to win up to an extra $7,000 per event in each Phoenix Bass Fishing League presented by T-H Marine tournament if all requirements are met. More information on the FLW PHOENIX BONUS contingency program can be found at PhoenixBassBoats.com.

Bradley McDaniel of Wynne, Arkansas, caught the largest bass in the Co-angler Division Saturday, weighing in at 5 pounds, 1 ounce. The catch earned him the day’s Co-angler Big Bass award of $282.

On Sunday, Houchin said he caught his fish throwing a black buzzbait and flipping an unnamed black-and-blue-colored Beaver-style bait.

“I started at the same place I caught a big one on Saturday and never caught a fish,” Houchin said. “I started working my way upriver and I ended up finding them. They bit much more aggressively today (Sunday).”

Complete results for Sunday’s event on Lake Dardanelle can be found at FLWFishing.com.

Payne caught the largest bass in the Co-angler Division, weighing in at 5 pounds, 13 ounces. The catch earned the day’s Co-angler Big Bass award of $252.

The 2020 Phoenix Bass Fishing League presented by T-H Marine Double-Header on Lake Dardanelle was hosted by Russellville Advertising & Promotions. It was the second and third of five qualifying events in the Arkie Division.

The top 45 boaters and co-anglers in the Arkie Division based on point standings, along with the five winners of each qualifying event, will be entered in the Oct. 22-24 Bass Fishing League Regional Championship on Table Rock Lake in Branson, Missouri, hosted by ExploreBranson.com. Boaters will compete for a $60,000 prize package, including a new Phoenix 819 Pro bass boat with a 200-horsepower Mercury outboard and $10,000, while co-anglers will fish for a new 18-foot Phoenix bass boat with a 200-horsepower outboard.