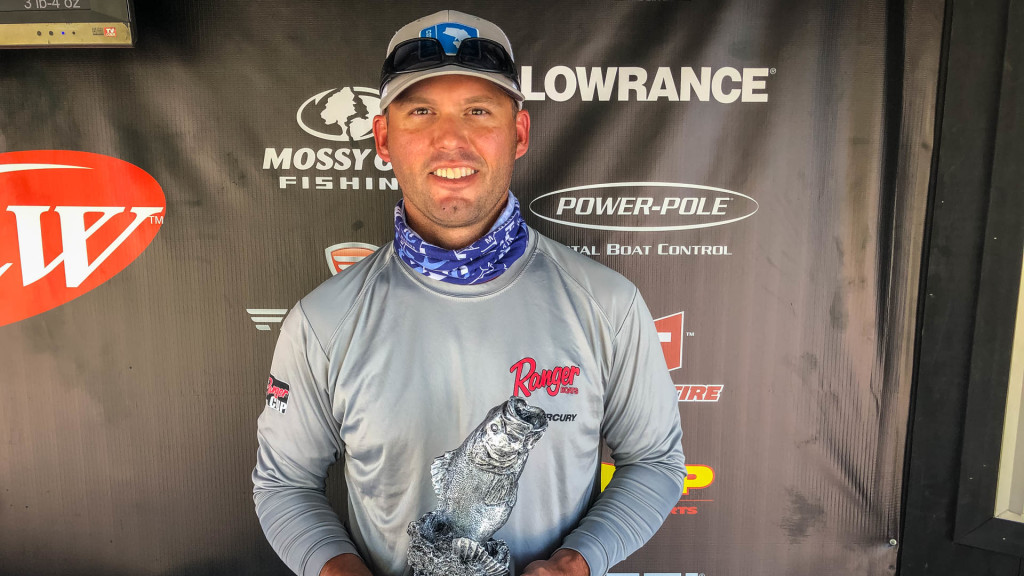 CANNELTON, Ind. – Boater Marty Sisk of Evansville, Indiana, brought a five-bass limit to the scale Saturday weighing 7 pounds, 9 ounces to win the Phoenix Bass Fishing League presented by T-H Marine event on the Ohio River in Cannelton, Indiana. For his victory, Sisk earned a total of $3,718.

Sisk was one of just two limits weighed in Saturday, as the Ohio River was fishing tough for competitors. Sisk said that he was happy to have caught five.

“I caught my first bass of the day on a spinnerbait, and the rest came flipping a black neon-colored tube,” said Sisk, who earned his sixth career FLW victory. “It was very tough, but I was happy to catch what I had.”

Boater Nick Uebelhor of Loogootee, Indiana, took home an extra $500 as the highest finishing FLW PHOENIX BONUS member. Boaters are eligible to win up to an extra $7,000 per event in each Phoenix Bass Fishing League presented by T-H Marine tournament if all requirements are met. More information on the FLW PHOENIX BONUS contingency program can be found at PhoenixBassBoats.com.

Sanders caught the largest bass in the Co-angler Division, a fish weighing in at 3 pounds, 15 ounces. The catch earned him the day’s Co-angler Big Bass award of $242.

The 2020 Phoenix Bass Fishing League presented by T-H Marine on the Ohio River in Cannelton was the fourth of five qualifying events in the Hoosier Division.