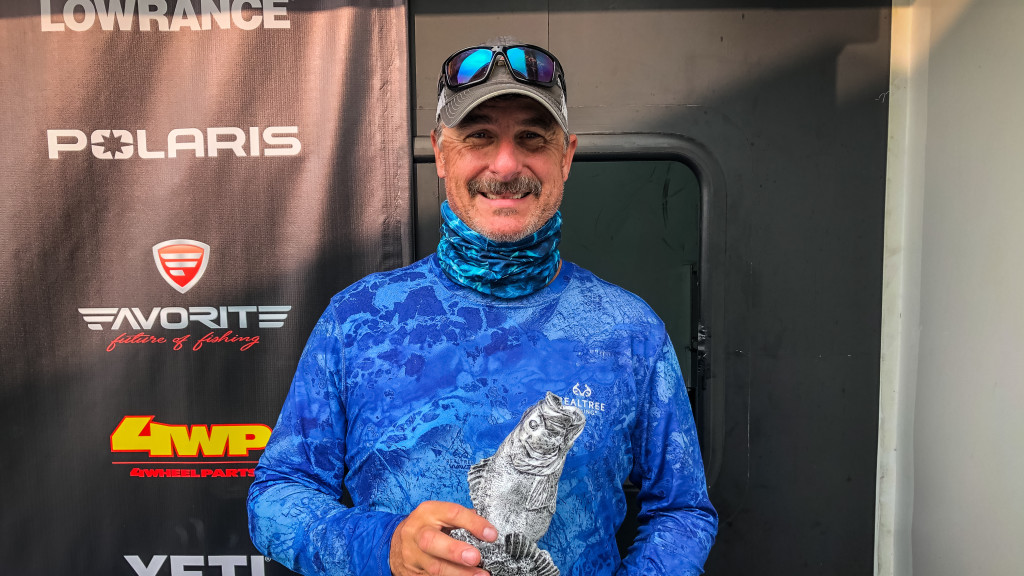 The tournament was the third of five events in the Ozark Division presented by Tournament Anglers Group (TAG).

“My day started off real slow – I went to primary spot and didn’t have fish before 10 o’clock,” said Wallis, who was fishing in his first career Bass Fishing League event. “After the sun popped out I caught a couple of big ones, then the sun went back in and they stopped. Later in the day they started biting again and I caught three more.”

Wallis said that his key baits were a shaky-head rig and a Pig Sticker jig.

Steve Schaefer of Palmyra, Missouri, caught the largest bass in the Co-angler Division, a fish weighing in at 5 pounds, 12 ounces. The catch earned him the day’s Co-angler Big Bass award of $275.