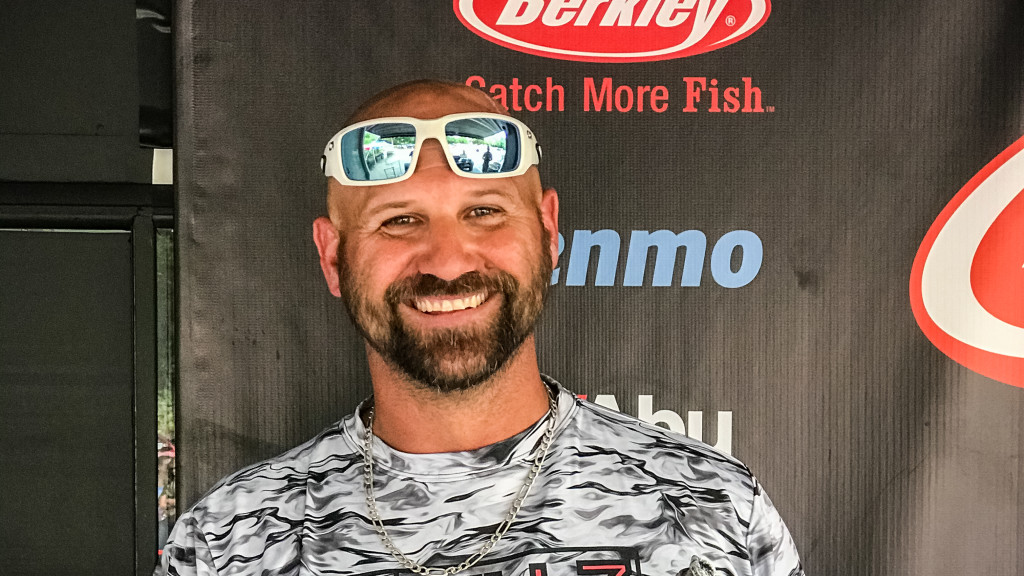 MOORESVILLE, N.C. – Boater Brian Morgan of Mooresville, North Carolina, brought a two-day total of 10 bass to the scale this weekend weighing 24 pounds, 10 ounces to win the Phoenix Bass Fishing League presented by T-H Marine North Carolina Division Super-Tournament at Lake Norman. Morgan earned a total of $5,831 for his victory – his third win of the year in the North Carolina division.

“To be honest, I kind of want to cry right now,” said Morgan, who earned a total of $16,693 in Bass Fishing League tournaments this season. “I can’t even think straight. To win three in a year… unbelievable.”

Morgan said that his key bait throughout the weekend was a jig.

“I caught most of my fish on a jig, but I got my biggest one of the day Sunday on a buzzbait,” Morgan said. “I worked hard for this one. I spent almost three months planting brush piles.”

Baumgardner brought a 4-pound, 1-ounce bass to the scale to win the Boater Big Bass award of $787.

Jake Monti of Mooresville, North Carolina, took home an extra $500 as the highest finishing FLW PHOENIX BONUS member. Boaters are eligible to win up to an extra $7,000 per event in each Phoenix Bass Fishing League presented by T-H Marine tournament if all requirements are met. More information on the FLW PHOENIX BONUS contingency program can be found at PhoenixBassBoats.com.

Medeiros caught the largest bass in the Co-angler Division, a fish weighing in at 4 pounds, 12 ounces. The catch earned him the Co-angler Big Bass award and added $394 to his winnings.

The 2020 Phoenix Bass Fishing League presented by T-H Marine Super-Tournament on Lake Norman was hosted by the Marshall County Convention & Visitors Bureau. It was the fifth and final qualifying event in the 2020 North Carolina Division.

Now, the top 45 boaters and co-anglers in the North Carolina Division based on point standings, along with the five winners of each qualifying event, will be entered in the Oct. 8-10 Bass Fishing League Regional Championship on the James River in Richmond, Virginia, hosted by Richmond Region Tourism. Boaters will compete for a $60,000 prize package, including a new Phoenix 819 Pro bass boat with a 200-horsepower Mercury outboard and $10,000, while co-anglers will fish for a new 18-foot Phoenix bass boat with a 200-horsepower outboard.