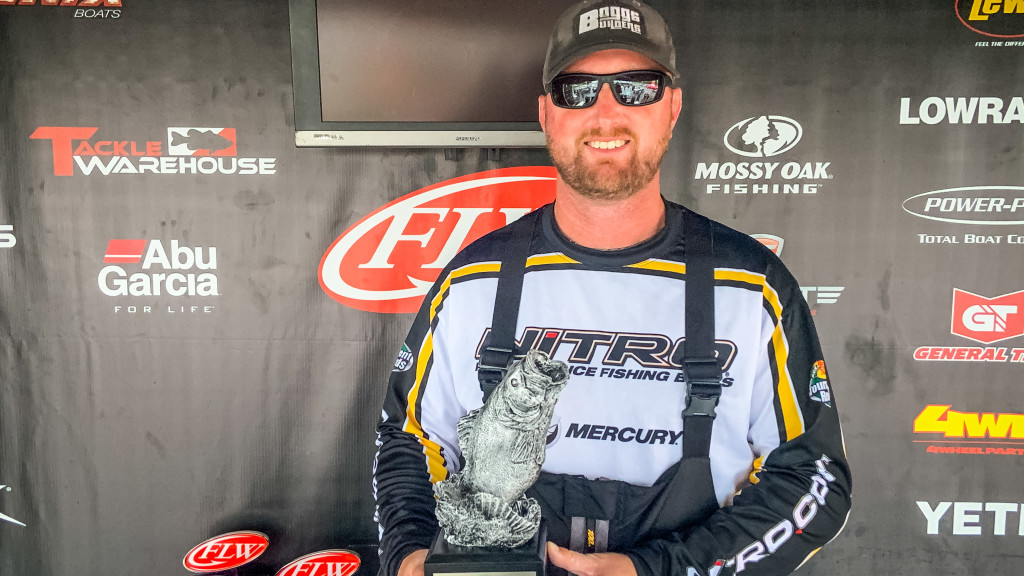 “This is my first time in a long time to come out on top, and I’ve been trying hard,” said Boggs. “It’s been a grind with the drop in water levels, so I’m super excited with what I weighed in today.”

Boggs said he found his winning fish in the middle part of the lake, fishing shallow, throwing a swimbait, buzzbait and a squarebill crankbait.

“I was fishing water that hadn’t been fished and getting to places other people hadn’t been to – I think that made the biggest difference,” continued Boggs. “I’m so excited – this will be my third All-American tournament to compete in and I can’t wait,” said Boggs.

Quinlin took home an extra $500 as the highest finishing FLW PHOENIX BONUS member. Boaters are eligible to win up to an extra $7,000 per event in each Phoenix Bass Fishing League presented by T-H Marine tournament if all requirements are met. More information on the FLW PHOENIX BONUS contingency program can be found at PhoenixBassBoats.com.

The Phoenix Bass Fishing League presented by T-H Marine Regional Championship on Lake Chickamauga was hosted by the Rhea Economic and Tourism Council. It featured the top pros and co-anglers from the Bama (Alabama), LBL (Kentucky), Mississippi, and Mountain (Kentucky-Tennessee) divisions.