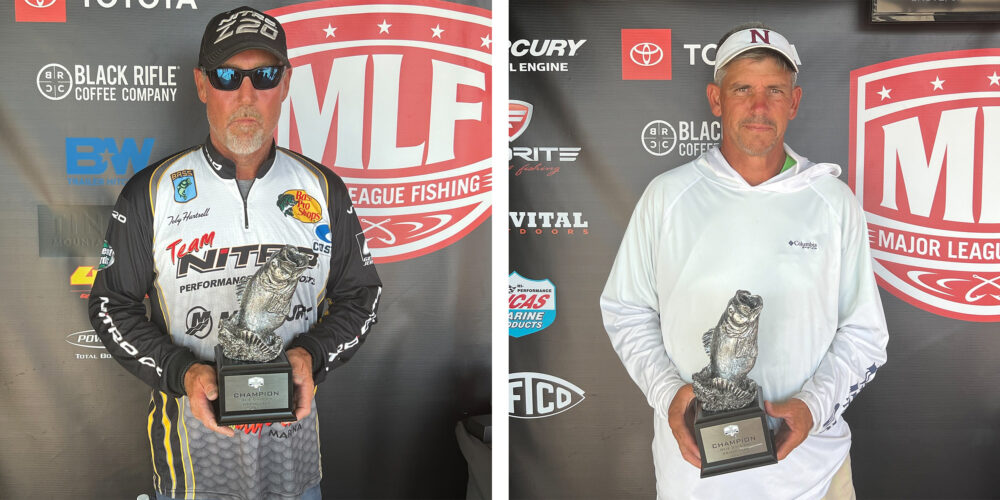 “It’s been pretty tough around here lately,” Hartsell said. “I tried to get a topwater bite going early, and I couldn’t get anything. So I went offshore and tried to focus on quality fish. I managed to get a few bites in and around the mid-lake area.”

Hartsell said he relied on a Berkley Japan Power Flutter for the majority of his bass, and said he caught just five keepers Saturday and seven or eight Sunday.

“I didn’t really expect this win,” Hartsell said. “It definitely wasn’t a ‘gimme.’”

Dillon Roberts of Oologah, Oklahoma, and Brian Caruso of Moore, Oklahoma, both had bass that weighed 5 pounds, 13 ounces that were the heaviest of the event in the Boater Division. Roberts and Caruso split the Berkley Big Bass Boater award of $1,012.

The top 10 Strike King co-anglers were:

Dakota Nollen of Midwest City, Oklahoma, caught the largest bass in the Strike King Co-angler Division, a fish weighing in at 4 pounds, 8 ounces. The catch earned him the Berkley Big Bass Co-angler award of $502.