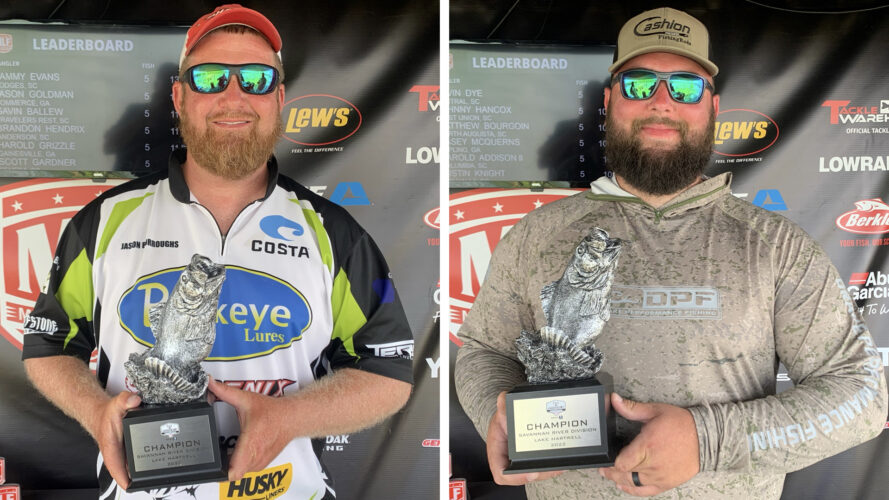 “I fished the lower end of the lake from Andersonville Island to the dam,” said Burroughs, who tabs Lake Hartwell as his home body of water. “I caught 10 or 11 fish during the day, and they were all keepers.”

Burroughs said he focused on fishing blueback herring patterns by utilizing a white swimbait and chrome topwater bait, as well as a shaky-head rig to catch his bass.

“The fishing was just spread out all during the day,” Burroughs said. “I had one fish that weighed 6 pounds, 3 ounces, and it made all the difference in the world. I caught it at 1:45 (p.m.).”

McQuerns caught the largest bass in the Co-angler Division, a fish weighing in at 4 pounds, 8 ounces. The catch earned him the day’s Berkley Big Bass Co-angler award of $352.