Dobson is in the river, but the lake is producing like crazy 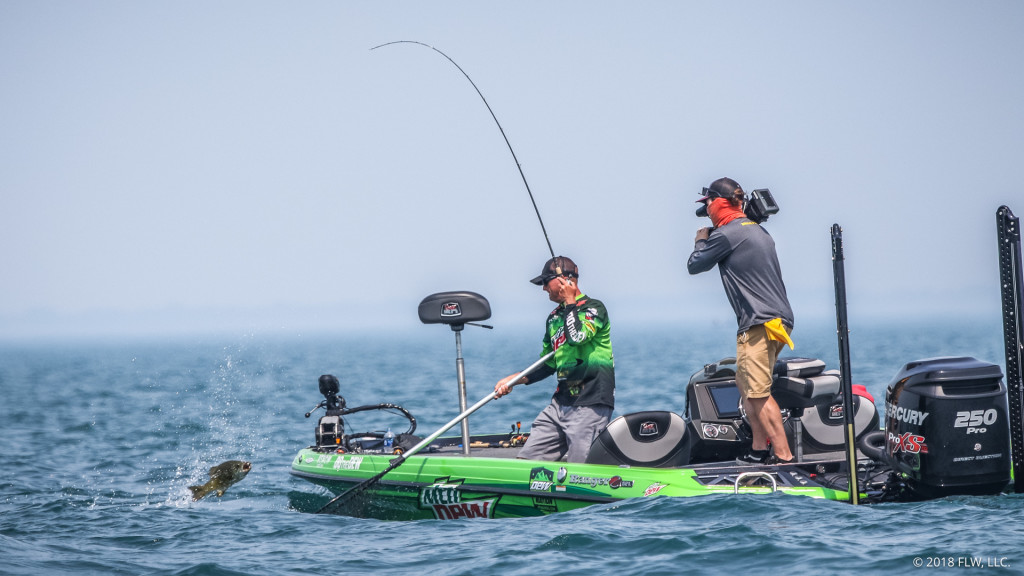 Dylan Hays leads what has been a true slugfest, but he certainly doesn’t lead by much.

The second-year pro leads Chad Grigsby by a mere 15 ounces, with Brad Knight sharing water with him and lurking less than 2 pounds back. Then there is also the dark horse local Scott Dobson sitting in fourth.

Basically, the final day should be too close to call all day. 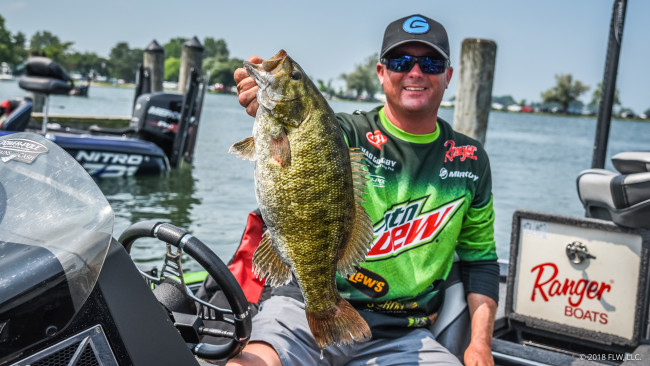 Grigsby fished a clean tournament the first two days. Unfortunately, that changed today, and it opened the door for everyone else.

“I couldn’t have put the tournament away today, but I certainly could’ve increased my lead,” says Grigsby, who is fishing within distance of Hays and Knight.

Things got off to a rough start when he caught a pike first thing. He opted not to re-tie, and subsequently broke off a 4 ½-pounder shortly after. He also had a 4-pounder basically in the net when a strong wave hit his boat, causing him to let it escape and jump off.

He managed to “scratch and hammer” up a good sack of fish, especially when he caught a 5-9 near the end of the day, but he proceeded to lose four more good ones right after.

“I have to execute better tomorrow,” Grigsby says. 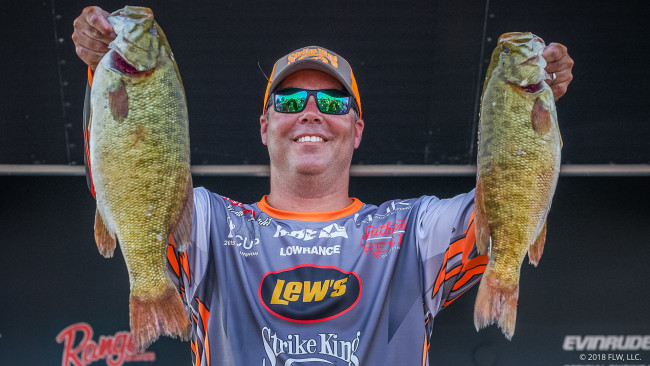 As stated earlier, Knight and Hays are sharing water, and doing so pretty amicably so far. The first two days both caught good bags and left by 10 a.m., but today they both opted to stick it out a little longer.

Turns out, Knight got the better end of that deal with his biggest sack of the tournament – 25-5. And he still lost one or two that might’ve helped.

Today did present a new challenge, though, as increased waves changed up how he could drift across the key area.

“There are little bands where the fish school up and you get flurries of action,” Knight says. “So today I had to adjust to drift a little differently in and out to find them.”

As for tomorrow, he says he’ll have to “step on” his area, as he knows Hays will, too. Then it’s just seeing how it all plays out. 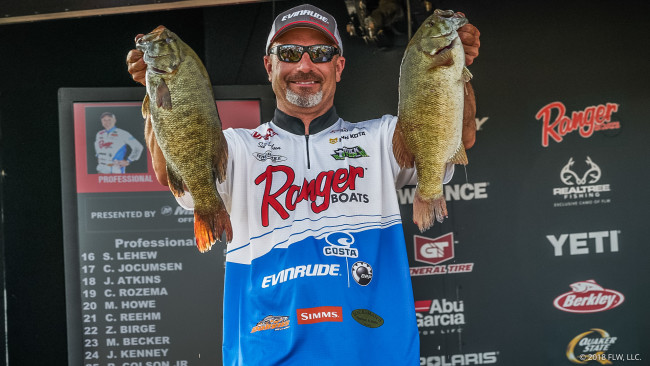 While it looks like a three-horse race for the win, don’t count out Dobson.

His pattern up the St. Clair River shows no signs of diminishing. In fact, if he can execute better, it could produce a special bag, as he has dialed into a few key spots where he knows there are schools of giant smallies. One spot, in particular, produced a 6-pounder today, and he says a few more of the same size were swimming with it when he caught the one.

“I stung so many fish today that I just never really hooked up,” Dobson says. “I need to hook them tomorrow.”

Dobson has basically been running a milk run of shallow, current-related spots, using the same sequence of baits on each – a bigger swimbait, a small swimbait, a jerkbait and a drop-shot.

“Tomorrow I’ll have to drill down and swing for the fences,” Dobson says. “Something is going to have to happen for me to come back, but it can happen here.” 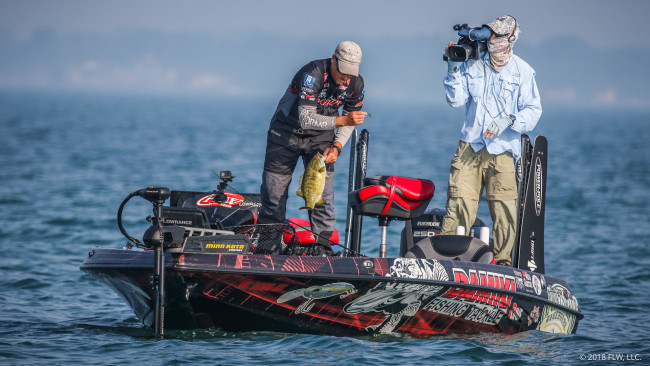 Three things changed today for Thrift, and none of them were good.

The waves increased, meaning he hit less spots and he didn’t catch near as many fish. The end result was still a respectable 19-14, but he wasn’t too optimistic for the final day.

“I’ll do the same deal as I’ve been,” Thrift says. “I’ll start up the [St. Clair River] and then run around the lake as long as the waves aren’t too bad. Good God I just hope it’s not as bad as it was today (with the waves).

“The one good thing about today is I know some places where big fish live and I eliminated a few more places today.”