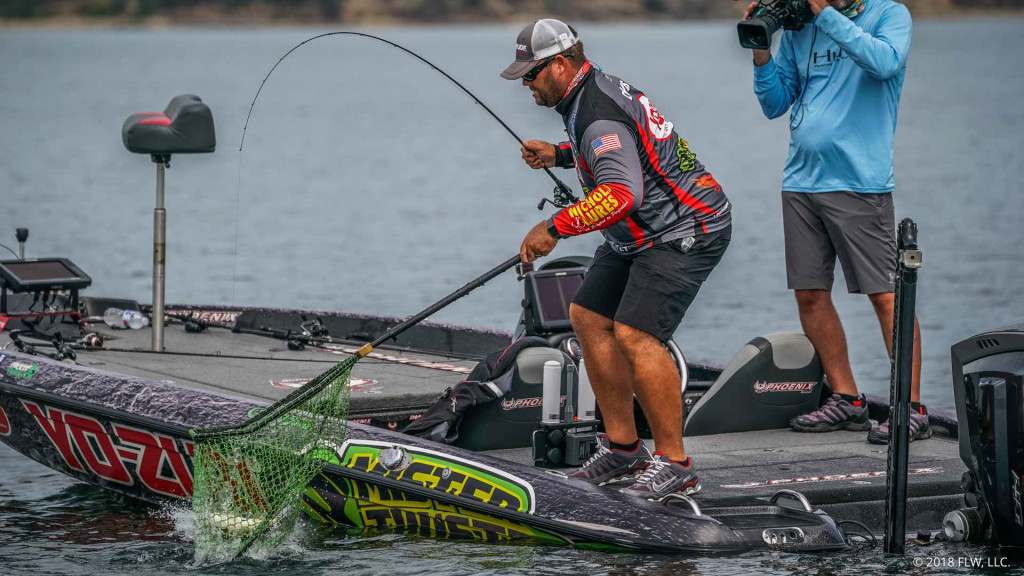 Growing up in Alabama, Clent Davis is a practiced hand at pretty much any kind of offshore fishing and most kinds of shallow fishing. What he’s best at is brush pile fishing. Running brush at Lake Ouachita produced the greatest final-day comeback in Forrest Wood Cup history and earned him a career-defining win in Cup.

When it comes to brush, Davis doesn’t do anything that’s too far from the norm, but he’s still got plenty of knowledge worth noting. 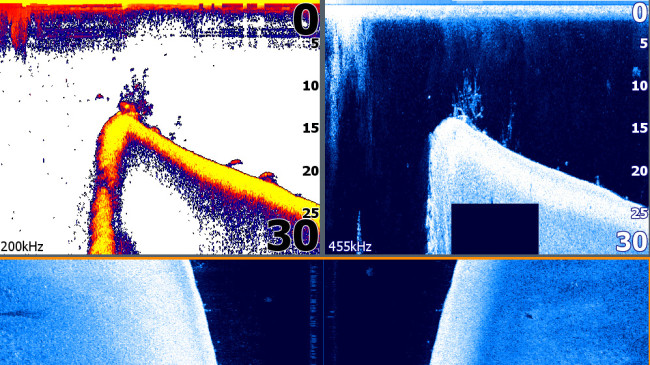 A lot of brush pile fishing involves finding a quantity of productive brush piles. Though one or two good piles can add to a tournament day, you usually need quite a few to cull up to a winning bag. For Davis, that means finding them ahead of time with his Lowrance electronics.

“All your humps and points are going to have brush on them on lakes where people plant brush,” says Davis. “The best brush piles to me are on little sneaky turns or up in a gut or a drain. Those seem to be the best ones because they don’t get fished as much. I definitely mark the ones on the obvious points and humps, but whenever you can find those little golden nuggets – something not obvious on the map – those are the ones that put you over the top on a brush pile event.”

Because many piles that Davis and others regularly fish are man-made, there will usually be a lot of options on any given lake, with a majority in whatever depth of water the locals consider to be the best. Davis bases his search on the season and the water clarity.

“Early in the year the thermocline isn’t really a big deal; it’s more water clarity than anything. On Eufaula, where the water isn’t as clean, you’re looking in the 8- to 12-foot zone,” says Davis. “On Smith Lake, where it’s gin-clear, you’re looking in 20 to 35 feet. They can really get deep on that lake. Later in the year, when the thermocline sets in and it gets hot, you always want to fish close to it, but just above it.”

Davis can usually tell if brush has bass in it simply by looking at it with DownScan or sonar, but just because a pile appears to be barren doesn’t mean you should entirely ignore it.

“These are my thoughts,” says Davis. “This time of year, when the brush has been fished a lot and there aren’t just piles and piles of fish in it, your electronics are unbelievable, but there are going to be a couple lying on the bottom or real close to the brush that they aren’t going to pick up. If you believe there should be a fish there you probably should fish the brush pile.” 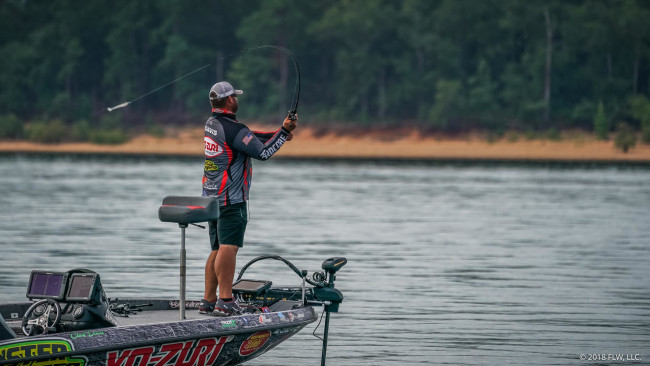 Though some lakes have dominant brush baits, Davis likes having options on deck to hit the piles from multiple angles and to catch fish that are sitting over them and in them.

Typically, he starts with a swimbait on a leadhead, casting it from a distance and working it over the top of the brush. Then, still staying out a long way, he’ll toss a big Mister Twister Mag 12 BUZZ Worm on a wobble head.

After that, he moves in closer and begins branching out.

“I really like cranking brush, but that’s usually an earlier-in-the-year deal,” says Davis. “They kind of get conditioned to a crankbait. You want that crankbait to run deep enough to where it hits about halfway up the pile and you can work it back up. If you get one that runs too deep you’ll stick it in the bottom of the pile every time, and then you’re going to lose a crankin’ plug.”

When the fish aren’t about the crankbait, Davis has two other treble-hook options he likes.

“Another bait that I really like to throw in brush is a spoon,” shares Davis. “I throw the 6-inch Nichols Ben Parker Mini Magnum Flutter Spoon. If you get hung up the spoon is so heavy that you just go over to it and shake it and it falls out. It’s winning a lot of tournaments on brush pile lakes, and nobody is really talking about it. But my No. 1 bait on brush is a jerkbait. I throw a Duel Hardcore Minnow Flat 110SP. A jerkbait has been winning tournaments around brush on the Coosa forever.”

Davis also likes to have a jig on hand as well as a Ned rig or a shaky head for tough days. For his crankbait, he usually relies on a Duel Hardcore Crankbait in the 3+ or 4+ size. Basically, he wants to feed the fish what they want.

“Until you get dialed in on what they’re actually eating, there’s a rotation,” he says. “I always start out with a swimbait until I know, and then I’ll work something on the bottom, and then work a little closer with a jerkbait and maybe the plug or the spoon.” 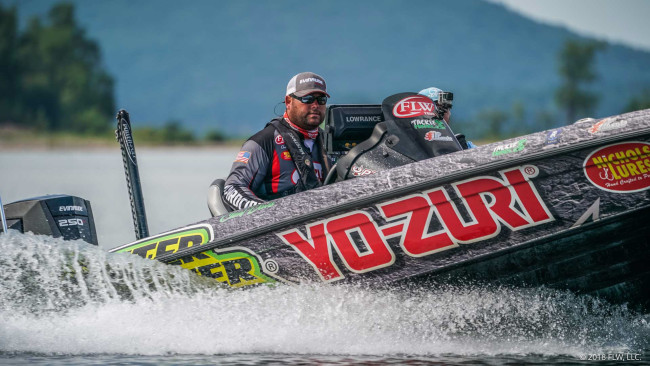 Running for the win

The final piece of the brush pile game is running them efficiently. For Davis, that means heavy reliance on his Lowrance graphs and the Lowrance Point-1 GPS Antenna (a GPS antenna with a heading sensor built in). Pulling up and positioning for a precise cast each time is essential. Some days, he might only run a few brush piles, but other days he might run 40 or more in search of as many of the right bites as possible.

“You want to hit as many as you can, but it varies from lake to lake,” says Davis. “It depends on how well they’re biting. On Ouachita you had to really slow down to get bit, and you kind of had to limit yourself to 20 piles or so in a day. But when it’s really on fire and you get dialed in on the right bait you can really start running some piles then.”