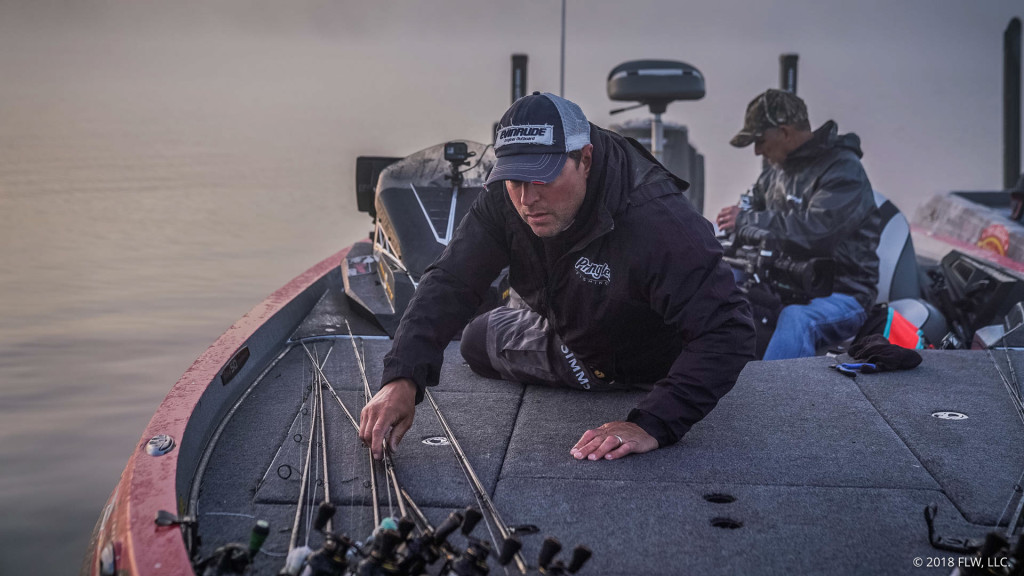 When it comes to getting ready for a season of tournaments, there are plenty of ways to do it. But, there’s no denying that for most people, being prepared will lead to better performance on the water. Both Greg Bohannan and Brandon McMillan have fished at the top level for years now, and they’ve developed some solid strategies to get ready for each new season. Below are some of the biggest takeaways and best practices from two very successful pros.

Get the boat early

Though most mortals don’t get a new boat every year like most pros, a lot of us have some rigging to do on our rides, or we upgrade a few times throughout our careers. Regardless of the situation, McMillan and Bohannan agree that when there’s work to be done on the boat, having plenty of time to finish before the season is a plus.

“I like to have my boat ordered early, so I get my boat around Thanksgiving,” says Bohannan. “I try to have everything nailed down to where I can get the boat wrapped before Christmas so I have a full month to fish out of the boat and get everything right. I want to run it a bunch and make sure there are no bugs. Plus, the fishing in the Ozarks is really good in the winter.”

Two years ago, McMillan switched boat brands, from a Ranger to a BassCat. Having extra time to get things ready was key then.

“I swapped to BassCat in the last two years, so everything is a learning curve as far as that goes,” he says. “With a Ranger, I could rig it in five hours and be done. I had so many of them that were the same, I knew where I wanted my batteries and Power-Pole pumps and everything. I could pretty much take out my Plano boxes in order and stack them up and put them in the new boat two months later.”

Learning how he wanted to rig and pack a new boat took some extra time, and it’s a problem that will crop up with any brand. Despite a lot of similarities, no two brands have the same layout, and taking some time to get comfortable in each boat is clutch. 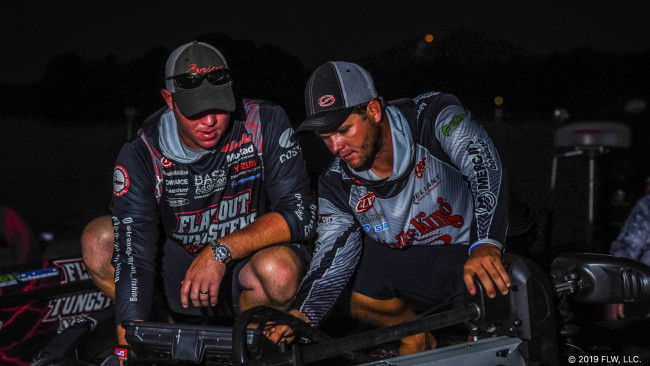 Both pros do most of the rigging for their boats either with a friend or by themselves. Though labor intensive, knowing your way around the boat is key for when something inevitably malfunctions due to bad luck or the stress of a season on the water.

“One time at Chickamauga I had my GPS receiver go out, and I was able to fix it in about 10 minutes,” says Bohannan. “It would have been catastrophic if I hadn’t been able to fix it.”

This year, McMillan is running a stunning five batteries (two standard cranking batteries and three 36-volt lithium batteries – two in parallel and one as a spare). That means he’s had to go to great lengths to get things right.

“I’ve got a buddy that’s retired and lives a couple houses down from me, and he can do anything,” says McMillan. “He can think it up in his mind and draw it and build it. He was a union pipe fitter for 35 years, so he’s really good. I bet he and I have spent 25 hours on my boat this year. We’ve had to figure out how to fit five batteries in the back of a BassCat.

“I find myself sight-fishing more and more,” adds the Florida pro, regarding the need for so much battery power. “I’m not John Cox by any means, but I look for them more than I ever have. I couldn’t tell you the last Thursday I didn’t start on a bed fish and go there and catch it, outside of Rayburn when I was lucky to catch five.”

“Every screw on my boat is a square, and my GeigerTec graph mounts are from Canada, and they go by the metric system,” says McMillan. “So I have to have a set of square bits and screwdrivers, and a set of metric Allen wrenches.”

Bohannan’s key bits are a star pattern. Folks running a Phoenix will only need a standard Phillips head and a T-20 Torx bit for the instrument panel.

Having the right stuff to fix things extends to the rest of the boat as well. Making sure you’ve got a spare pump that will work for your livewell plumbing is key, as are spare props for your main motor and trolling motor. If you haven’t carried one before, one tool you might want to consider adding to your boat box is a cordless drill. You can take screws out much faster with a drill than you can by hand.

Have a tackle system that works

Though not everyone is moving into a new boat every year, basically every tournament angler will spend some money on tackle before each season. Figuring out a system that works for hauling it all is big.

McMillan takes a sparser approach to tackle, especially now that he’s a veteran on the FLW Pro Circuit.

“I just have what I need, and if guys in my circle are catching them on a certain thing I’ll have some of that,” he says. “I used to spend $10,000 on tackle before I ever went to a lake. You need certain things for certain lakes, but at the end of the day it’s 2020 and you can order stuff on Tackle Warehouse and have it there the next day from California. When I first started, I’d spend a lot on tackle in the beginning of my career, and last year I spent about $1,700. Granted, I’ve accumulated a lot of stuff, and I get more stuff free now, but I find myself ordering the same stuff. I’ve eliminated a lot of the excess stuff.”

Bohannan also relies on overnight shipping to an extent, but he likes to plan ahead more.

Bohannan can order early because he’s got his organization system dialed to such a high pitch after years of tournament fishing.

“Rooming with Mark Rose for 10 or 11 years, one thing I got better on was being more organized,” says Bohannan. “I was not that organized of a fisherman when I first started. I haven’t always been that good at keeping my boat clean, rust out of my tackle box and my tackle organized. Mark really showed me how. He was super organized and super detailed. Being more organized and prepared is something I’ve gotten a little better at than I used to be.”

Being organized is perhaps the best advice of all. If your preparedness level is always high, then it’s a lot easier to add tackle or know where things are. Both pros are blessed to have a good shop/garage situation, but they’d stay on top of things regardless. That way, heading from one lake to the next isn’t a huge production. It’s just a matter of swapping some line and maybe adding and removing a few tackle trays before you hit the road. That’s the benefit to being well prepared from the start.