Young Florida pro isn’t fazed by taking the next step 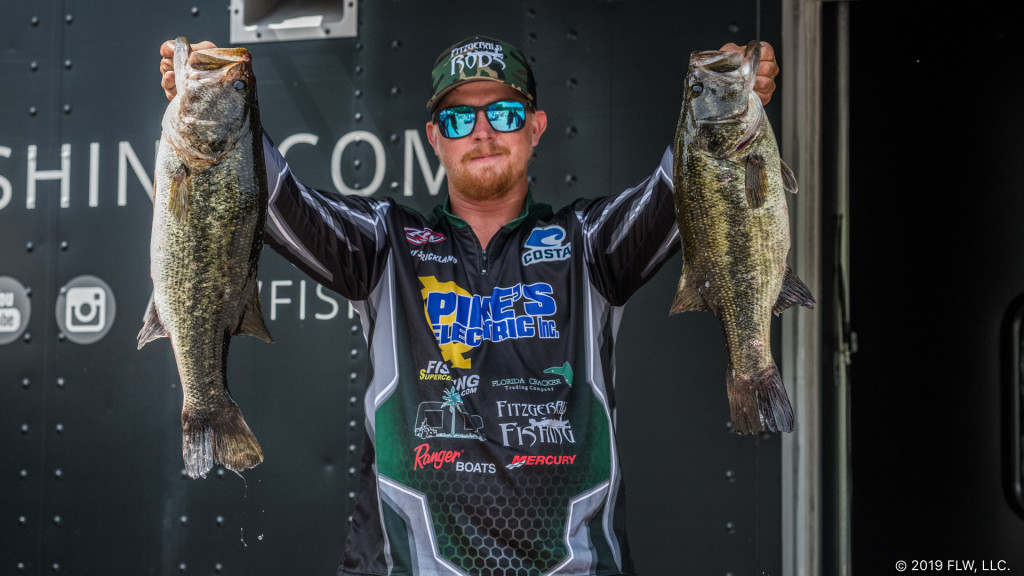 Being a rookie on the Tackle Warehouse Pro Circuit can be daunting no matter what age you are. This year, there are 28 newcomers eager to prove themselves against some of the best in the game. And while the bulk of them have been chasing the dream for a while, 22-year-old Laramy Strickland of Bushnell, Fla., will be one of the younger pros looking to make a name in the industry.

Though Strickland doesn’t have some of the experience in major tournament competition that others in this rookie class do, Strickland is as ready as any to build on the momentum he built up last season that culminated with a top 10 at the 2019 FLW Series Championship this past fall.

So, before the 2020 Pro Circuit season kicks off Jan. 23-26 on Sam Rayburn Reservoir in Texas, here’s a peek at one of the rookies climbing the ladder of the professional ranks. 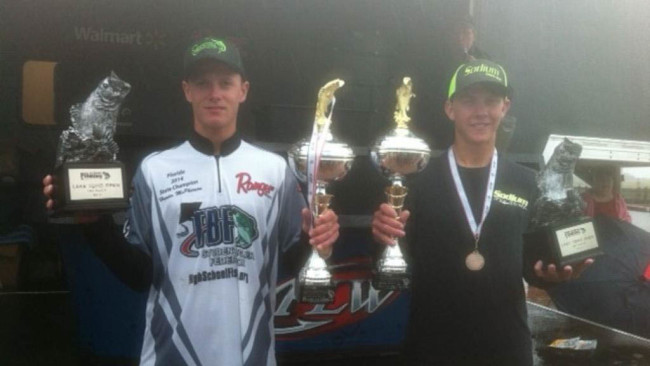 Growing up in Florida and being surrounded by water any direction you look, it’s no surprise Strickland was basically born with a fishing pole in hand.

“My whole family are big-time fishermen,” Strickland says. “I started fishing when I was old enough to throw a pole. It was mostly bream fishing when I started, but my dad was a big saltwater fisherman, so I got into that when I was young, too. When I got a little older my uncle was actually the one that got me into bass fishing.

“When I got to where I could compete in local bass tournaments, I can remember fishing them out of a 14-foot Jon boat with a 20-horsepower motor and a cooler for a livewell. From a young age I wanted to do something in fishing, and of course you dream about being a professional, so I watched and read everything I could about bass fishing and had guys I looked up to, but when we’d talk about what we wanted to be when we grew up in school I’d tell my teachers I wanted to be a fishing guide.”

Strickland fished as much as he could – for whatever would bite – while growing up, but playing golf, baseball and basketball throughout middle school and high school, it was only natural his competitive nature would help drive him toward bigger competition in the fishing world.

“I really think I got into bass fishing competitively in high school when a buddy [Hunter McPherson] started fishing for the high school team,” Strickland explains. “My senior year I fished with him and we won the Florida High School State Championship.”

After graduating from South Sumter High School, Strickland went right to work with his best friend doing landscaping. The dream was still there to make a run at fishing professionally, and he was still fishing as much local stuff as he could, but otherwise it was daylight until dark at work making money so could fish and hunt. Entering into the 2019 fishing season, Strickland, with the encouragement of a good friend, decided to step his game up and fish the Southeastern Division of the FLW Series and the Eastern Division of the B.A.S.S. Opens. 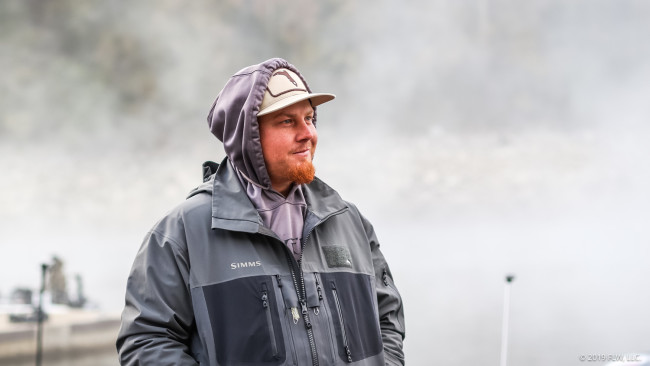 Both the FLW Series and B.A.S.S. Open divisions Strickland fished featured familiar waters (Okeechobee in the Series and Harris in the Open,) but the rest would be a learning experience. Things were tough on the Open front, but he fared better in the FLW Series.

He kicked off the FLW Series on Okeechobee, and though his 65th-place finish may not seem impressive, it was a great way to head north with some decent points. Next up was Lake Chickamauga in March, where boat troubles on day one set him back. He kept his cool and rebounded on day two with 18 pounds, 9 ounces to cling to 83rd, which would be his worst finish on the FLW Series.

The season wrapped up on Santee Cooper and Strickland felt right at home. He busted 26-1 on day one, leaving him in third. Weather would cancel day two and make things tough on the final day, but he still escaped with a 26th-place finish.

“Everybody gets spun out,” Strickland says of fishing in big events. “But starting the season on Okeechobee was nice because I fish there all the time. Then, it was a Florida boy’s dream going to Chickamauga when the fish are shallow. If I didn’t have boat issues on day one there, who knows how that one could have went, but that stuff happens. And then on Santee, I literally flipped mats the entire tournament just like I was at home.”

His finish on Santee would be enough to move him to 27th in the Southeastern Division points and punch his ticket to the FLW Series Championship on Lake Cumberland.

It would also be the biggest curveball of the season for him to fish on a lake with no grass and plenty of smallmouths – something he had very little experience with.

“Cumberland was one I was a little hesitant about,” he admits. “I’ve never really fished for smallmouth a lot, but you read and watch stuff to get a feel of what to do. I knew smallmouth were going to win the tournament, so I practiced for smallmouth every day. I found a pattern and was able to run it the whole time in the tournament. On day three, I lost fish to win, but what do you do?”

Strickland put a red SPRO RKCrawler 55 in his hand and never looked back. Sacking up 31-6 over three days, he finished the event seventh, ending the year on a serious high note – not that he was lacking confidence, but to get a top 10 in a stacked field like the Series Championship helped reinforce the fact that Strickland was making the right move. 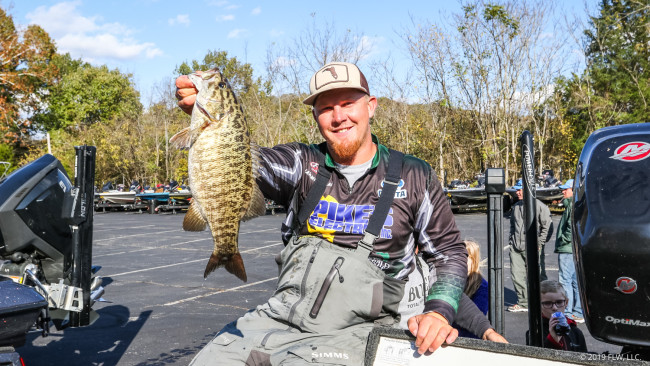 Strickland knows the Tackle Warehouse Pro Circuit is a whole different ballgame, but he’s determined to add to his resume this year and do the only thing he knows to do: catch bass.

“I obviously want to fish good enough to make the FLW TITLE,” Strickland notes. “But you only get one rookie year, so my goal is to win rookie of year. That’s why we fish. Sure, you fish for money, but really you’re fishing to win.”

Of course, there will be lots of new water he’ll venture to this season, and the Florida pro is looking forward to it all, hopefully showcasing his skills at every tournament.

“I’m actually really excited for Rayburn because it’s got grass and ditches like we do at home,” he says. “Plus, that lake can be anybody’s game. Yeah, I live 30 minutes from Harris, which will be good, but that can be a matter of pulling up on the right stretch of grass. I’m also really looking forward to Cherokee and seeing how that goes for me.

“I’m not really nervous to fish anywhere this season. I know fishing deep is something I’ll need to work on this season, especially when we head north. But a bass is a bass is a bass. He’s going to eat, and at certain times you have to throw the right baits, but you’ve also just got be around them. Yeah, I’m young, but I’ve been on the water my whole life, and that practice adds up. I’m just excited to see what happens."