The hottest pro on the planet gets it done in Texas 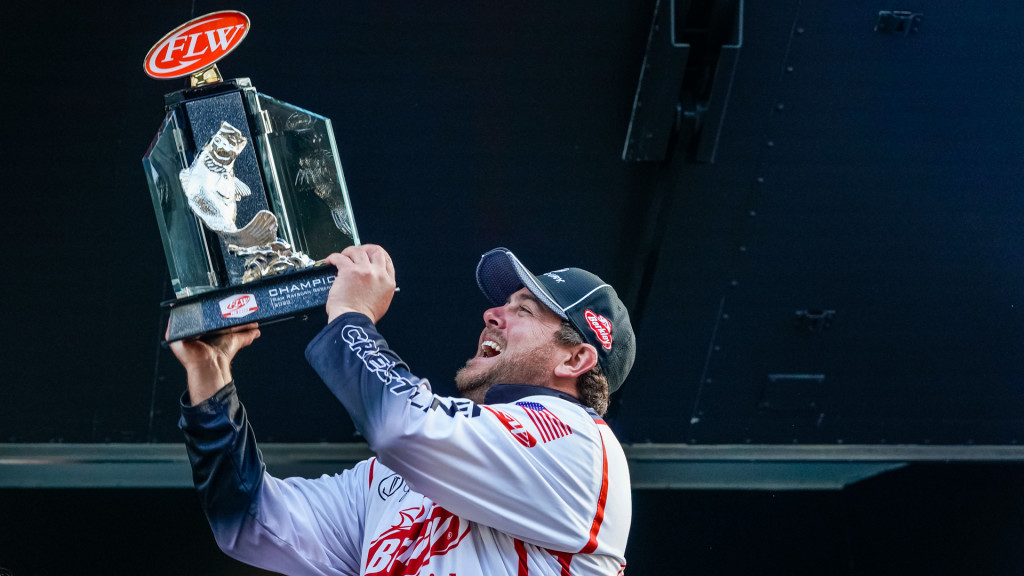 There’s no other way to say it: John Cox is clutch.

There were times he made it look easy during the Tackle Warehouse Pro Circuit opener on Sam Rayburn, and there were times he was in full-blown scramble mode. But when he needed it most, Cox once again made the right call late on the final day to go wire-to-wire for the fifth Pro Circuit victory of his career.

“That call I made at the end of the day today, it just felt right,” says Cox.

The call was to make a 20-minute run further up the lake to near the 103 bridge, where Cox had a pair of trees he felt might produce one solid keeper. It was already noon when the idea hit, and he was already short on gas after an entire morning of junk-fishing his way up the lake. To go up the lake further for one fish meant risking at least an hour boat ride back and running out of gas.

Yet, Cox decided to go for it.

“I chugged a Red Bull and ran,” says Cox, who did a similar thing last year when he won at Lake Chickamauga, making a late run that produced two fish to cement his win.

That capped what turned out to be a near-perfectly executed four days of fishing for Cox.

He took the lead on day one when he found a special one-cast spot right near the 147 bridge – a 3-foot high spot with little bit of sand and rock with hydrilla all around it right at the mouth of one of the best-known spawning creeks on Sam Rayburn. 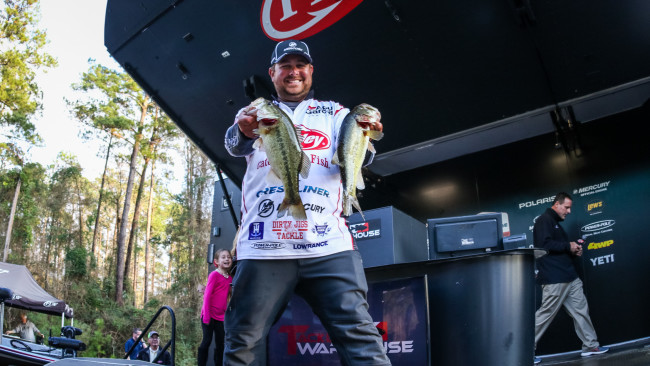 Yet, what made the spot so unique for Cox was how he fished it – with a crankbait. A No. 5 Berkley Frittside crankbait in the lone ranger color in the morning and ghost morning dawn when the sun came up, to be more specific. He threw both on a 7-foot, 6-inch Abu Garcia Veritas Winch rod, Abu Garcia Revo EXD reel and 15-pound-test Berkley Trilene 100% Fluorocarbon line.

The spot was a transition spot, as Cox would make cast after cast feeling nothing. Then, when the school showed up, he’d immediately feel his crankbait hit off what felt like “big logs.” Once he felt that, he knew he’d get bit within seconds.

Unfortunately, after 11 o’clock Friday, he never caught another fish on the spot, forcing him to scramble and grind the final two days up in the shallows.

Over the final two days, Cox figures he hit more than 100 spots, just running around up shallow, fishing anything that “looked good.”

“Laydowns, grass, a point coming out or something that looked really fishy, I’d just swing in and burn it quick,” explains Cox. “I just had the trolling motor on 100, and no fish came off the same thing. One came off an isolated stick. One came off a laydown. One came off a rock point. One come off a drain in the back of a pocket. I caught two on a prototype Berkley frog.”

Looking back, even Cox is amazed how he was able to hang on to win when his pattern fell apart. Yet, as he has shown time and again, he seems to always make the right call when the pressure is highest.

“I have no idea how the last two days came together,” admits Cox. “I didn’t know where to go or what to do. Yet, it did.

“I don’t even know what to say. It’s incredible.” 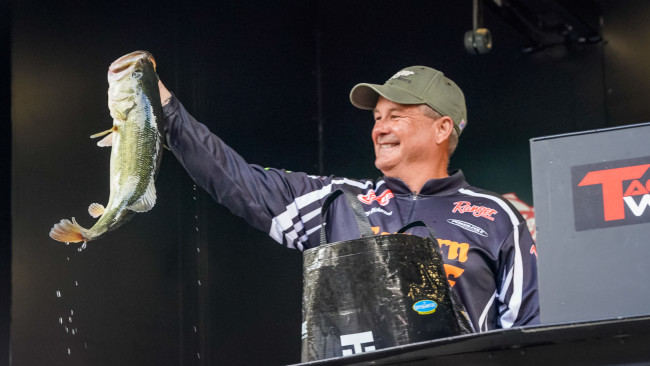