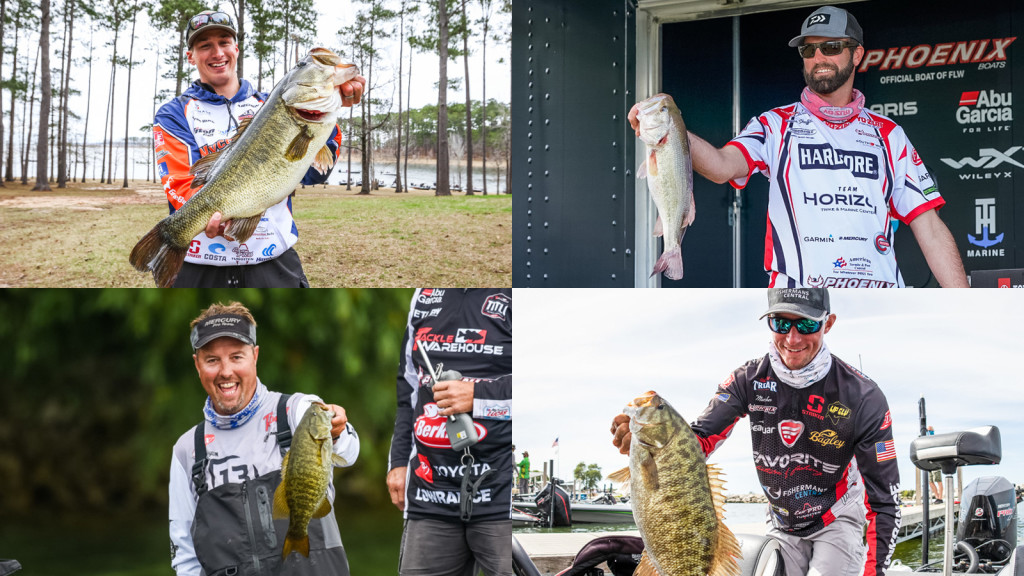 The four remaining roster spots at the seven regular-season Bass Pro Tour events will be filled by the top anglers from each Pro Circuit event in 2021. The top four finishers from each Pro Circuit tournament will receive automatic invitations to compete in the Bass Pro Tour events that follow, opening the door for the Pro Circuit’s top performers to compete in the MLF catch, weigh, immediate-release format.

For the Bass Pro Tour opener, the top four anglers based on the 2020 Pro Circuit AOY standings will get a chance to compete for $100,000, meaning Ron Nelson, Spencer Shuffield, Grae Buck and Matt Becker will head to Texas.

Competing in the MLF format won’t be a new thing for these anglers, considering they got their first taste of it during the inaugural Tackle Warehouse TITLE presented by Toyota this past August on Sturgeon Bay. Still, it’s bound to be a new challenge for these seasoned anglers.

So, even though the event is still months away, we caught up with the four pros to get their thoughts on having an additional chance to make money and compete against the biggest names in the sport. 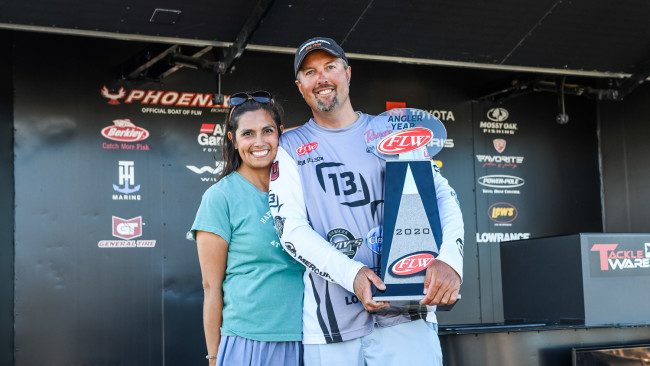 That format is different, and in my mindset I don’t compare the two (best five versus catch, weigh, immediate release), where a lot of guys do. I just say it’s a different format. It’s a lot of fun, a lot of adrenaline and still a lot of decision making and strategy. It’s another game to play and that’s why I look forward to it. Plus, it’s on Rayburn. It should be big fish time by then. There should be a lot of fish up spawning, some done spawning and there should be a lot of stuff going on.

I’m excited to get turned loose on those guys. It’ll be a whole different deal as far as approaching it. It’s a lot easier to fish when you aren’t fishing for points, so I’m excited to go out there and try to win it. 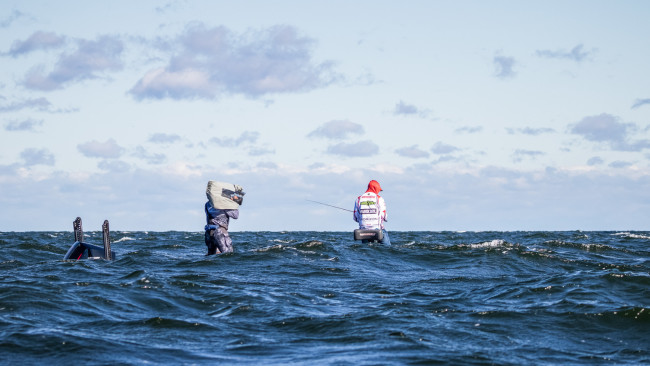 The thing about fishing the BPT is that you can’t make any mistakes because all those guys are going to catch them. You can’t go 45 minutes without catching them like you could in a five-fish tournament because you’re constantly dropping in the standings. On the Pro Circuit, if I know I got a spot I know I can go catch three 2 ½-pounders on I might wait ‘till the last 30 minutes of the tournament to go do it and literally spend the entire day trying to get one to three good bites. But out there in the MLF format, like at Sturgeon, you have to be catching them all day.

The only difference between MLF and a five fish deal, you can really plan a day out on a five-fish tournament. Whereas you can’t really plan to catch as many 2-pound-plus fish as you can, you’ve just got to put your head down and go fish everywhere and anywhere you think you can get a bite.

The good thing about going to Rayburn at the end of March is that there are going to be fish on beds, and depending on how the winter goes, the majority could already be done spawning. I’m sure you’ll be able to go down the banks with a wacky or swim jig and just catch ‘em.

I’ve fished against some of these guys before back in the Toyota Texas Bass Classic on Lake Fork and Lake Conroe, but I don’t think I was near the fisherman then as I am now. But it’s also cool because my dad fished against a lot of these guys. So, I’m looking forward to it. 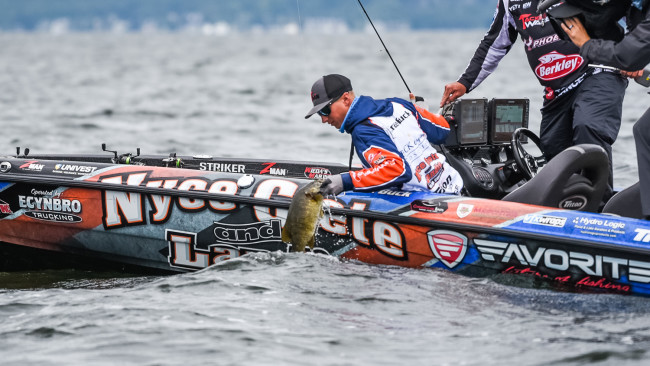 The TITLE was the first time I’ve fished the MLF style and I really liked that you got to put the fish back right away, especially with the smallmouth being pulled out of 30 feet of water. But it’s good for the health of the fishery and I’m sure down at Rayburn there will be fish on beds, so I like that conservation effort where we can put ‘em back and let them spawn and make babies for the future.

I’ve never got to fish a tournament against Kevin VanDam, so that’s going to be pretty awesome to fish against somebody that I’ve looked up to. I’m sure it’ll be a little intimidating, too, but I’m ready to go. I feel like I’m catching them the best I ever have in my life, so it should be a good event. 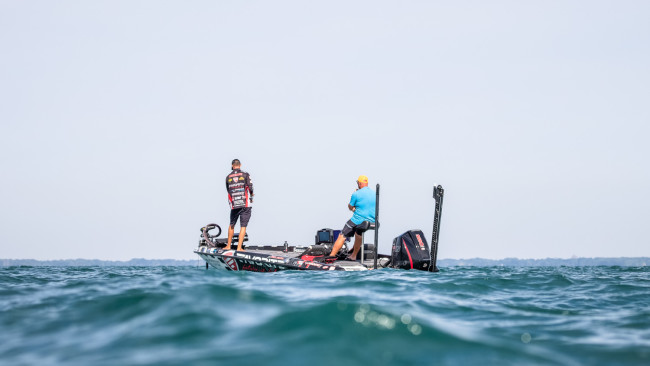 But it’s nice to get a little taste of the Bass Pro Tour before we maybe qualify for it. That’s the plan to move up to it, but definitely is nice to sample it before we jump in. It’s going to be super cool to launch the boat with Kevin Van Dam and guys like that who I’ve never had a chance to fish against, so it’ll be cool just from that aspect. We’re not fishing for points, so we can try to make a bigger splash and have no reason to be conservative. My whole career I’ve just tried to be consistent, but I’ll be a little more carefree and not stressing about points.