MORNING RESET: Group B Looks to Keep the Ball Rolling 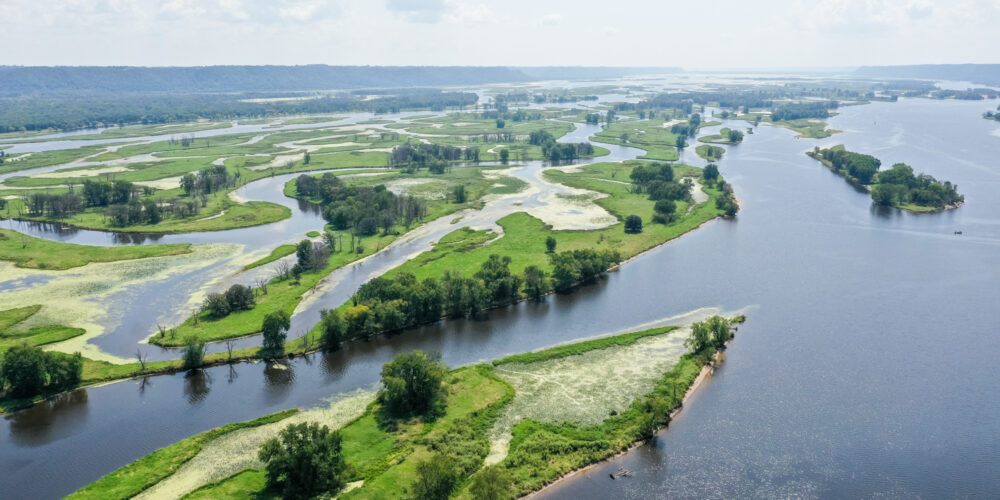 LA CROSSE, Wis. – Through three days in the Tackle Warehouse TITLE Presented by Mercury the fishing has seemingly improved a bit each day. It’s also gotten consistently more dramatic, with Miles Burghoff edging Zack Birge for the Group A win by just an ounce and Day 1 leader Mike McClelland sneaking into the Knockout Round tied for the last spot by weight.

So, with Group B headed out today for their second day of competition, they have a lot to live up to. They’ve also set a high bar, as Group B produced three of the four biggest bags in their first day on the river.

Going into Day 4, Adrian Avena, Jared McMillan and Mitch Crane all caught big bags in their first day and both Avena and McMillan are on the record saying they’d like to win the round. They might also have some trouble doing it, as they’re not the only pros fishing their patterns and some of their Group A counterparts struggled a bit on Thursday. Burghoff went from eighth to the win in Group A, and if the fishing continues to evolve, someone else could make a big move today.

Look for the River to Keep Producing

Though the Mississippi has fallen a few more inches, the precipitous drop from practice is in the rearview. With two days of really good fishing on the books now after a tough Day1, it seems like things are shaping up for a good stretch run, and several pros agree.

“With the water stabilizing, the fishing is getting way better,” said Kurt Mitchell. “Today I caught like 40 fish, most of them were very small, but I got 40 bites compared to maybe 12 bites the first day. The fishing is definitely getting better.”

Similarly, Jimmy Reese thinks good things are in store, and that Group B pros will need to finish strong.

“Fishing is definitely stabilizing, it seems like the weights are getting a little better,” Reese said. “I think the fish are getting used to the low water conditions – they’re finding a home, they’re getting comfortable. I think it’s going to be really good fishing [today], and you can’t just limp your way through to the Top 10, you’re going to have to catch them.”

One of the more experienced pros in the field, David Walker slipped into the Knockout Round with 24-4. Though he’s done well, he still managed to plug his water intakes on a sandbar on Day 3 and isn’t so sure the low water is helping things.

“When you keep fishing the area and start getting tuned in better to what you need to be looking for, a lot of times you will get better at it,” Walker said of the rising weights. “I think that’s what you’re seeing. It seems like those weights steadily rise, and then it starts going the other way too, once you pluck all the low-hanging fruit.”

Mostly flipping cut banks, Walker really isn’t a fan of the low water like Mitchell and Reese are.

“I wish they’d quit dropping the water,” Walker said. “It might be helping a little bit, it might be pulling fish into areas you’re fishing. It’s a double-edged sword, the best I ever did here was when the water was rising – the campground down here was going under. The fishing was so good, it was unbelievable. River fish love flow, and there’s not a lot. There’s some, but when it’s swift and kinda hard to fish, that’s when they bite better. They seem to be a little timid – a lot of short strikes. I think it’s because it keeps getting thinner and thinner over their heads.”

Losing his live camera mid-morning, Walker kept plugging, but he says he really missed having SCORETRACKER®.

“Today was the day where I was like ‘God I wish I knew what I had.’ When they pulled the cameraman off me, I thought I had no chance,” Walker admitted. “I only had four, and I thought I was done. But if I’d have known, I’d have felt a lot better about it. Mentally it would have helped me out, but I actually wouldn’t have fished very much different.”

As the event goes on, Walker thinks the fishing could tighten up, and he’s anticipating a very competitive Knockout Round and a very tight Championship Round.

“I think you can look at the days ahead of it and see what the weights were,” Walker said. “Normally here, a 16-pound bag is a winning weight – that’s obviously going to be off. I think it’s going to be more around 14 or 15 pounds. I think you could win it with 13, being as it’s a small field and the fishing is tough.”

Can We Be Done with the Fog?

One thing everyone agrees on is that fog delays are annoying. Group B saw a delay of about an hour on Day 2, and Group A endured one that was almost 2 hours on Day 3. Looking at the weather for the next several days, there’s no fog in the forecast, and that could really help the fishing. Though big weights have hit the scale on the delayed days, one has to imagine that a full day of fishing and less stress about locking could really allow the pros to let it rip.

Group B might play things a little closer on their second day of competition, but if the fish keep biting and the fog stays away there could be a lot of fun to be had in the last two days.