Louisiana pro is 10-pounds, 7-ounces ahead of second place (updated) 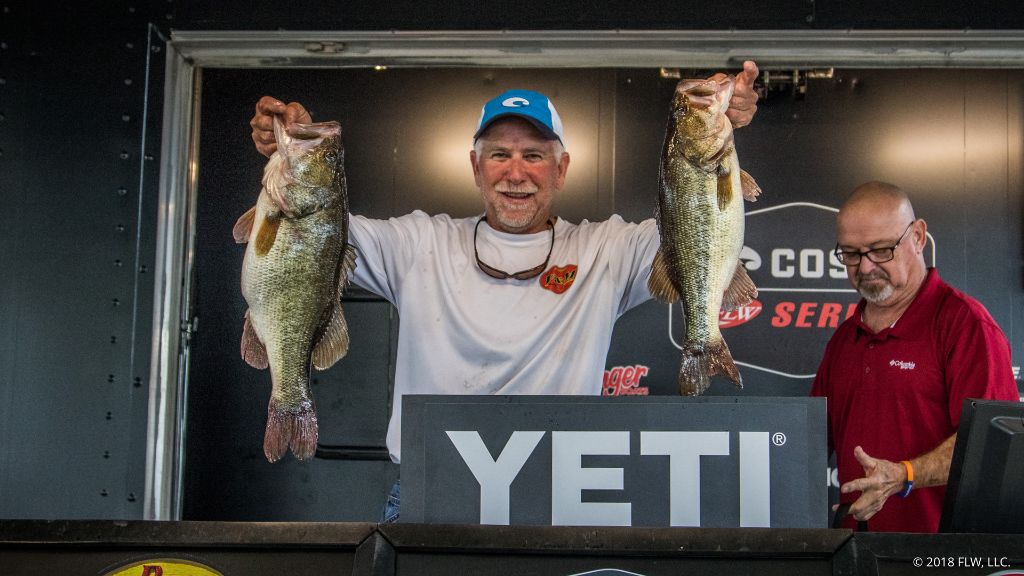 With only three limits over 20 pounds crossing the stage Friday at the Costa FLW Series Southwestern event on Sam Rayburn presented by YETI, the famed Texas lake has cooled off from its red-hot state over the last few weeks.

While Ol’ Sam left a lot of Texas’ top sticks scratching their heads on a much tougher day two, Kevin Lasyone of Dry Prong, La., apparently didn’t get the memo that Rayburn had cooled its engines.

After sacking a massive 31 pounds, 6 ounces on day one, Lasyone dropped nearly 22 pound in the till Friday to take a generous of lead of over 10 pounds, with 53 pounds, 1 ounce.

If you’re hoping to get some top secrets to Lasyone’s success, he really only has one that he is keeping under wraps: his jig trailer.

Other than that, he has been very forthcoming about the details of his lure, which is primarily a ¾-ounce V&M Sneaky Snake jig in a color that’s black/blue and gold. On Friday he added in a V&M Wild Thang worm topped with a ½-ounce weight for an extra bite or two. 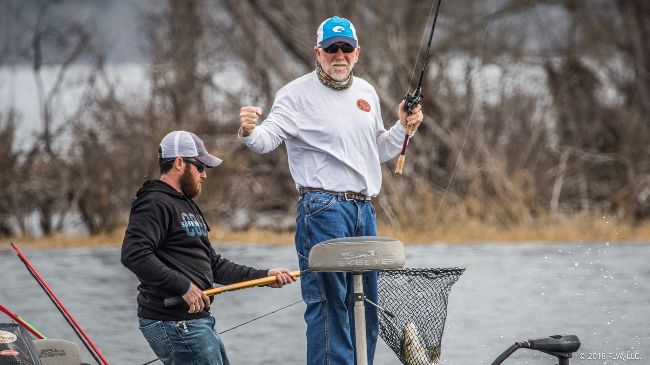 “I went right back to the same place today,” Lasyone says. “And it’s no secret either – it’s a community hole that for some reason has been overlooked this week – I’m in plain sight. The biggest mystery to me is why no one else found these fish. I saw people fishing the area in practice and I just knew there would be a bunch of boats there the first morning and there has really been nobody there. Who knows, maybe there will be people fishing it tomorrow, but for two days I’ve had it to myself, so I’m not complaining.”

In addition to little fishing pressure, Lasyone believes his fish are replenishing.

“If I ease off the primary area and let it rest for while, I can generally get another bite or two when I revisit it again,” he adds.

Lasyone’s boat is sitting in depths of about 25 feet while he casts up to depths of 12 to 15 feet, dragging his jig amid a few isolated stumps. He believes the only reason no one else settled into the area in practice is because getting the bites requires fishing extremely slow.

“The bites were a little tougher to come by today,” Lasyone says. “Yesterday I was done at 9:30 – today it took until 1:30 to get to 20 pounds, then I left. I had to let it rest a little more today. All I can do now is hope there are a few left for tomorrow.”

And about that jig trailer?

“Let’s not get into that right now,” Lasyone laughs. “Maybe tomorrow.” 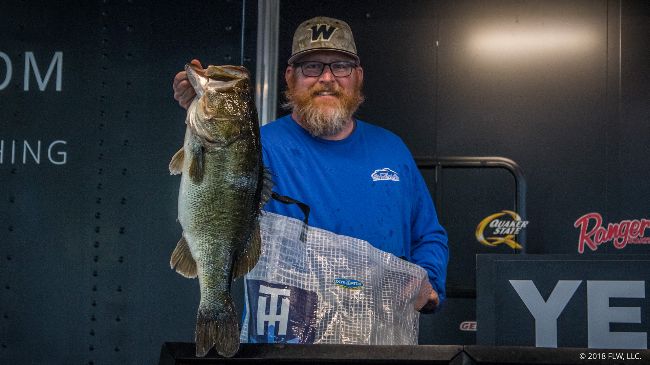 Early Friday morning, Louis Ferguson got the surprise of a lifetime.

After casting his Bill Lewis Rat-L-Trap in retro red down a grass line, his rod loaded up with something that ferociously had its way with Ferguson’s tackle.

“I thought I had a big catfish,” Ferguson recalls. “Seriously, after I fought the thing for a full three minutes, it wasn’t budging and I was convinced it had to be a big cat.”

When the giant fish finally laid up on the surface, he could see it was an enormous bass.

“I nearly passed out,” he continues. “One scoop of the net by my pro and it was in the boat.”

Ferguson’s giant bass weighed in at 10 pounds, 5 ounces, boosting his daily limit to 21 pounds, 9 ounces and pushing him into the lead of the Co-angler Division with a two-day total of 35 pounds, 14 ounces.