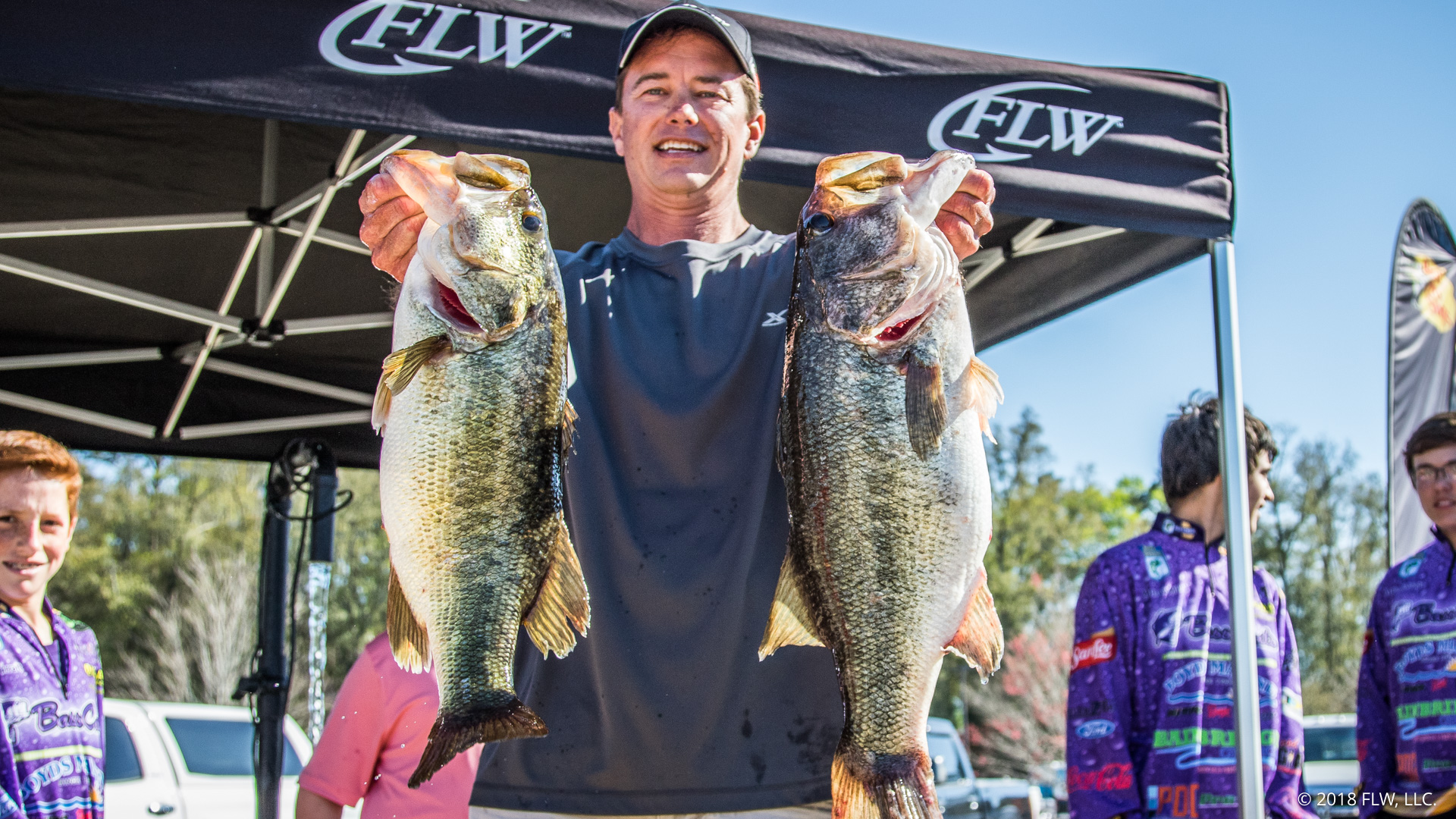 Rick Tindell led things off in style with 26 pounds, 7 ounces on day one of the Costa FLW Series presented by T-H Marine on Lake Seminole. The second stop of the Southeastern Division, day one was actually a day late due to strong winds that forced the cancelation of competition on Thursday. As a result, the Leesburg, Ga., pro leads at the halfway mark and only has to out-fish the field for one more day. In second, Matt Baty of Bainbridge, Ga., is close behind with 24-13.

A cold front that blew through the area and prompted the postponement of Thursday’s scheduled start, scrambled a lot of game pans. But with his fish tucked comfortably in weather-insulating grass, Tindell says the front did not affect his game plan.

“I still did the same thing that I was planning,” Tindell says. “I have one place and the bite was first thing in the morning and then that was it. After that I had to scrounge around the rest of the afternoon.”

Tindell’s catch included an 8-pound, 6-ounce tank that earned the day’s Big Bass honors. His morning flurry included another big fish just a little short of that first big bite at 8:30 a.m., plus two more solid keepers that would put him in fine shape inside of two hours after takeoff.

“I had my three biggest ones by about 9 and then I culled twice later in the day,” Tindell says. “I only caught about 10 fish today. It was probably 1:30 or 2 o’clock by the time I caught my last one that culled a little more.”

Tindell was understandably guarded with his location details, but he says he’s fishing the main lake and targeting deeper grass.

“It’s just a grass line where the shad come into and the bass are in there feeding on them,” Tindell says. “This is a grass line that the fish like to hang on this time of year and where the shad go, the fish go.I think these are prespawn and postspawn fish. They’re just coming in and out of the spawning areas.”

The top pro also chose to keep his bait selection under wraps, but he tells us he’s looking for the reaction bite.

“It was all moving baits,” Tindell says. “They didn’t bite very good this afternoon, so you had to get them early. I threw the same bait in the afternoon because I have confidence in it, but the fish just bit better while they were feeding on shad in the morning.”

When he determined that his morning bite had fizzled, Tindell left his grass line and sampled several more spots.

“I left that place about 9:30 and just had to go here and there to try and finish out my limit,” he says. 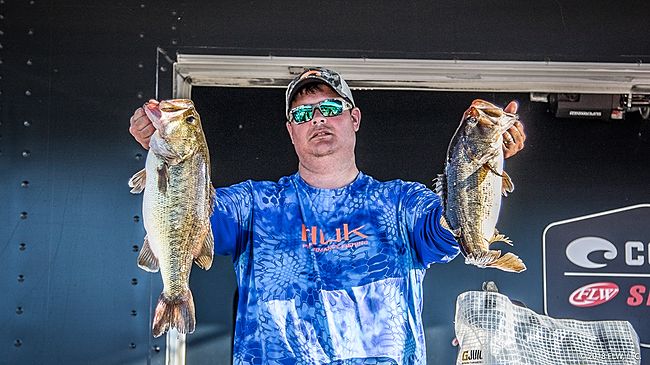 Lake Seminole presented a new venue complicated by the cold front’s impact. Nevertheless, co-angler Shawn York of Sarasota, Fla., applied a familiar principle and sacked up a division-leading total of 16-1.

“Other than a little wind, we just learned how to adapt and figure out a way to get ‘em,” he says. “I’ve never fished Seminole before; Wednesday was the first time I’d seen it. So, I just went back to how I fish Lake Okeechobee. When it gets windy there, I go light; so I just kind of fished like I do back home and I got ‘em.”

“We fished some deep stuff, a lot of sandbars and shallow cover,” York says. “I caught a 4 1/2-pounder this morning and then I struggled most of the day.

“Late in the day, I caught a limit of little ones and in the last 45 minutes, I culled all of those and caught my biggest one on my last cast.”