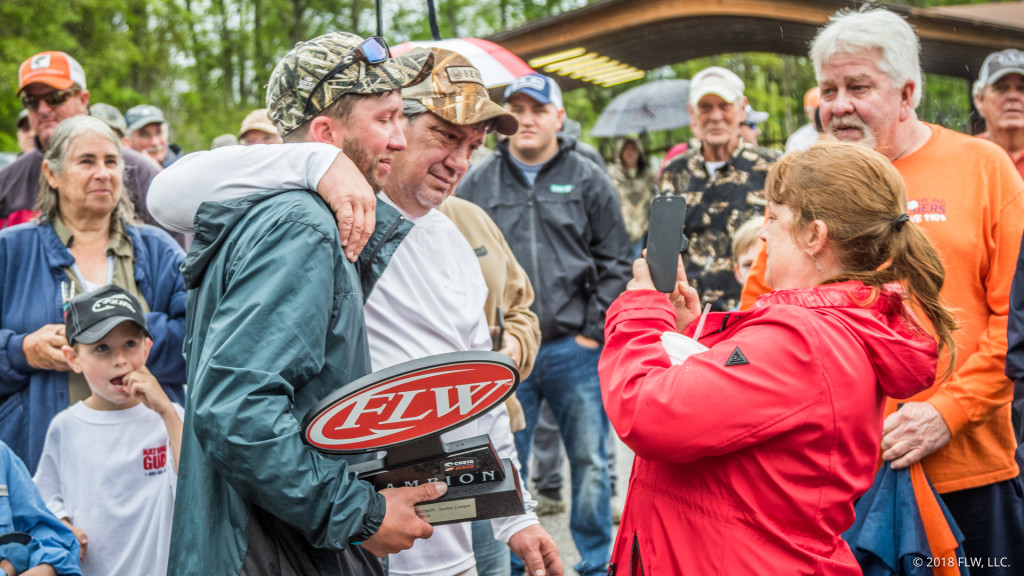 Fishing in his very first Costa FLW Series event, Spencer McNeill of Ladson, S.C., a 31-year-old engineer technician with Ducks Unlimited, dominated the co-angler division for the win with a three-day total of 42 pounds.

On days one and two McNeill fished with pros Scott Byrd and Mark Abbot and caught limits weighing 20-13 and 19-4, respectively. Today he fished with Daniel Howell and only caught one fish. But since McNeill entered the day with more than a 13-pound lead, he didn’t even need the single fish to win. McNeill still won the event by a margin of 11 pounds, 9 ounces.

No matter where his pros took him, McNeill used an old Santee Cooper standby – a wacky-rigged watermelon Zoom Trick Worm on a spinning rod. He favors spinning tackle for most of his fishing as a co-angler since it makes presentations from the back deck a little easier.

“Both my partners the first two days were sight-fishing,” McNeill recalls. “When they would set up on a bed, I would just cast to anything I could see out behind the boat – a stick, a tree, a dark spot, a clump of grass, lily pads. I soaked that worm on anything that stuck out of the water.”

For his win, McNeill took home a Ranger Z175 with a 90-hp outboard.