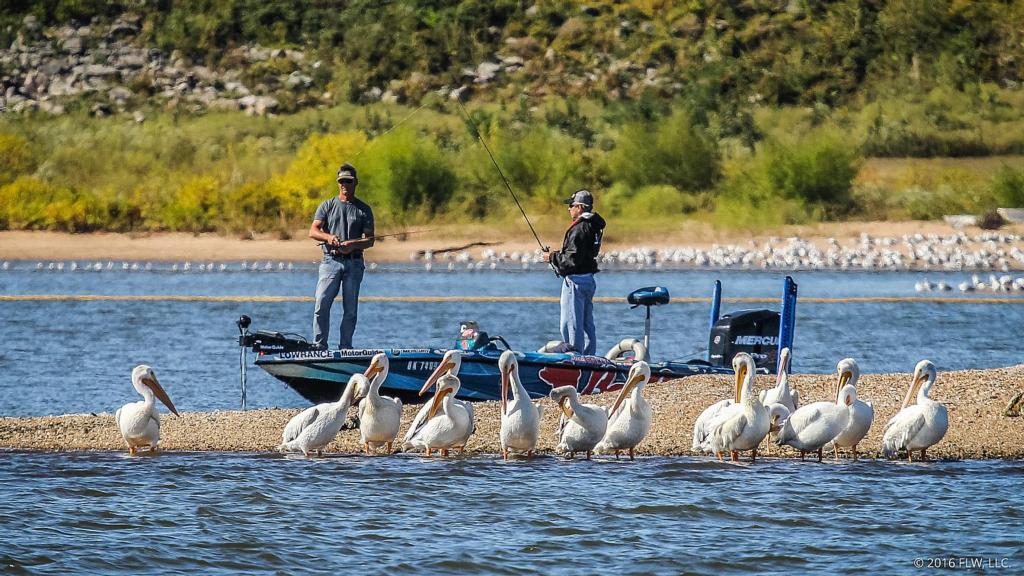 Fort Gibson Lake has the quality and quantity of fish to churn out massive bags nearly all year long, but finding those fish might be harder now than it’s been all year. That’s not great news for anglers ahead of the Costa FLW Series Southwestern Division tournament on Oct. 4.

Heavy rains and cold fronts recently moved in, and after a long summer of hot weather, the changing conditions are wreaking havoc on fish now caught between summer and fall patterns. Bass have been kick-started ahead of schedule, and the result is a lake full of fish scattered all over the place.

“This is not the favorite time of year to fish it, I can say that,” says Southwestern Division points leader and Oklahoma native Christopher Jones. “It’s pretty rough right now.

“It [the weather] has got them scattered. They don’t know if they want to be in the fall or summertime still. They’re in between kind of.”

There’s still time for the weather to stabilize and for fish to begin assuming a fall pattern, but Fort Gibson clearly has a few tricks up its sleeve for anglers hoping to figure out the fish before Thursday. 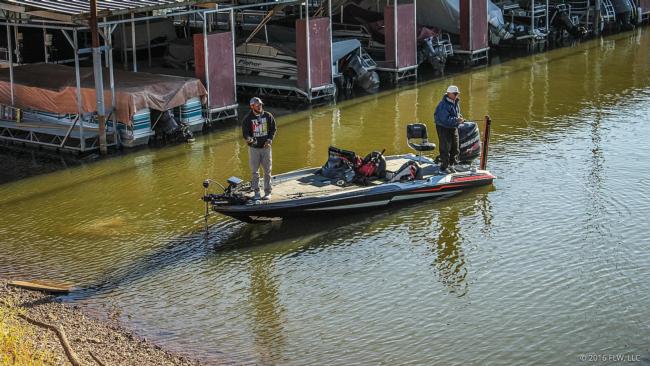 The lay of the water

As part of a three-lake system on the Grand River, Fort Gibson is often at the mercy of the current when it comes to fishing quality and patterns. Right now, the current is nearly nonexistent.

“In June [2017] when I caught them [and finished seventh in a BFL event there], they had just moved out. They were pulling a lot of water out of the lake at the time, and they were biting,” says Jones “Now, it’s sitting still, and there isn’t much current. The fish are trying to transition to that fall pattern with the cool nights, and they’re just scattered everywhere. They’re not bunched up like they were then.”

Still, anglers will have some fairly consistent areas to fish. Jones expects most anglers to spend time flipping cover, cranking square-bills and topwaters in the river, or targeting shallow rock piles in the main lake. Even the dam at the southern end of the lake offers some usually consistent fishing year round.

One of the biggest questions, though, will be if Fort Gibson is capable of handling the fishing pressure of a full tournament field. At just under 20,000 acres, solitary waypoints will be at a premium. 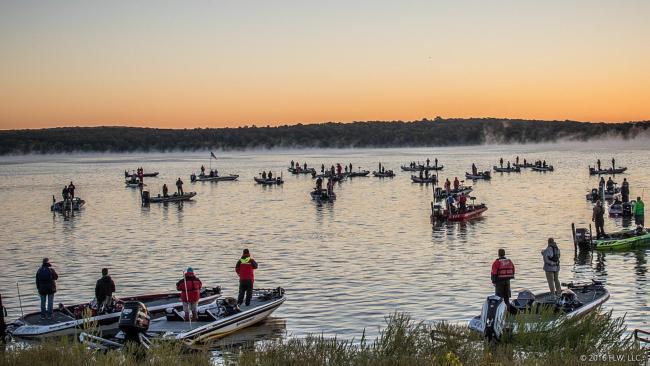 Weather stability is going to be the dominant factor leading up to the tournament. Without it, finding fish is going to be harder than actually catching them.

“I found some places that have some fish on them,” says Jones. “Now, whether or not I’ll have them to myself and whether I can get them to bite come derby day or not still remains to see. You can catch them one day doing something, and then the next day you can’t get a bite doing it. It’s been a tough, weird kind of time of the year.”

Dock talk almost always errs on the side of pessimism, though, and Jones’ prediction for winning weight is a hint at how well Fort Gibson usually fishes, regardless of season.

In September 2016, when the Southwestern Division last visited Fort Gibson, it was, in fact, about 45 pounds that won the tournament. Derek Fulps turned in 45-5 for the victory, while Jeff Dobson weighed 30-1 to round out the top 10. Given the similar time of year, it’s reasonable to expect similar weights to appear atop the leaderboard. 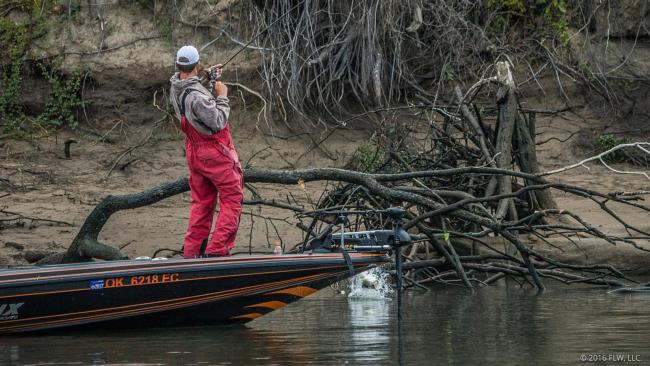 With bass scattered throughout the lake and river, it’s unlikely that only a couple patterns will appear in the top 10 at Fort Gibson.

Flipping cover in the river will likely be a favorite tactic for the tournament field, but topwaters still catch big fish this time of year, as do crankbaits, swimbaits and spinnerbaits. If the 2016 stop at Fort Gibson is any indication, anglers will have the luxury of employing many of their favorite tactics to catch them – provided they can find them.

With a variety of cover throughout the lake (such as laydowns, stumps and logs), expect a decent portion of the tournament field to catch theirs dragging and flipping jigs, worms and creature baits in shallow water. 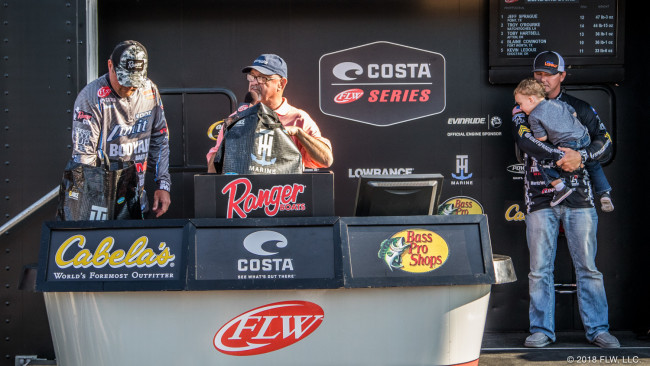 The Angler of the Year race

Jones sits atop the Strike King Angler of the Year standings after a 10th-place finish at Sam Rayburn in February and a win at Grand Lake in March, but his top competitor – Texas pro Jeff Sprague – has a solid history at Fort Gibson as well.

Sprague finished eighth at Fort Gibson in 2016 and has since turned in three top-10 finishes, including a seventh-place finish on the FLW Tour. Trailing Jones by just five points, Sprague’s Angler of the Year hopes are alive and well.

There’s an outside chance neither angler takes home the AOY hardware, but Colby Miller (469 points) trails Sprague by 17 points, and John Pilcher (460) and Todd Castledine (460) are the next anglers within striking distance. Chances are, Jones and Sprague are going to be duking it out on Fort Gibson for AOY honors.