When it comes to fishing from the back of the boat, it was the Jesse Parks show at Mead 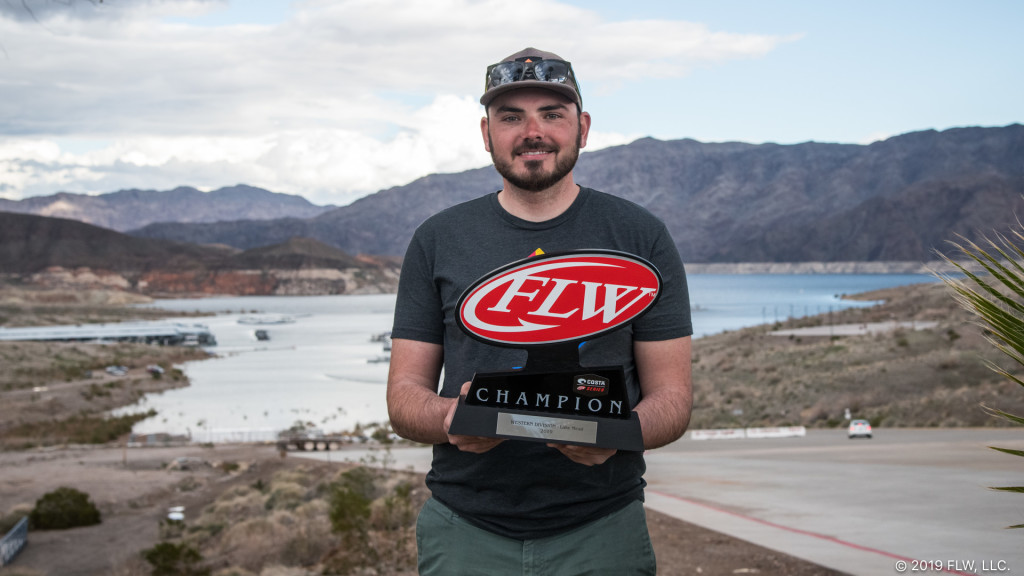 Jesse Parks came within 1 pound, 6 ounces of going wire-to-wire for the co-angler win in the Costa FLW Series Western Division Opener presented by Ranger Boats. He finished day one in fourth place with 10-9, but a 9-4 day-two effort (on a day that stumped most of the field) and two more fish for 3-11 on day three were plenty to claim the lead and never relinquish it.

The 26-year-old Avondale, Ariz., angler and recent Northern Arizona University graduate calls Lake Havasu his home lake, and Mead isn’t all that different from its southern counterpart. Despite having only fished Mead a couple times, Parks was comfortable and confident throughout the event, starting with day one.

“Mead is set up like the western lakes I fish all the time,” he says. “I felt confident. It was tough fishing, and I like it that way. I don’t like people catching a lot of fish; I like them catching 1s and 2s, that way if I can catch 3s and 4s and catch a limit, that puts me so far up.”

It takes a certain level of self-confidence to have that approach. Parks believes that even when no one is catching fish, he’ll be the one to crack the code. That certainly seemed to be the case this week.

Parks isn’t just self-assured — he’s also meticulous, which often goes hand in hand. Look no further than his penchant for creating custom lures and hooks, many of which he used to claim the victory.

“I’m so specific about stuff, and it has to be a certain way,” he explains. “The weight, how many strands are in the skirt, hand-tied to make it puff a little bit more, the blade, the hook…”

Parks creates his own jigs – including the custom vibrating jig he used on day three – as well as hooks and hand-poured plastics. Unable to find a hook he really likes for throwing a weightless Yamamoto Senko (a technique he caught a lot of fish on this week), Parks bought some straight-shank hooks and attached his own homemade keepers to them. He even counts the number of strands he uses on his jigs to dial them in to a precise number.

It takes that level of specificity to excel at any craft. It also helps to be a little flexible and have the ability to adjust to what pros are doing in the front of the boat. 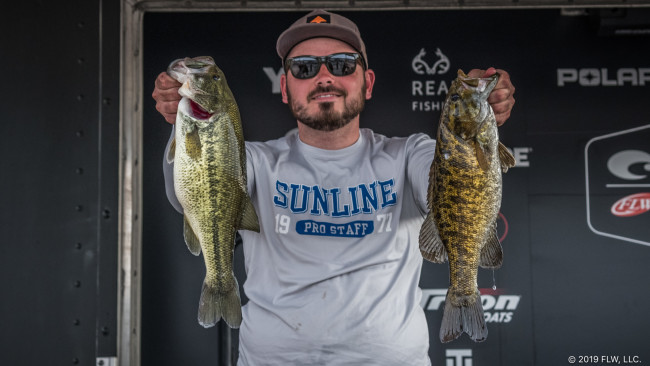 “My pros were sitting really shallow, and I was casting to a deeper break and slowly shaking [a worm],” he says of his approach this week.

As a co-angler, patterns don’t always play from one day to the next across a three-day tournament. But on Mead, a lake that either necessitates either shallow-water fishing or extremely deep finesse techniques, it was fairly easy for Parks to get dialed in on a couple very particular approaches.

On day three, after having fished mostly a weightless Senko the previous two days, Parks turned to his homemade vibrating jig in a green pumpkin color with a shad-color trailer to catch the two fish that clinched the victory for him. Wind was abundant on day three, with gusts nearing 30 miles per hour, and flipping around a weightless Senko was almost impossible. The vibrating jig was just what he needed, and it was finely tuned to his very precise tastes.

This isn’t Parks’ first win, but it was certainly one of the most memorable, especially after he quit fishing for a brief period following a second-place finish as a co-angler at the BFL All-American last year that left a bad taste in his mouth.

“I got second-place in the All-American and it really hurt,” he admits. “(2018 Western Division runner-up) Joe Uribe was telling me, ‘This tournament, it’s tough fishing. Those are the ones you can win. You’re going to win this tournament,’ before I even started or had my entry in. And I’m here now.