Castledine trails by just 8 ounces with one day left 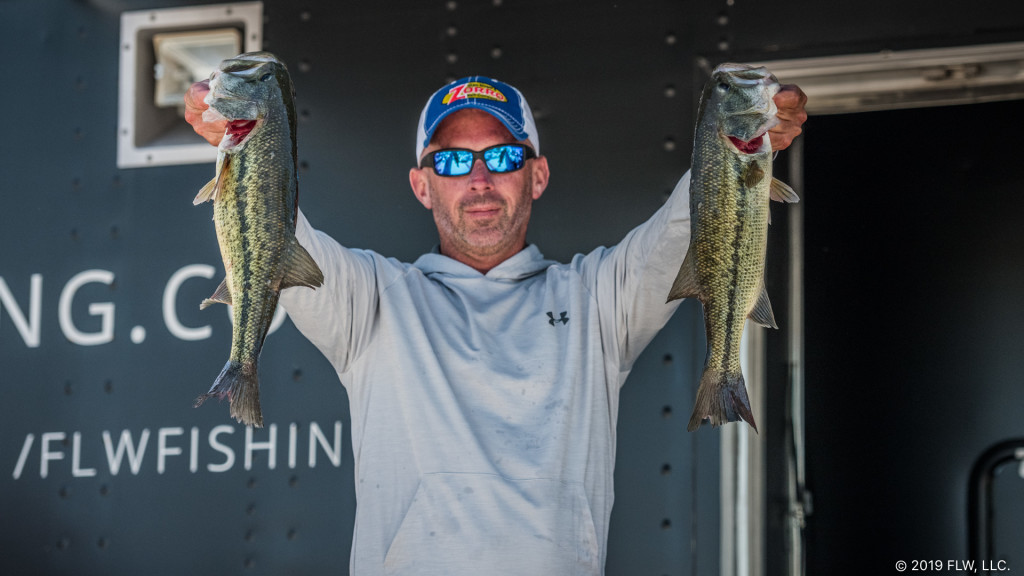 Jake Morris might not say much, but right now, he doesn’t have to say much. His fishing is doing plenty of talking for him.

By bringing in 15 pounds, 3 ounces today, the McKee, Ky., pro has now led all five days of competition in the Costa FLW Series Central Division this season (he won wire-to-wire at the first event on Kentucky Lake). His 32-7 two-day total gives him a slim 8-ounce lead over FLW Tour pro Todd Castledine in this event, which is presented by Power-Pole and hosted by Explore Branson.

“I’m just numb right now,” Morris says of his hot streak. “I don’t even know what to say about it, and I don’t say a whole lot anyway.”

At this point, there’s not much left to say.

Morris basically replicated his game plan from yesterday, making an hour-plus run almost as far up the James River as you can go before it truly turns into river and can barely be considered part of Table Rock Lake.

“They look like sharks when they eat it,” Morris says of how aggressive his fish have been.

That said, like most pros today, it was a little slower for him … it took him an extra half hour to fill his limit instead of the hour he did it in yesterday. Once he had five for that kind of quality, Morris knew he’d fish tomorrow and simply packed up and started fishing his way back down the lake.

“I keep trying to find back-up patterns or to replicate what I’m doing up there,” Morris says. “I’m catching a bunch of fish, but nothing that’s been helping me.”

That may not be a good thing, because Morris admits that the forecast for tomorrow has him “bad scared.” The temperature is supposed to dip down to around 50 degrees, with rain showing up around 4 a.m. and not stopping until right around the time the pros will get off the water.

“If it gets cold again, the fish are so shallow it could make them leave,” Morris says. “Of course, I was scared today until my fifth cast when I caught a 3-pounder. Those feelings went away after that.

“We’ll see what happens tomorrow. I may go up there and zero, but I’ve got to go back up there.” 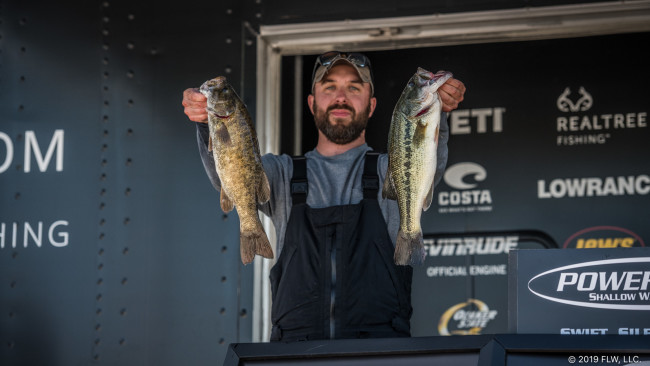 Hampshire, Tenn., co-angler Robbie Bartoszek jumped five places to take over the co-angler lead today. Though he hasn't weighed in the biggest co-angler limit either day so far, Bartoszek's lead is thanks to his consistency. He's weighed in limits of 12-9 and 13-3. He'll fish with pro leader Jake Morris on Saturday with a 14-ounce lead over Missouri's Dennis Meyer.