Wind hurt some, carried others to top spots 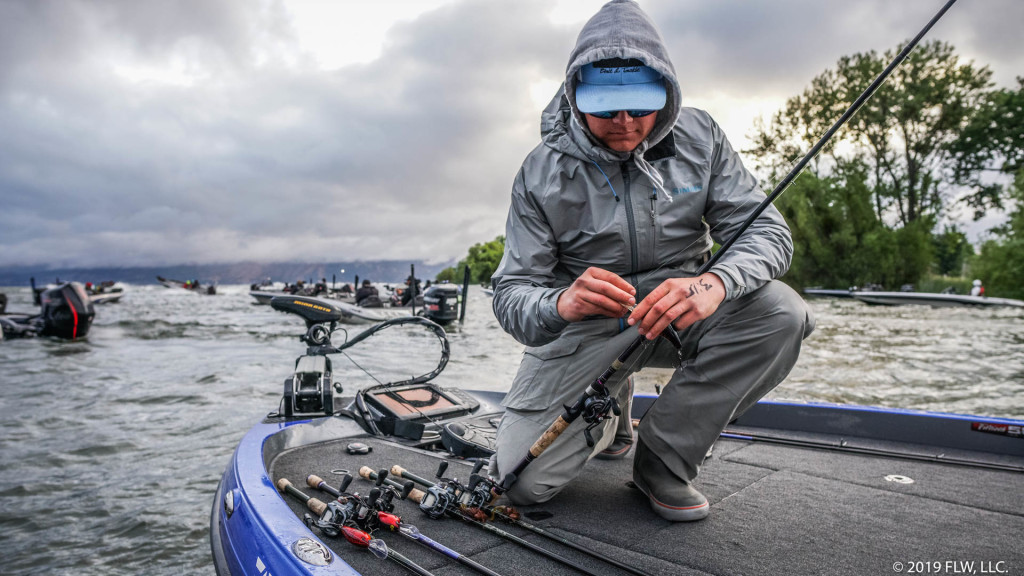 Joe Uribe Jr. refused to let the strong winds of day two discourage him; instead, he made key adjustments to catch 19 pounds, 5 ounces of Clear Lake bass and take over the lead in the Costa FLW Series Western Division event presented by Ranger Boats with a two-day total of 41-13.

Drop-shotting tules was the main pattern for Uribe and knowing how to reach the fish made all the difference. Adjusting to the conditions was definitely key on day two, and no doubt the rest of the top pros had to go with the flow to stay in sight of the title. 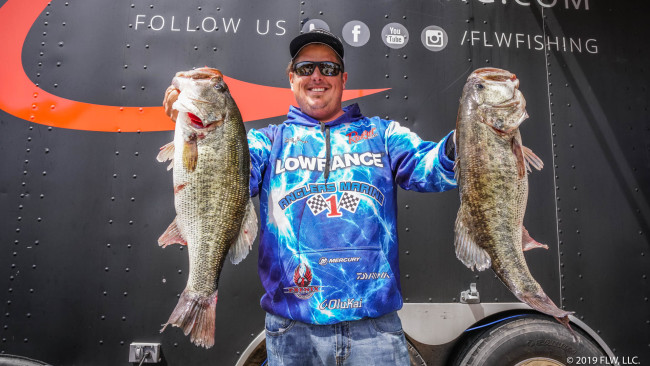 Day two was all about the work ethic for Kyle Grover. He didn’t fish anything secretive and he didn’t use any edgy tactics; he just invested the sweat equity into harvesting what he knew was there. His reward: the day’s heaviest pro limit — a catch that weighed 23-14 and pushed him up from 25th place to second with a total of 40-11.

“I stuck it out all day; back and forth on one 300-yard bank and just ground it out,” Grover says. “I didn’t realize the potential of the bank I was on yesterday. I didn’t start there yesterday, but I started there today. I caught a 3-pounder on my first cast and I caught a 7-pounder on my second cast and then my co-angler and I caught fish literally all day. We probably caught 60 fish between us.

“It was a spot that the wind was blowing directly into today until noon and it was not easy to fish,” Grover says. “My Minn Kota Ultrex trolling motor was a big help, for sure. I was throwing a lighter bait and dragging it on the bottom. I don’t think you could fish this way without being able to hold the boat in position.” 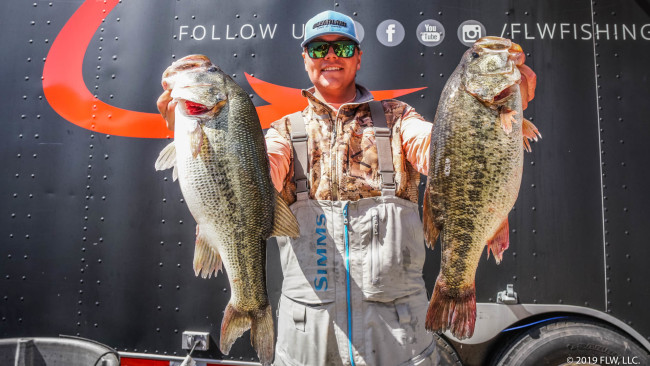 While most of the field tucked in close to shorelines, Andrew Loberg worked offshore spots and caught a limit of 20-10. Adding this to his day-one weight of 17-7 gave him a tournament total of 38-1.

“The wind didn’t impact me today; I actually think more fish are going into that deeper stuff,” Loberg says. “I just knew that with the weather patterns and with the full moon (Saturday), a lot of those fish are pulling off beds to go out deep. I’ve seen in the past that a lot of fish start going out deep this time of year, so I just stuck with it.”

Loberg caught fish on a mix of reaction baits and slower presentations. He varied his offerings based on conditions.

“When there’s a lot of wind on what I’m fishing, I use moving baits,” Loberg says. “When it slicks out a little bit, I’m fishing slower.” 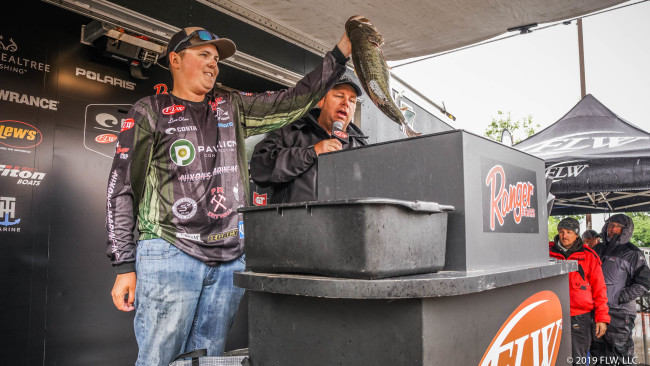 Day-one leader, Lane Olson, came into the second day with a 2-pound, 8-ounce lead after posting the tournament’s biggest catch — 25-0. Today’s heavy winds took a major toll on his operation and he never found the big bites that anchored his first-round catch. Adding 12-9 today gave him a tournament total of 37-9.

“It was a struggle today,” Olson says. “I caught one early, but then I really had to grind for what I caught. That wind was brutal. All my stuff that I fished yesterday were blown out and I couldn’t fish them. But I adjusted and ran all new water.”

Olson lamented an estimated 8-pounder he lost on a frog, but he noted that an inconsistent frog bite actually helped his cause.

“They weren’t really eating the frog that good, but I’d have them blow up on it, but then I’d pitch in there with a wacky-rigged Senko and catch them,” he says. “I caught my fish on a drop-shot and a wacky rig, but the frog definitely helped me find them.” 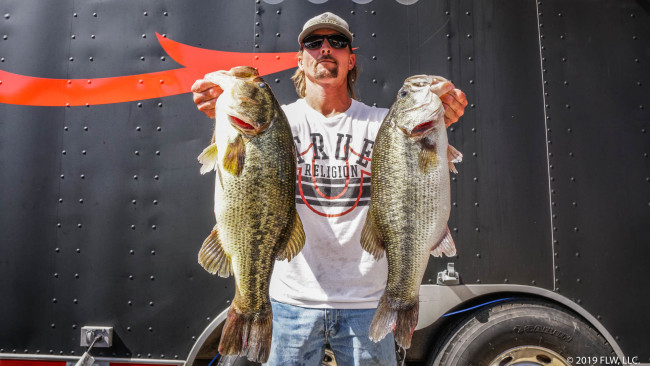 “I’m on a reaction bite near tules with deep water in front of them; it has to be 7-8 feet deep,” he says. “I think the fish are prespawn and postspawn. I had a 6-pounder yesterday that was definitely prespawn and both the big fish I caught were definitely postspawn."

German says dredging the bottom was the key to his productivity. His biggest bites came around 10 a.m.