Stop No. 2 of the Costa FLW Series Northern Division heads to the historic tidal river 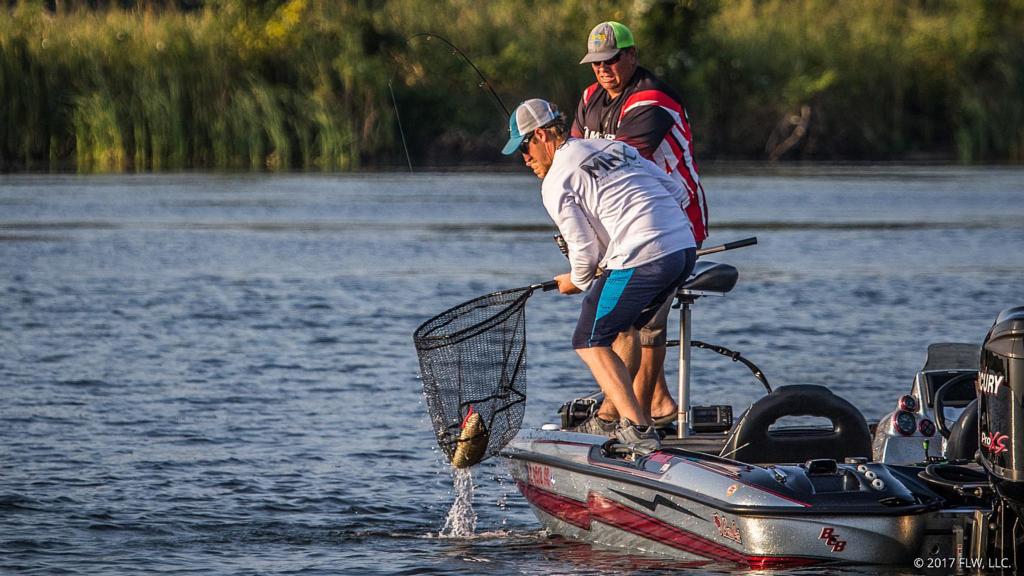 Moving south from Lake Champlain, the second stop of the 2019 Costa FLW Series Northern Division presented by Gajo Baits is on the Potomac River. The tournament, which is presented by Lowrance and runs Aug. 22-24, should offer a fairly standard set of August conditions for the anglers, with plenty of quality largemouths to go around. 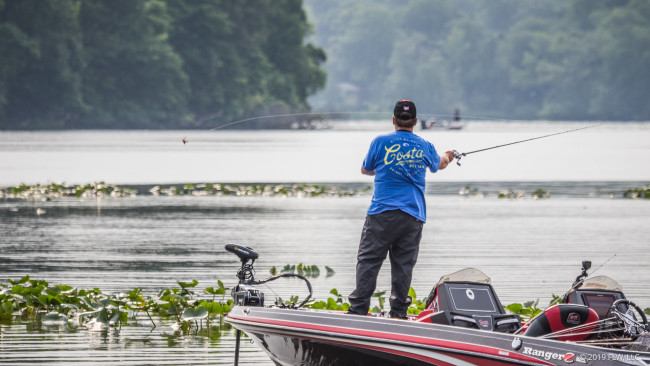 The report on the river

The Potomac River feeds into the Chesapeake Bay and is tidal with varying levels of salt as you go south from the more riverine portions near Washington, D.C. The key to the bass fishing on the Potomac these days is the plentiful grass.

Usually there is a wide variety of grass available, with pads, milfoil and hydrilla all playing a part. This year, after unusually slow grass growth in the spring, the mix is a little different.

“There’s a lot of grass out here, but there’s no milfoil. It’s just hydrilla, which is different,” says FLW Tour pro Kurt Mitchell. “There also isn’t as much as there normally is. Some of my favorite areas don’t have any, but the big community areas are chock full of grass.”

In addition to the grass, various styles of hard cover and current-related patterns usually account for fish on the Potomac. From docks to tidal creeks and rock piles, there’s a good variety of cover available.

Because the Potomac is tidal, the fishing is always pretty dynamic, and timing things right can be critical. This week, the tides aren’t projected to be very favorable for the event, as the tide will be nearly out at takeoff each morning and then be incoming in the rest of the day. Ideally, most anglers would like an extended crack at the fish for the last hour or so of the falling tide and the first hour of the incoming tide. 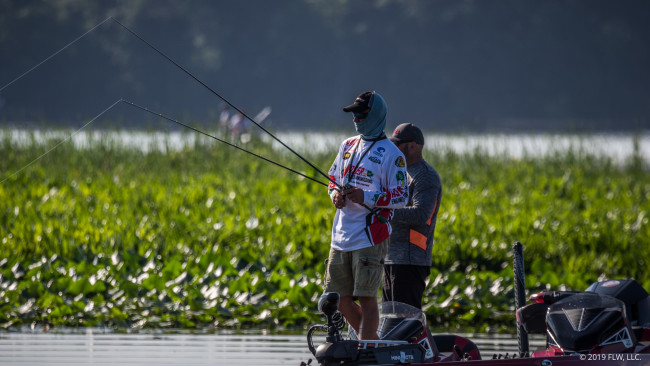 In any given Potomac tournament, a pretty broad range of patterns can put fish in the boat and anglers in the top 10, which is part of the puzzle on the river.

“I like fishing the grass. I love throwing a swim jig and a frog. But I also like how diverse it is,” says Mitchell. “You can catch them on a drop-shot or flipping or on a topwater, too.

“It’s really a toss-up on what’s going to win,” Mitchell adds. “I haven’t got dialed in to anything, but I’ve caught a couple on docks, on grass and on wood. It seems like there aren’t great numbers going now, but the bigger fish are biting.”

With water temperatures currently in the upper 80s and low 90s, a projected cooldown has folks excited. If the weather forecast holds out, highs will drop from the mid-90s to the low 80s on day two and day three of the event.

“It’ll make it better,” projects Mitchell. “It seems like on the river when the water temperature gets above 88, the bite suffers. If we get a break in the weather that’ll help things.”

As for a winning weight, Mitchell figures about 15 pounds a day will get it done. Bryan Schmitt, perhaps the premier local on the Potomac, thinks 46 pounds will win. In August 2017, Mike Hicks won the Costa FLW Series event on the river with 48 pounds, 10 ounces, but he was one of just three anglers to break the 40-pound barrier.