Reese Leads on the Potomac

Weights are tight throughout 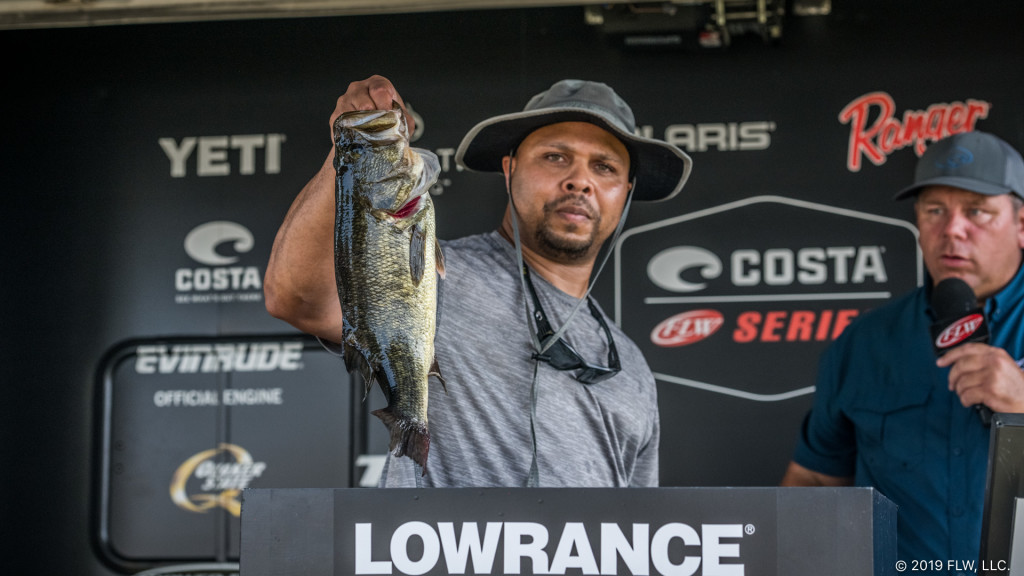 Day one of the Potomac River event, which is the second stop of the Costa FLW Series Northern Division presented by Gajo Baits, featured plenty of limits, but getting quality bites was definitely an issue for some. In the lead after day one, Marvin Reese of Randallstown, Md., weighed 14 pounds, 12 ounces to get things underway. Behind Reese, Justin Atkins and Jason Kervin both weighed 14-5, and Robert Grike rounded out the 14-pound brigade with 14-4. Overall, just 11 pros cracked the 12-pound mark on day one of the tournament, which is presented by Lowrance, but 8- and 9-pound limits weren’t too hard to come by.

Reese is a Potomac local, and though he’s got two Costa FLW Series wins under his belt as a co-angler, he’s relatively new to the front of the boat in high-level competition, having only started fishing T-H Marine Bass Fishing League events as a boater in 2016.

“It went pretty good,” says Reese of his day. “I’ve got a couple of spots where I caught that bag early, and I left them alone by about 9:30 a.m. So hopefully they will reload for me tomorrow.

“Tide is everything on this river system, whether you’re fishing hard cover or grass, and low tide first thing in the morning is perfect for how I’m fishing.”

Catching just six keepers, Reese thinks he’s rationed his fish well. Unless the cool and cloudy weather on tap for tomorrow changes things he thinks he could keep up the pace.

“I found some pretty good quality,” says Reese. “This is my home fishery, and I’ve got a couple of hard-cover spots that usually produce. Right now they’re producing pretty good for me.” 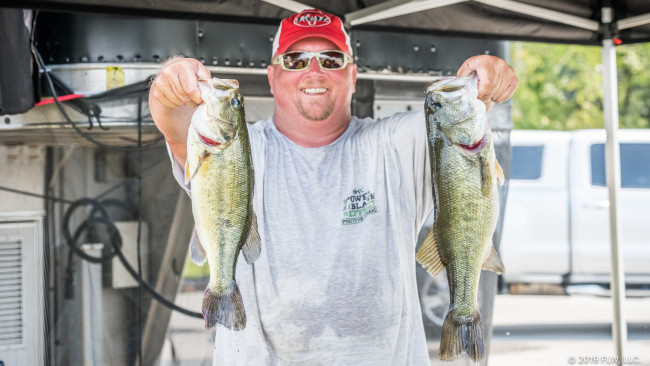 Only eight pros broke the 13-pound mark on day one, but co-angler Daniel Taylor of Elizabethton, Tenn., blew by it with 13-10 on just four fish for the lead in his division. In second, Ted Kephart of Philipsburg, Pa., weighed a limit worth 12-10.

Fishing behind pro Bryan Sisk, Taylor caught a heavy 4-pounder right off the bat and a 3-pounder a little while later to set the pace.

“I had a wonderful day,” says Taylor. “I only got four bites that I could get in, but I got one other bite. I caught them all on a Senko. We’ve been here for five days practicing, and we caught just one bass the first three days.”

Taylor says that he and his travel partner found some fish later on in practice, but Sisk was doing something totally different today. So, Taylor adjusted.

“I feel great about tomorrow,” he says. “I’m versatile. Whoever I get drawn with, I’m going to do whatever I can do to stay in the lead.”