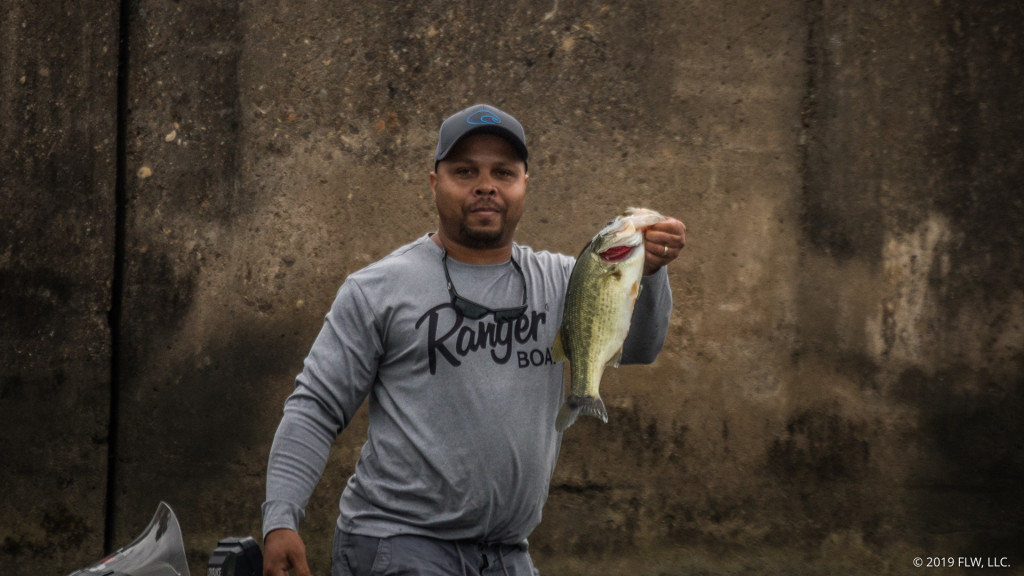 Day two of the Costa FLW Series Northern Division presented by Gajo Baits event on the Potomac has been quite a swing from day one. However, despite dramatically different weather, some of the top pros are still catching, and it looks like a tight race is setting up for the final day.

On the weather front, day one featured sunny skies, light wind and plenty of heat and humidity. Though it’s humid again, the rest of the conditions have changed – the morning was overcast, and a fairly strong north wind has built as the day has gone on. That wind has some parts of the river rolling, particularly across from Greenway Flats and at the mouth of Mattawoman.

Starting out in the lead, Marvin Reese ran up toward D.C. to start and struck out on his first spot. His second stop produced a pair of 3-pounders, but by about 9:30 a.m. he still had just the two fish. Behind Reese, Justin Atkins and Jason Kervin started out tied, but if things continue apace they won’t stay tied. Late in the morning, Kervin had just one small fish while Atkins had scratched up a limit for about 11 pounds and lost a couple of other decent fish.

Behind the top three, the results are pretty mixed as well. Robert Grike is having a legitimately good day, with 12 pounds or so in the boat mid-morning, he says he’s “not done yet.” Gregory Wilder and Troy Morrow, on the other hand, are having a slow go of it – Wilder had three with just one decent one at noon and Morrow had just four skippers around 10:45. Early on, Brian Tyler was having a very tough start, and had no keepers in the boat around 9:30.

Outside of the top 10, we know that Ryan Ingalls has three small ones and Steven Hatala has a limit for about 10 pounds. Other than that, we’re waiting for weigh-in, which starts at 2:30 p.m. ET and will cut the field down to 10 pros and co-anglers for the final day.