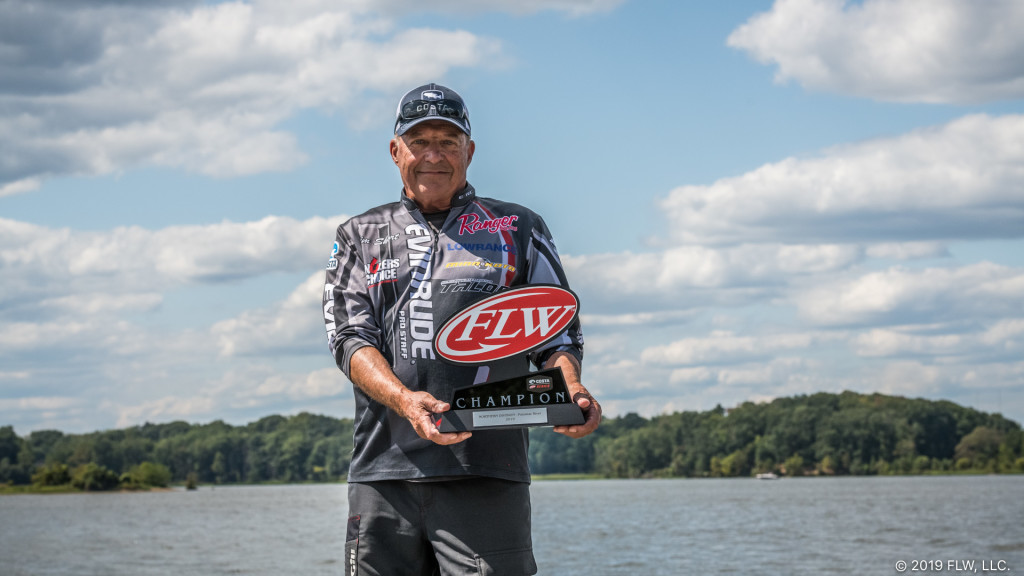 Jim Short Photo by Charles Waldorf. Angler: Jim Short.
29-9 gets the job done on the Potomac River from the back of the boat
August 24, 2019 • Jody White   • Toyota Series

Weighing a limit on day one and two bags of just four fish each over the next two days was enough to earn Jim Short the co-angler title in the Costa FLW Series Northern Division presented by Gajo Baits on the Potomac River. Weighing 9 pounds, 15 ounces on the final day for a total of 29-9, Short took home a new Ranger Z175 and $5,350 in cash.

Hailing from Ocean Pines, Md., Short has plenty of experience on the Potomac, and also plenty with FLW, as he finally got a win in the 175th event he fished. By finally winning an event, which was presented by Lowrance, Short put that experience to good use.

“It is tough to win one of these, it’s darn difficult,” says Short. “You get some opportunities and it doesn’t work out – it’s hard to cross the finish line. By the time you make the top 10 you’re fishing against guys that are catching fish, that know how to fish, and they’re fishing with guys that put them around fish. To pull this off is satisfying.” 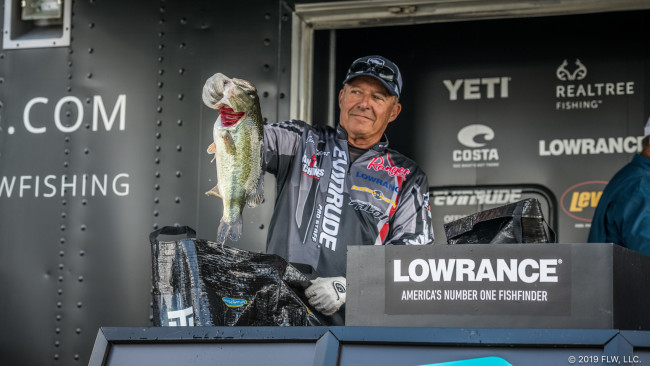 Adjusting was the name of the game as Short fished wood on day one, grass on day two and hard cover up north on the final day. Different cover meant he had to adapt his bait choices each day.

The first day, a ½-ounce green pumpkin jig with some black and brown in the skirt and a black/red flake craw was good to him. On day two, he caught some on a mojo rig (essentially a finesse Carolina rig) and a ½-ounce Z-Man ChatterBait Jack Hammer with a 3.8-inch Keitech Swing Impact FAT trailer.

“It’s a color that counts – that’s a great color on the Potomac River,” says Short of blue flex. “Green pumpkin is great when the water is cleared up, but there’s no milfoil this year, so when it gets dusky and dirty you’ve got to give them something dark.”

Something dark was indeed the ticket, and Short managed one real big fish behind Robert Grike today. That big one gave him the edge, and let him move up from third to claim his first win.