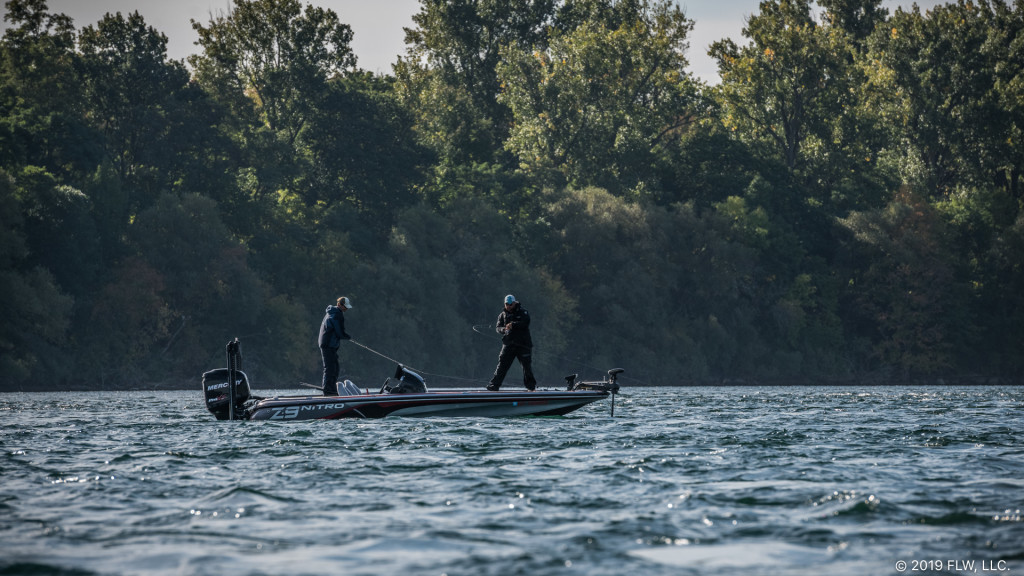 Things may be getting even tougher as fish continue their late-summer transition
September 20, 2019 • Sean Ostruszka • Toyota Series

Everything looks the same, but something is definitely different on the river today. That may not be a good thing.

Top 5 pattersn from day one

There’s definitely more current today than yesterday, but most pros simply weren’t able to get the bigger bites this morning.

Fortunately, one thing that wasn’t tough was finding the top guys. While there’s more than 100 miles of water to fish on the river, the majority of the top anglers were situated in a 5-miles stretch around the Ogdensburg bridge.

Unfortunately, there wasn’t much catching amongst all of them this morning.

We checked on Hatch early and he didn’t have a fish at 9 a.m., though he didn’t seem too fazed considering his plan was to just keep bouncing around until he figured out what the smallmouth were doing today. We checked on him again just before getting off the water and he still hadn’t figured them out, as he had only one fish.

A big reason was the current being so strong it was actually blowing out some of his eddies holding fish. Something echoed by Behrle, who was hunkered in the same eddy all morning. He managed to scrounge up a limit of 10 or 11 pounds, but the only big bite for his boat was a 5-pounder for his co-angler.

Speaking of big bites, Smith certainly had one. He has one in the box that’s in the 6-plus-pound range, but not much more to go with it. Still, he’s in the low teens for weight. 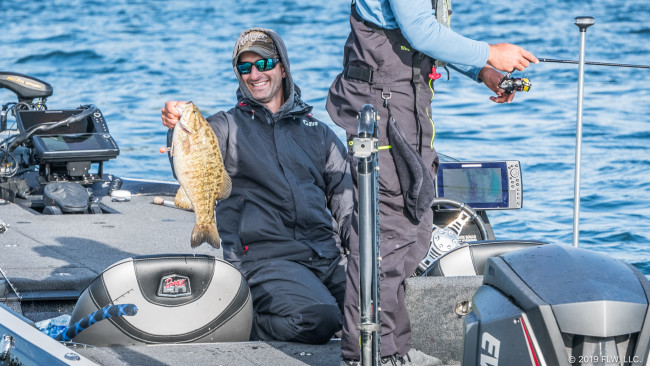 Travis Manson had the heaviest bag of anyone we found today with 16 pounds, and that was with only four fish. He has half the day to get one more big bite to put him over 20 pounds.

As for other updates from the top pros, Golub had a 13-pound limit, Kenney had five with only one he’d like to weigh in, Thrift had a limit of “itty bitty ones” and Bradley only had two, though her co-angler had four, including a nice one.

Early on we checked with Justin Hicks (two small fish), Justin Atkins (limit for 9 pounds), Tom Hardy (three for 8 pounds) and Troy Robla (four fish for little weight). We also chatted with Brandon Johnson, whose tournament could only go up after finishing day one near the bottom of the leaderboard. Today, he had a limit for 13 pounds last we checked with him.

Almost all the pros we talked to said the higher the sun gets the better the fishing gets, and the sun is certainly high and bright right now. Plus, we don’t know how it’s going down near Clayton for the likes of Dakota Ebare and other top pros.

It should be interesting to see if there are some late-day rallies before weigh-in starts at 3 p.m. ET.