Massive showdown in store for Saturday on the St. Lawrence River 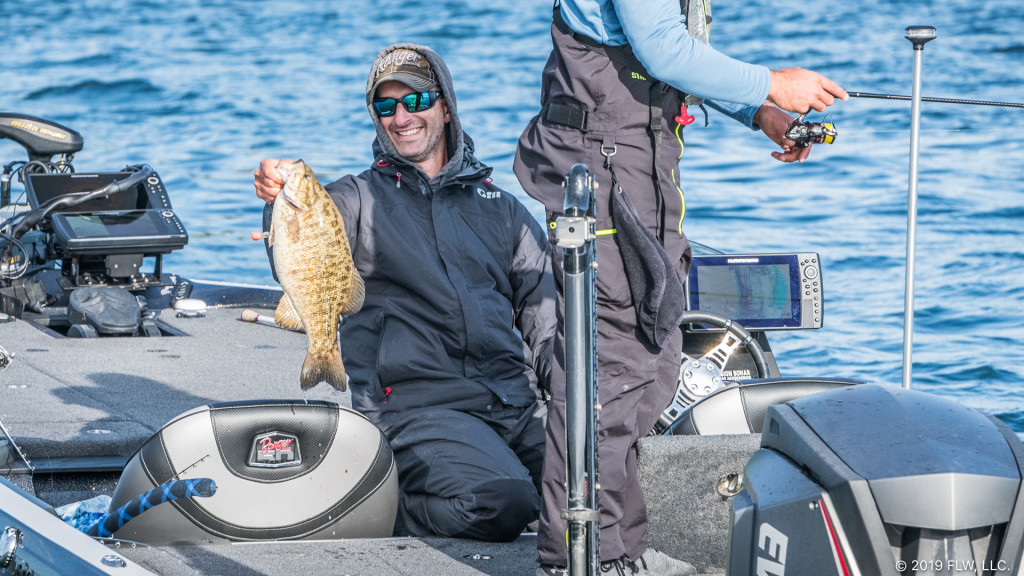 Day two has set the stage for an epic day-three showdown.

Four of the top seven anglers in the Angler of the Year points race for the Costa FLW Series Northern Division finale presented by Gajo Baits made the top-10 cut, and three of them – Scott Dobson, Casey Smith and Wayne Vaughan – are in the top five with real chances at winning both the tournament and AOY.

Throw in the fact that little more than a pound separates any of those three from leader Jonathan Kelley, and tomorrow should be a lot of fun. 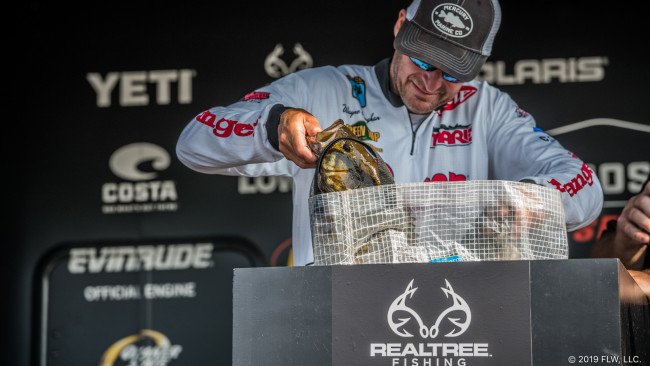 Vaughan doesn’t know what was different or why, but he was sure glad it was.

The Virginia pro didn’t have a bad day Thursday by any means (he weighed in 19 pounds), but it wasn’t like he ever felt fully on the fish in his deeper areas down near Clayton, N.Y.

Today, that all changed.

“The current really seemed stronger, and my fish were sticking a lot tighter to the bottom,” says Vaughan. “Plus, the way the current was, I could drift better, so I think it all came together.”

The end result was the third-heaviest bag of the event – 23-10 – to jump just 6 ounces behind Kelley.

As for what he’s doing, he said he’s just keeping it simple, drifting areas anywhere from 25 to 50 feet with a drop-shot and a tube. 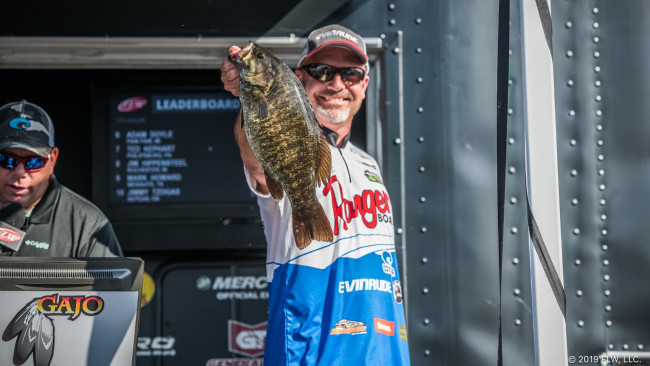 When it comes to catching river smallmouth, few are better than Dobson.

Not surprisingly, the same shallow areas he won the 2016 event from just past the Clayton area of the river are the same ones he’s fishing now. And guess what? There are still plenty of big fish there.

“Something about that area; there are just more big fish shallow,” says Dobson, who brought in 23-6 today. “Up [near takeoff] you might see one or two. Down there, there are five, six, seven. That creates more competition. It makes it easier to get one to fire, and then the others go, too.”

Being up shallow, Dobson says he’s seeing everything he catching, utilizing either a jerkbait or a drop-shot as a “one-two combo.”

His only hiccup today was actually an act of sportsmanship. Fellow competitor Adrian Avena’s boat broke down, and Dobson brought him back, forcing him to cut his fishing short by little more than an hour.

With the quality he knows lives down where he’s fishing and with Angler of the Year on the line, he says he’ll gamble once again on the long run to try and win both in one shot.

“It’s an hour-and-40-minute run,” says Dobson, “But I have to do it. Things could be totally different down there tomorrow, but I don’t want to be kicking myself if I don’t go.” 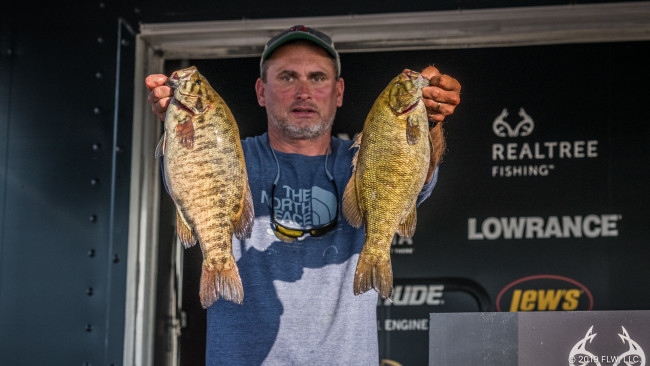 “If it was football, I would’ve fumbled on the goal line three times today,” he says. “I lost three over 6 pounds that jumped off right at the boat. They would’ve drastically, drastically, improved my bag.”

Considering he still brought in 19-13, it wasn’t too awful a day, but one or two of those big ones could’ve had him leading. And, incredibly, all three came from one spot.

Golub has been fishing a milk run of 15 spots; all very specific current breaks. Some are in a foot of water, and some are in 65 feet, and they span from 48 miles downriver to one he could see from weigh-in.

While he only needed to hit six yesterday, today he hit all 15 thanks in large part to the three he lost. Fortunately, he says a feeding window opens up after 1 p.m., which allowed him to pick up three more solid fish to keep him in contention.

As for tomorrow, Golub says he may run further south to hit a few new spots from his 30 years of experience on the fishery, but a lot will depend on the conditions. 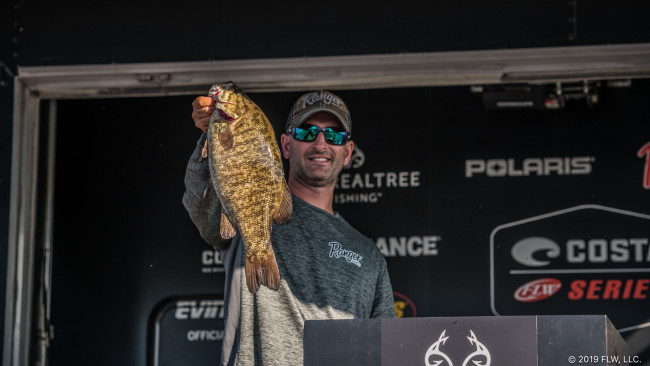 Catching a 6-pounder right away usually sets up an angler pretty well for the rest of the day. Not so much for Smith.

While he caught his 6-2 around 8 a.m. this morning, soon after, his deep bite all but died. Around noon, all he had in his livewell was the one giant, a 3-pounder and three tiny fish. That’s when he decided he needed to make a change.

“All I’d done was fish out deep, but I decided to go shallow,” says Smith, who weighed 19-14 today. “Right away my co-angler caught a 5-pounder, and after that I said I’m staying there. I fished and fished around until I finally got two good ones to commit.”

With how spread out his fish have been, Smith says he’s not quite sure what direction, deep or shallow, he’ll go tomorrow.

“All I know is if I follow the clues, I’ll be fine,” says Smith.