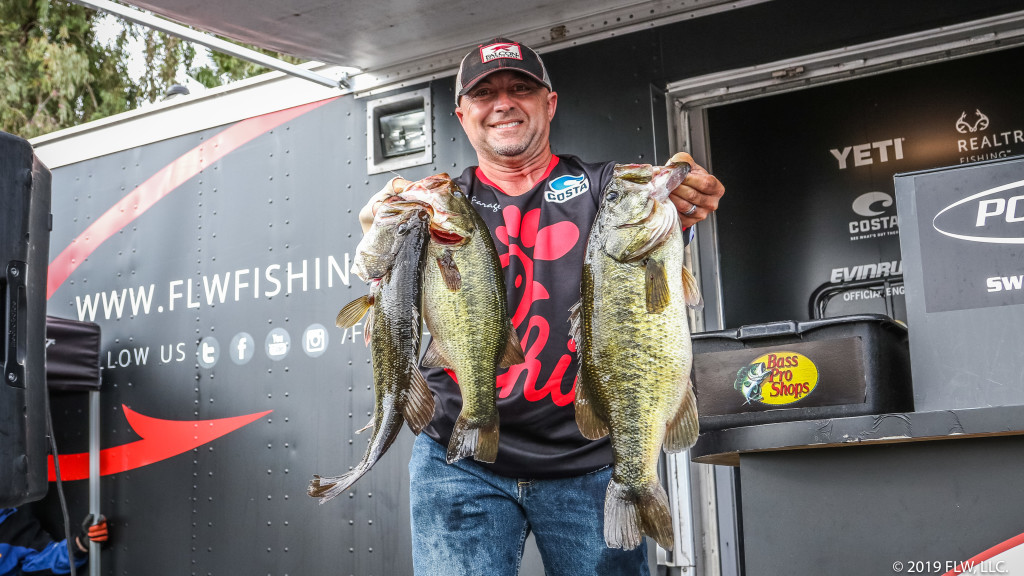 Weighing 14 pounds, 2 ounces on the final day of the Costa FLW Series Western Division event presented by Power-Pole on the California Delta, Jack Farage totaled 37-2 to edge ahead of Cesar Laguna for the co-angler win. The win is Farage's fourth as a co-angler at the FLW Series level and he took home a brand new Ranger boat because of it.

Winning events out west has almost become a routine for Farage now, but there was nothing routine about his winning fish.

Paired with pro Mike Birch on the final day, Farage found himself without a keeper fish at 10:30 a.m. With his partner punching hyacinth mats that were blown into a Frank’s Tract tule line, Farage took is shot at a promising target and sent his heavily weighted bait into the dense vegetation.

Farage immediately came tight on a solid fish, but the big bass was so deeply buried in the cover, he could not pull it free. Complicating matters was the fact that the boat was tucked into the tules at an angle that left him little leverage. Moreover, Birch’s trolling motor was too clogged with grass to offer much help in the time-sensitive situation.

Birch was able to lay across the mat and manually dig the fish out of cover, while Farage kept pressure on his end. Birch grabbed the fish, but just as he pulled it clear, the fish shook from his hand and dropped back into the mat. Fortunately, Birch was quick enough to grab it again before the fish buried into the cover and Farage was able to anchor his forthcoming limit with a 4 1/2-pounder.

“That was a key fish,” Farage said. “I made a very long cast in heavy winds and it just worked out.” 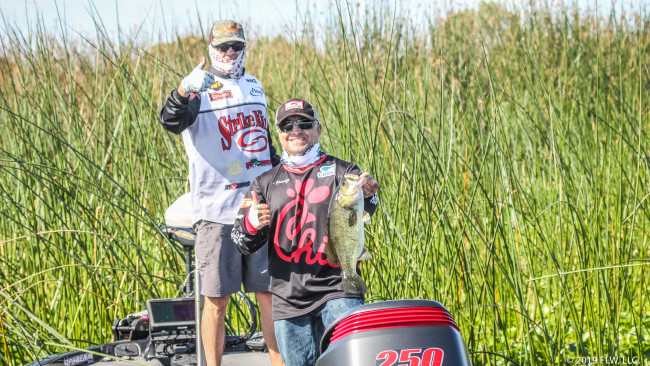 Unable to get a reaction bite going, Farage mixed his tournament time between flipping and finesse. For finesse, he stuck to drop-shotting a Roboworm in the margarita mutilator color. On the short line, he relied on punching a brown/red Reaction Innovations Sweet Beaver.

“I started with a 1 1/4-ounce punch weight and after the winds got heavy, I switched to a 1 1/2-ounce and that worked out perfectly.”