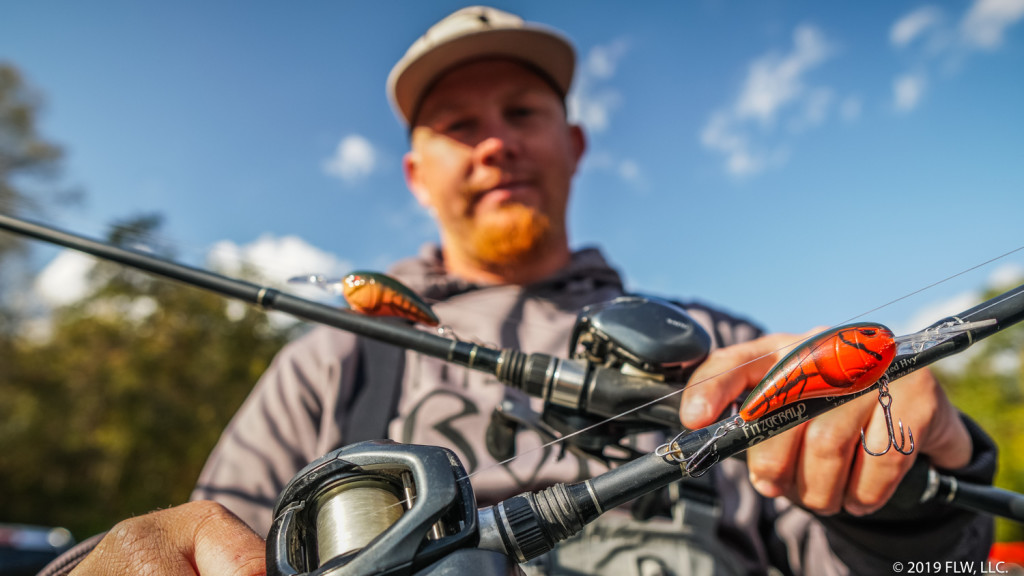 What works in the hills of Kentucky in the fall
November 3, 2019 • Curtis Niedermier and Rob Matsuura • Toyota Series

In classic Southern smallmouth fashion, crankbaits and jigs dominated the top 10 at Lake Cumberland during the 2019 Costa FLW Series Championship. The only exceptions were a few finesse baits and the tackle used by two pros who targeted largemouths. 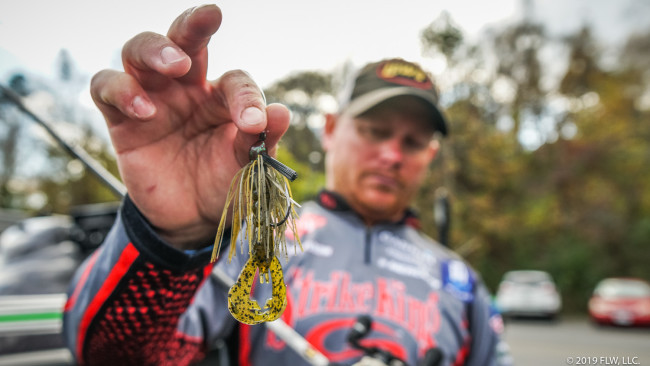 1. To earn his second win on a Southern smallmouth fishery, Andrew Upshaw caught some fish on a Ned rig with a 1/8-ounce Gene Larew Pighead Jig Head and a Strike King Ned Ocho Worm, but he did most of his work with a green pumpkin Strike King Bitsy Flip Jig and matching Strike King Baby Rage Craw trailer. 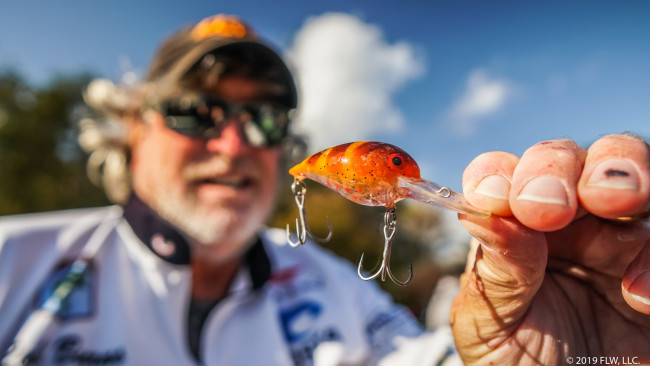 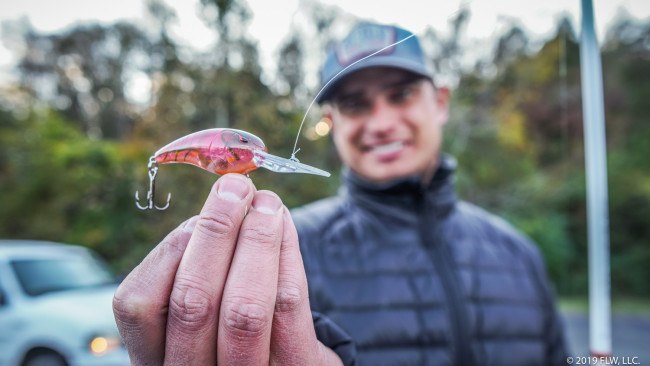 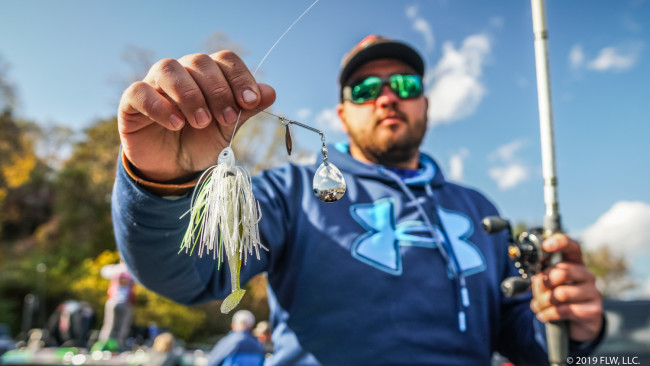 4. The only bait Luke Plunkett needed was a 1/2-ounce double-Colorado spinnerbait by Coosa Custom Baits. It had a yellow skirt with a little bit of chartreuse. 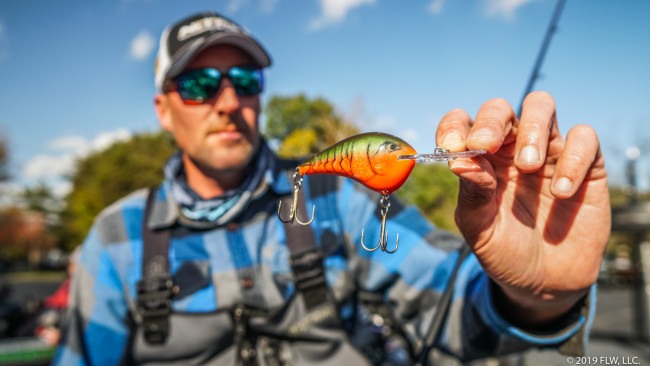 5. Travis Manson cranked with a Rapala DT 14 in either brown craw or red craw, or a SPRO RKCrawler 55 in red craw. To follow up the cranks, he used a drop-shot with a Roboworm Straight Tail Worm in morning dawn. 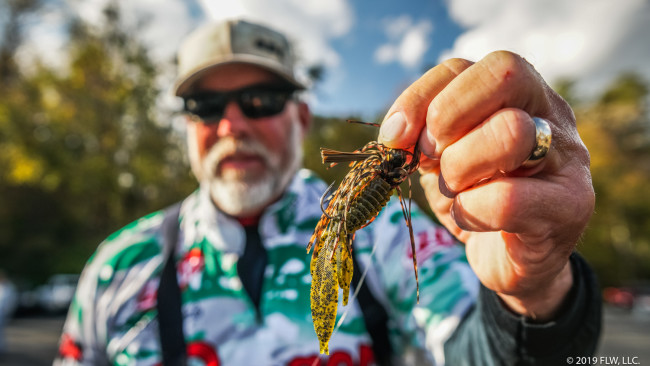 6. California’s Rusty Salewske fished a 3/4-ounce green and brown football jig that was made for him by a friend in Arkansas. He paired it with a Reaction Innovations Sweet Beaver trailer. 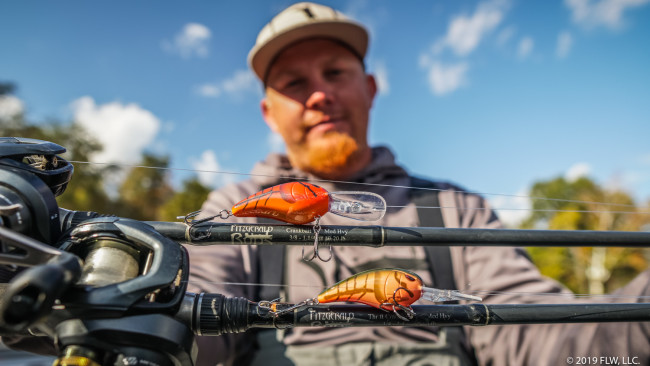 7. Florida’s Laramy Strickland caught his fish grinding a red SPRO RKCrawler 55 into the bottom or banging it off trees. He fished it on a 7-foot, 4-inch, medium-heavy Fitzgerald Fishing Bryan Thrift Series cranking rod with 12-pound-test fluorocarbon line. 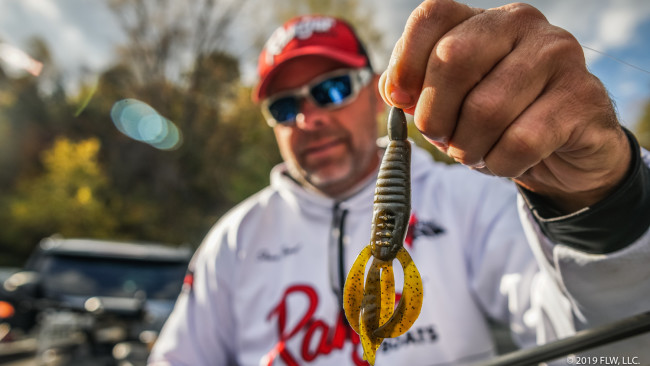 8. Steve Floyd fished exclusively for largemouths. He caught two keepers the last day on a 3/8-ounce white spinnerbait, but all of his other fish fell for a green pumpkin Berkley Havoc Pit Boss Texas-rigged with a 1/2-ounce weight. 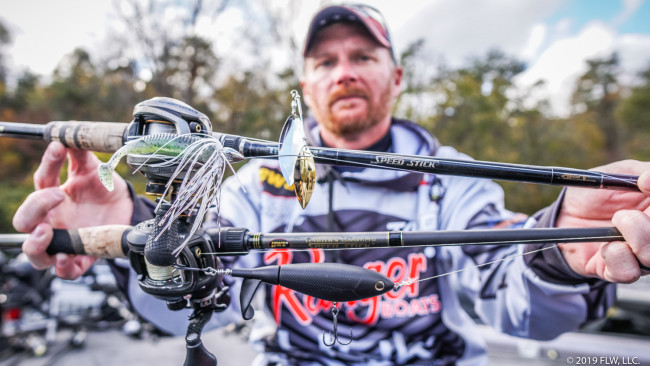 9. Brent Algeo was the only other pro to commit to the largemouth bite. He fished a black Berkley Choppo and a War Eagle spinnerbait in the spot remover color with tandem gold and silver willow-leaf blades and a Reaction Innovations Skinny Dipper trailer. 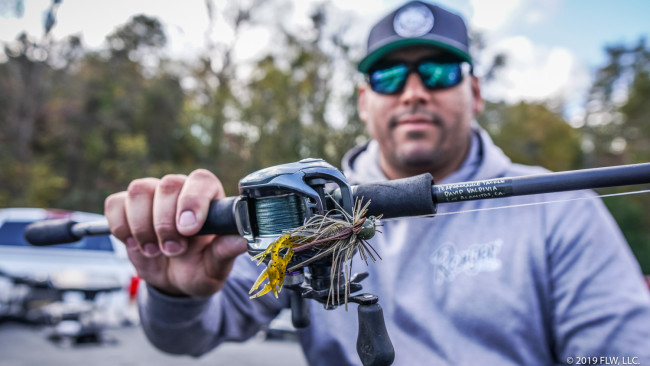 10. California’s David Valdivia targeted smallmouths with a 3/8- or 1/2-ounce Deek’s Jigs football jig in green pumpkin with a craw trailer.