Johnston In Front at Toledo Bend 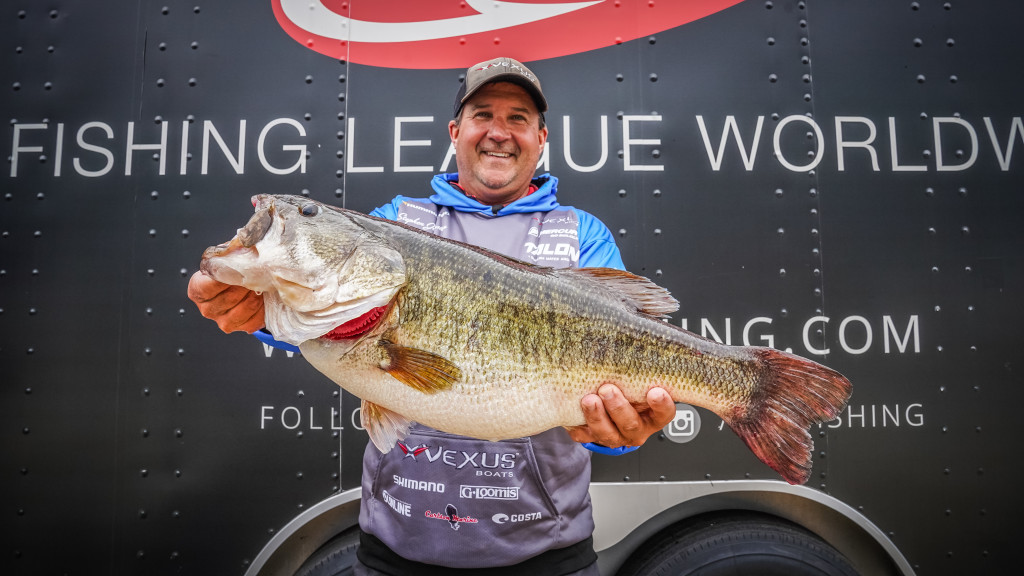 Toledo Bend isn’t fishing like its normal self at the moment, but it still kicked out some solid bags to start the Toyota Series Southwestern Division season opener. With the lack of grass and low water (it’s down several feet due to recent work on the dam), word on the street was that local knowledge would really shine through this week – and so far that’s holding true.

Hemphill, Texas, pro and regional hammer Stephen Johnston sacked up 23 pounds, 8 ounces worth of Toledo Bend bass to take the early lead, thanks in large part to the 10-7 kicker he caught this afternoon.

“When you put a 10 in and throw a 2.4 out, it’s a game-changer all the way around,” Johnston says of his day-one big bass. “I really struggled all day. I didn’t have a bunch of opportunities. I knew it was going to be tough to start with.

“These fish got up there shallow and got comfortable until it started raining last week, and the water temperature has fallen and they just don’t want to bite, but they’re sitting there.”

While the majority of the field fished the offshore bite away from the bank, as did Johnston, the leader also tried to keep the shallow bite honest. And though he didn’t catch many fish, he showed that there is enough potential close to the bank to make a run at his second Toyota Series title.

“I’m running and gunning,” Johnston adds. “I fished 15, 18 spots today and just didn’t get many bites. I only caught seven keepers all day.

“I caught some in 3 foot and I caught some in 14, so there’s no rhyme or reason. I’m going to have to re-run water tomorrow. I had 25 sticks on the front deck, and I’m just chunking and winding.”

With Johnston’s years of experience on Toledo Bend, including eight top 10s in FLW competition, he knows to take it day by day – especially with the caliber of anglers in the field and the size of the bass that call Toledo home.

“No matter what, when it comes back down to it, having that 10-pounder makes a day.” 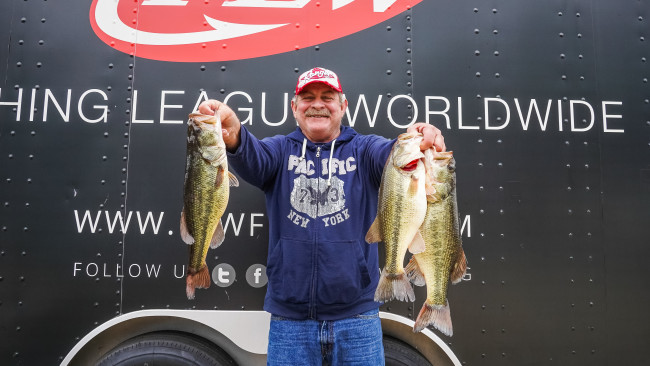 Having never been to Toledo Bend before this week seems to be the lucky charm for Sam Sharp of Hillsboro, Ala., who hauled in 17 pounds, 11 ounces to take the early co-angler lead.

Paired with pro Benjamin Gulett – who also sacked up 17 pounds – Sharp fished offshore the entire day and says he wouldn’t have had it any other way.

“I love structure fishing,” says Sharp. “It’s my favorite thing to do. I was fortunate to fish with Benjamin today, who’s a local, and we had a good time. I culled probably at least four times today.

“This is my first trip here, but I came out here because I have a friend who lives close by, and I figured why not come see him and we could fish together on his home lake. It’s been a fun trip.”