Elder Takes Over at Chickamauga 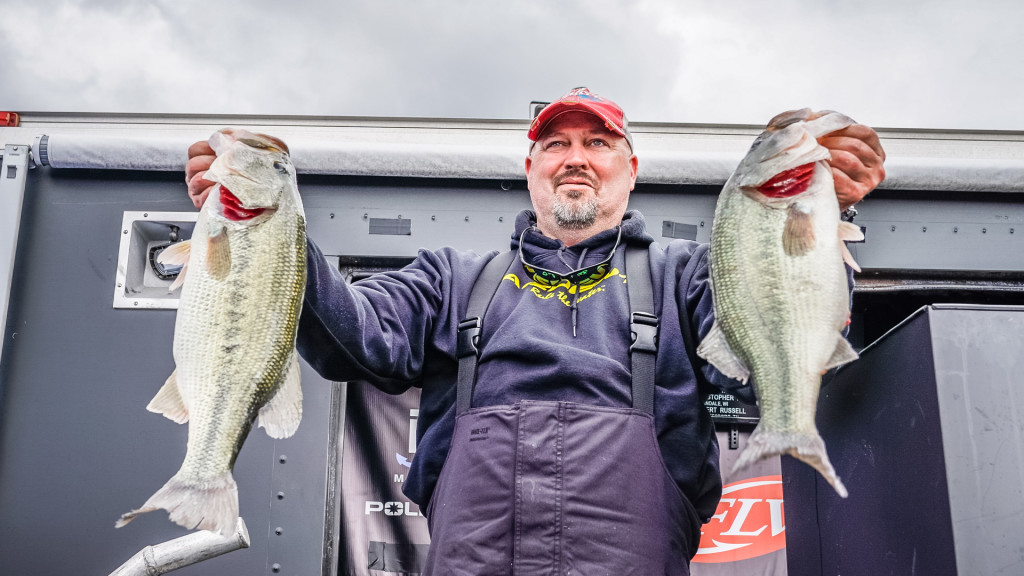 Brian Elder from Locust Grove, Ga., made a huge “come-from-behind run” to take over first place on day two of the 2020 Toyota Series Central Division tournament on Lake Chickamauga. Elder was in 43rd place after day one. But on day two the biggest bag of the tournament so far (25-4) catapulted him into the lead with a total weight of 37-6. It was an impressive effort on a day that included a period of wind-driven snow and sleet.

Elder says he found his fish in hard-to-reach spots.

“I stayed shallow as far back as I could get,” he says. “I’ve got my push pole on my deck.”

Asked if he was using a lipless crankbait like most others, Elder simply replied with a smile, “No, I’m not going to tell you. I’ll tell you tomorrow.”

Elder was a little more loose lipped on his location. While the majority of anglers have been fishing downriver from Dayton, Elder was well upriver of Dayton.

“I could hear the horn at Watts Bar Dam,” he says.

On Saturday the top 10 pros and co-anglers will have company. The Chattanooga Bass Association, one of the biggest local circuits on Lake Chickamauga, has their monthly tournament. 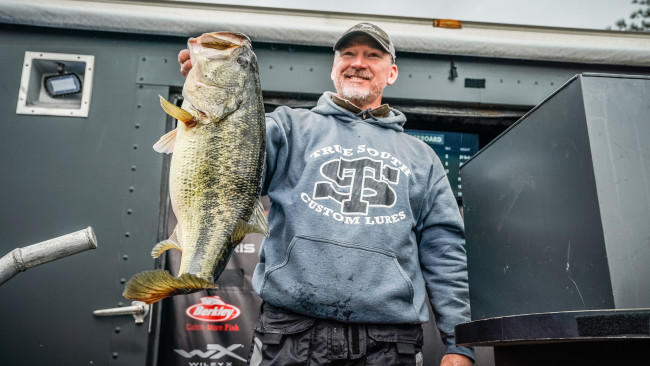 Rusty White (above), pro angler from Soddy Daisy, Tenn., came to the weigh-in with only one bass on day two. But the beast took the scale all the way to 10-15.

“I didn’t catch that one until two o’clock,” he says. “My goal today was to catch 30 [pounds]. That’s what I went fishing for, and it just didn’t work out. I hooked one other big one, but it pulled off.”

White caught the big one on an umbrella rig and ended in 21st place.

The second double-digit bass was caught by co-angler Derrick Myers (below) from Corbin, Ky.

“[Pro] Matt Stanley put me on them. I think we both caught 12 keepers today. They grow some giants here,” says Myers. “That’s one reason I wanted to fish it.”

The 10-12 bass along with others gave Myers a 22-15 bag on day two. He caught zero on day one, but the huge day two bag put him in third place among the co-anglers. 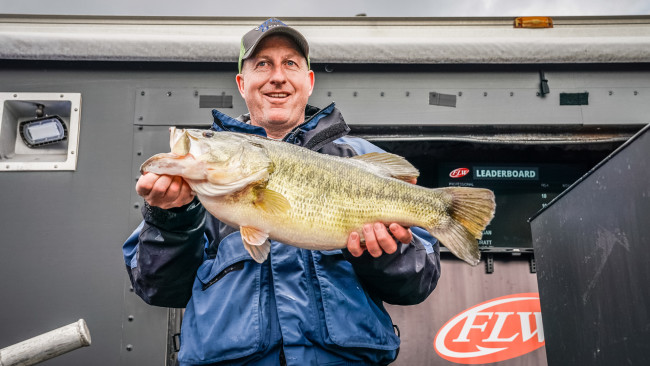 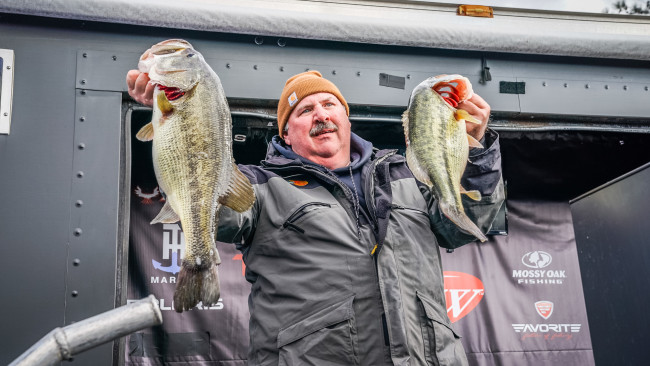 The co-angler leader after day two is Kevin Jones from Somerset, Ky. He followed up a 3-1 bag (56th place) on the first day with a 22-1 bag on day two.

Jones’ big bass weighed 8-8. He says the catch came while his lipless crankbait was actually hung on a stump.

“I jerked it four or five times and then the fish pulled it off the stump,” says Jones. “I thought, ‘What is going on,’ but he was there.”

“It was the most amazing thing I’ve ever seen,” says Kevin Drake, the pro fishing with Jones.