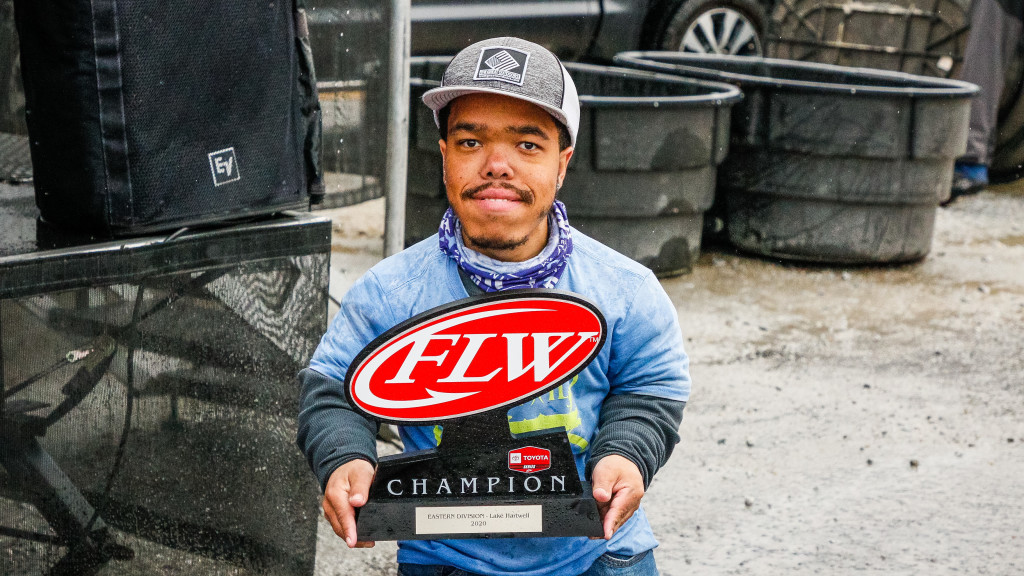 Khris Williams Photo by Michael Bibb.
Consistency was key to earning win from back of the boat
March 5, 2020 • Phillip Gentry • Toyota Series

Versatility and preparation are two of the key factors that make a good co-angler. Having those traits paid off for Khris Williams of Mount Holly, N.C., whose three-day weight totaled 32-7 and amounted to a win in the Toyota Series Eastern Division season opener at Lake Hartwell.

Derrick Bridges, the pro who fished with Williams on the final day of the event, was duly impressed with his co-angler.

“The guy is a vacuum cleaner,” he quips. “I’m up front throwing a jig, and every fish that I couldn’t get to bite, he vacuumed every one of them up. He’s also like lightning with the net. This guy is a great fisherman.” 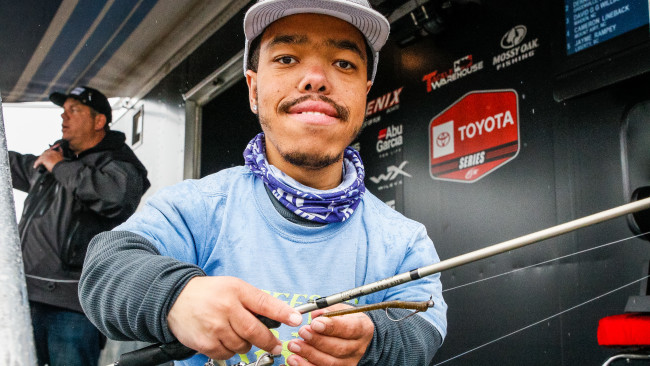 Williams gives a lot of credit to Phoenix pro Jeff Coble, his partner for day one, for putting the pair on the right fish to propel the co-angler to 13-7 and a tie for the lead. He describes the pattern as just running and gunning the bank.

Williams’ bait of choice for those situations was a 1/4-ounce, 2 1/2-inch Luhr Jensen Speed Trap Crankbait in crystal crawdad.

He slipped to second place after day two with a limit of 8-5, but Williams remained close enough that his outing with Bridges and a 10-11 bag sent the co-angler home with a new Phoenix 518 Pro with a 115-horsepower Suzuki. 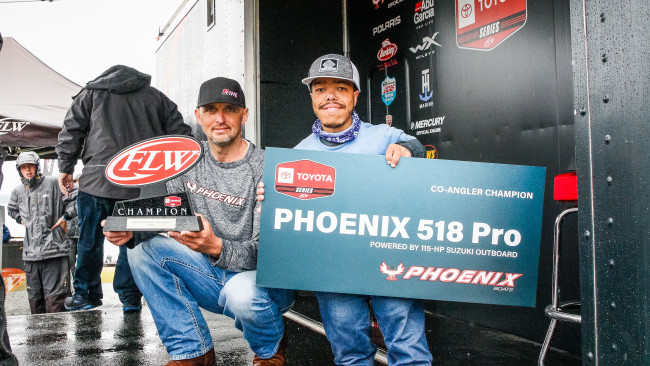 “I’d say I’ve fished Hartwell maybe 15 times, but I’ve never done good down here,” he says. “It feels good to get the monkey off my back. We made a long run down the lake this morning and fished in some deeper water and fished out away from the bank, mostly.

“I caught all my fish today on a shaky head. It’s actually a bait that I make myself – Khris’ Custom Jigs. It was a 1/8-ounce jig head in just a brown color, and I put a Zoom Trick Worm on it in green pumpkin.”

Williams says he can’t give enough credit to the pro anglers he fished with during the event, though he has plenty of reason to give himself a lot of credit, too. Just ask Bridges.