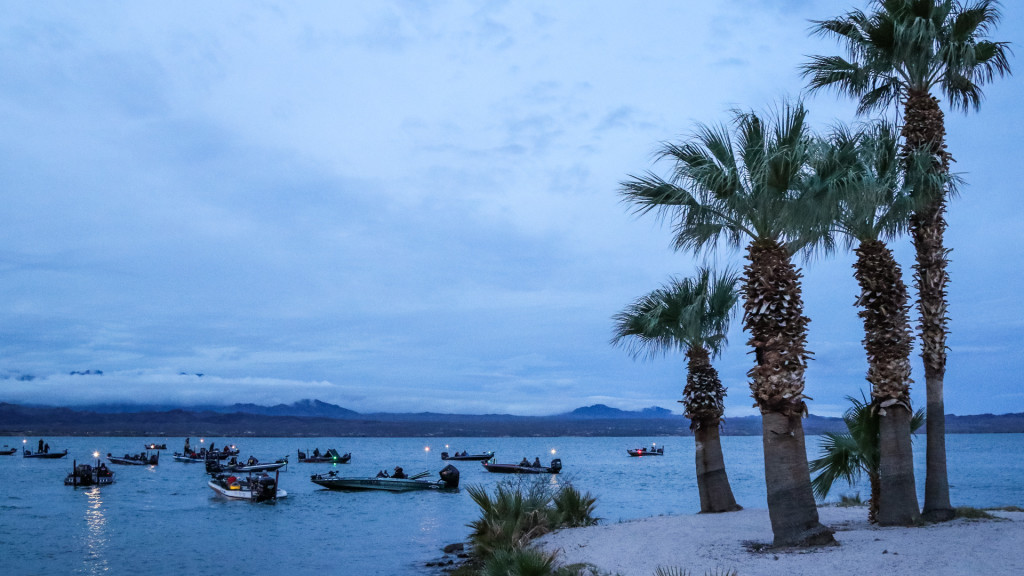 The weatherman did it again. About two weeks prior to today’s kickoff for the Toyota Series Western Division season at Lake Havasu, the forecast called for highs in the mid-80s and sunshine for three straight days during the tournament. Instead, practice was rainy, and the current forecast calls for precipitation for at least the first two days and highs that likely won’t top 70 degrees.

Never mind being a little wet, however, because conditions are lining up for one of the better Havasu events FLW has held on this Arizona-California border reservoir. Largemouth and smallmouth bass are on beds all over the lake, and the ones that aren’t are staging in predictable prespawn areas or cruising nearby. It shouldn’t be overly challenging to catch fish. Finding and catching the right ones in the rain will be the difference in a check finish and going home empty-handed.

Situated on the Colorado River on the border between California and Arizona, Lake Havasu is a desert reservoir that’s home to healthy populations of both largemouth and smallmouth bass. At a little more than 19,000 acres and 26 miles long, it’s not a huge fishery, and habitat is somewhat limited to man-made fish cribs offshore, rocky points and structure along the bank, and tules or brush in shallow tributaries.

FLW typically visits Havasu during the winter or prespawn period of early February. However, in mid-March, the scenario is totally different. Bass should be on beds in shallow bays or setting up in their final staging areas.

Havasu is an oasis of sorts where tourists flock to enjoy watersports and other outdoor pursuits, in addition to fishing. And this week, it’ll be a busy spot. The tournament coincides with spring break for many students. 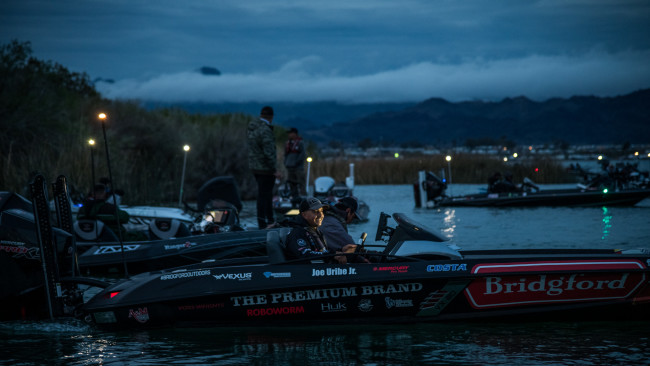 Day one dawned mild and pleasant, with a high of 69 degrees and a 7-mph east wind. Rain is in the forecast for the afternoon, however, and it could linger on into Friday. Saturday looks nicer, with a much lower chance of rain and, hopefully for sight-fishing, more sunshine.

Currently, the water temperature ranges from the upper 50s to low 60s.

California pro David Valdivia, who won the Strike King Angler of the Year title in the Western Division last year, says he’s not worried about the weather this week.

“I’ve gotten about two and a half days of practice in,” says Valdivia. “So far it’s been cloudy and rainy here and there. It’s been drizzling. Tuesday, at the end of the day, it was raining really good. We had a big storm come through. But it’s so warm it didn’t hurt anything. Even at night the temperature is in the low 60s or high 50s. During the day it’s getting up in the high 70s, so even though it’s raining it’s still warm.

“In the tournament we’re supposed to get three straight days of rain, but it’s supposed to stay pretty warm. I think some of the fish are going to back off a little bit, but most of them are going to be roaming around making beds or looking to make beds.”

Bed-fishing will most likely be the talk of the tournament this week. Valdivia says it’s pretty easy to spot both largemouths and smallmouths on beds. The smallmouths are a little deeper and could be more challenging to see if the wind blows or the rain is heavy.

“It is fishing good. Practice for me went fairly well,” Valdivia adds. “I was just really looking at them. I have some areas deeper that I wasn’t really fishing. There are still prespawn fish along with some spawning fish. There’s not really a lot of postspawn fish.

“The ones I’ve been seeing, I don’t know how hard they are going to be to catch. In areas where the water is really clean, you can sight-fish despite the conditions. And you’ll be able to get inside some pockets and get out of the weather and be able to see them.”

Typical bed-fishing approaches should work, including sight-fishing with Texas rigs or drop-shots and blind-casting in bedding areas with finesse plastics. There could even be some more aggressive tactics used, such as ripping a topwater over beds.

Of course, the rain could actually open up other patterns. Havasu is a clear-water fishery. When runoff stains shallow water, it’s possible to get bit throwing reaction baits and staying on the move.

Prespawn bass will be susceptible to the usual finesse approaches, including the West Coast favorite drop-shot, a Ned rig or a small jig. Jerkbaits and other treble hook baits might factor in, too. 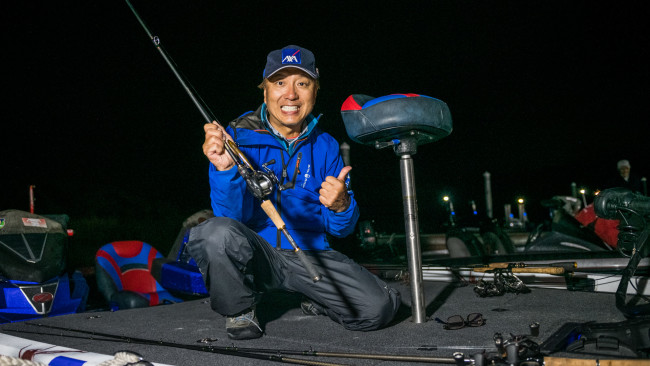 1. Rain – It’ll be important to monitor the severity and timing of any approaching foul weather that might make sight-fishing difficult or create opportunities for a reaction bite. Also, if the minor cooldown does hold up some fish in their transition toward beds, having a prespawn pattern as a backup might be helpful.

2. Spring break – It’s not that many spring breakers are interested in fishing at Havasu. They’re a factor because of boat traffic, particularly up the river, where the reservoir narrows down and boat wake washing back and forth can make navigation dicey.

3. The species factor – Valdivia can’t imagine anyone winning this tournament solely with smallmouths, but a mixed bag is absolutely in play. There are enough 3 3/4- to 4-pound smallies in Havasu for anglers to make some money on brown fish, but the real kickers are green. If largemouths bedded in shallow water get picked over, or if those areas are crowded, it might pay off to try and sack up a limit of smallies and then hunt a 6-plus largemouth or two. Regardless, we should see plenty of both species in the top 10 bags come Saturday.

Expect big things this week from Havasu. Valdivia does.

“I think the weights are going to be bigger than pretty much any of the FLW events we’ve had here,” he says. “I think legit for top 10 it’ll take anywhere from 17 to 19 a day. That’s what I’m guessing. I think they [the weights] are going to be pretty tight, but just better weights than usual.”