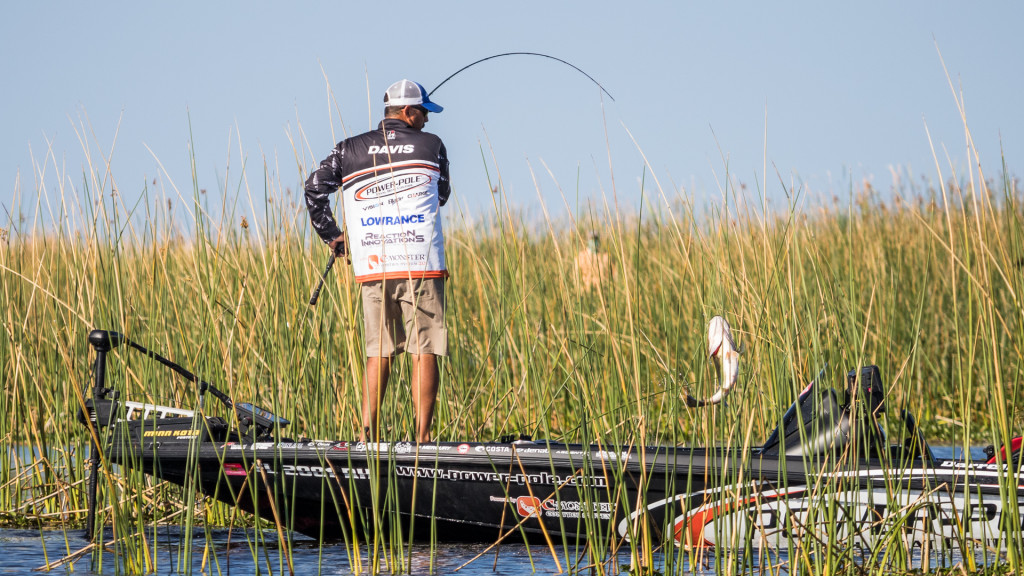 The weather is still splendid, but day two of the Toyota Series Southern Division event on Lake Okeechobee has been tougher than day one. While keepers were pretty easy to come by early yesterday, that hasn’t quite been the case today. Still, the weather is good and there’s plenty of time left for the lake to turn on.

Starting in first place, Bryan Honnerlaw had four for about 8 pounds when we left him. Not great, but not far off the pace if he adds a big bite later on. He started the day fishing shallow for bass around beds and transitioned out to flipping reeds as the morning went on.

Up north, Kyle Monti started in a community area again and put one in the box early. We didn’t check up with him again, but it’s probably premature to say he’s having a bad day. With one of the few big bites of the day, Darrell Davis landed a 7-pounder while we watched. He only had three in the ‘well when we left, but he seems on track to fill out a limit.

Otherwise, there aren’t a ton of bright spots. Near takeoff, Billy Hall has four for perhaps 10 pounds, Reid Heard has a 10-pound limit, Hojin Chang has just three and John Dial has four babies. Up north, Rick Taylor has a small limit and Steven Hatala has just two. Jessie Mizell has a shocking zero bass and Bradley MacQueen’s limit only goes about 9 pounds.

Other updates include Bryan New with just two keepers and Barry Bass with three skippers. Mark Mitchell also had just one early. We left Jason Meninger with two bass early, but one was a 4-pounder, and co-angler Andrew Pulliam had a nice 3-pounder for himself.

Weigh-in starts at 3:30 p.m. ET, and it should provide a lot more clarity on the day. You can watch it live online to see who makes the top 10 to fish on the final day. 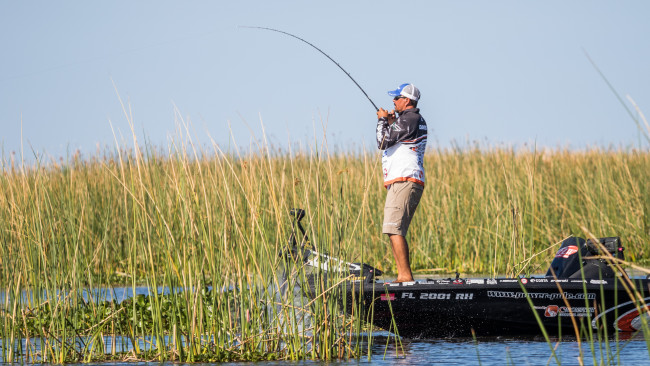 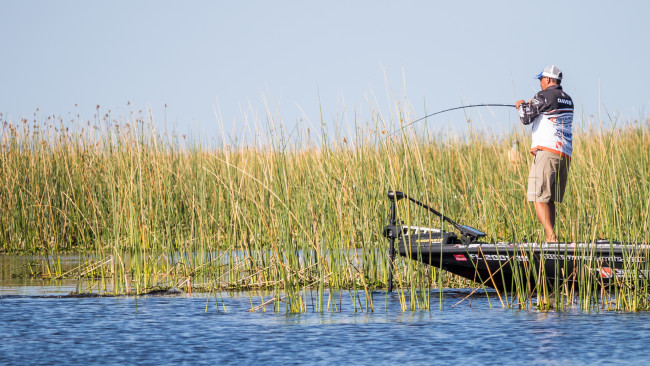 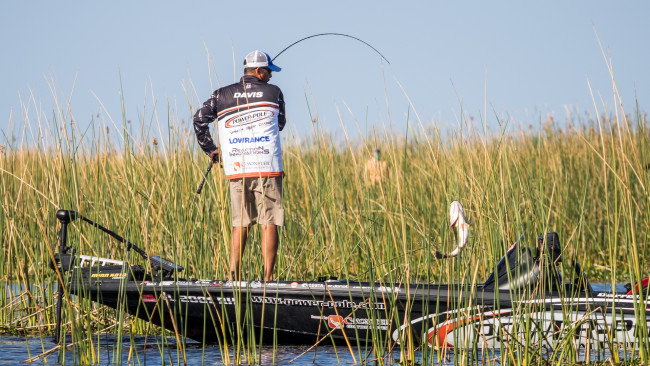 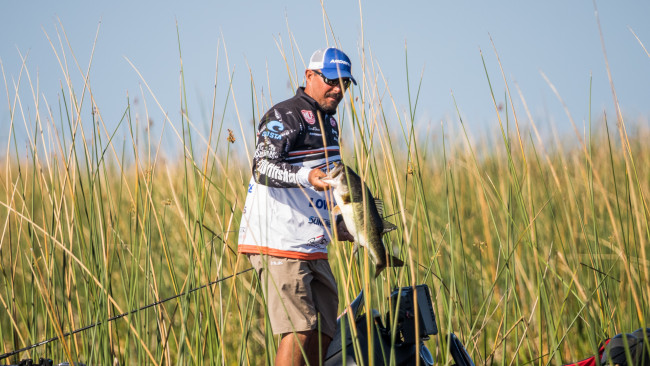