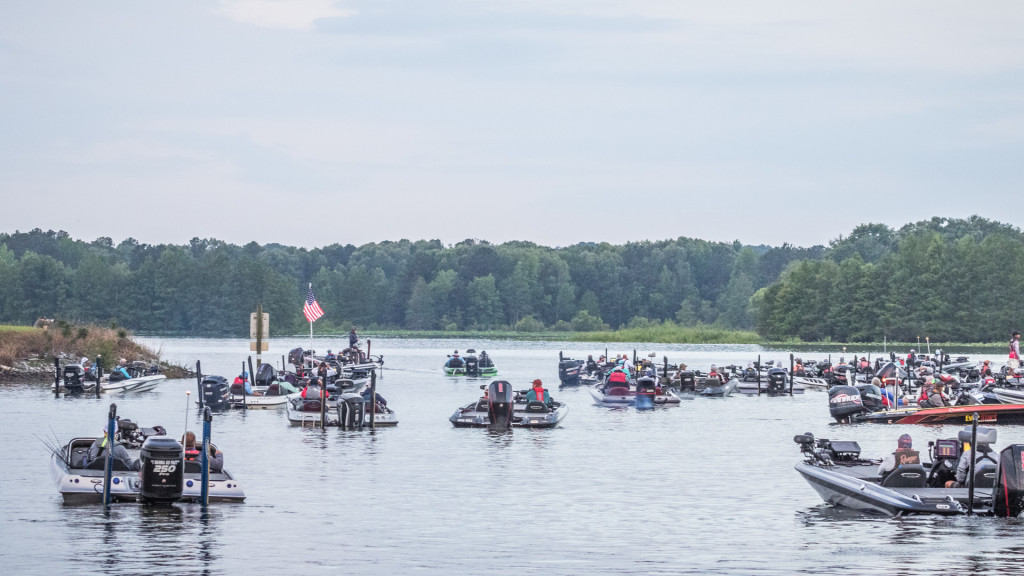 For the second week in a row, FLW’s Toyota Series is visiting one of Alabama’s premier bass fisheries at the perfect time of year for pros to hammer on big bags of postspawn largemouths. Last week’s Central Division event at Pickwick was a full-blown ledge-fest, and this week at Lake Eufaula for the Southeastern Division opener, ledges and offshore brush piles will get a ton of attention. The catch is that there have also been some massive stringers caught up shallow around bluegill beds and hatching mayflies, and the shallow bite might surprise a lot of people.

Locals predict that it will take more than 20 pounds per day to win, with stringers in the mid-20s possible each day. And overall, it should be another doozy of a derby in the Yellowhammer State. 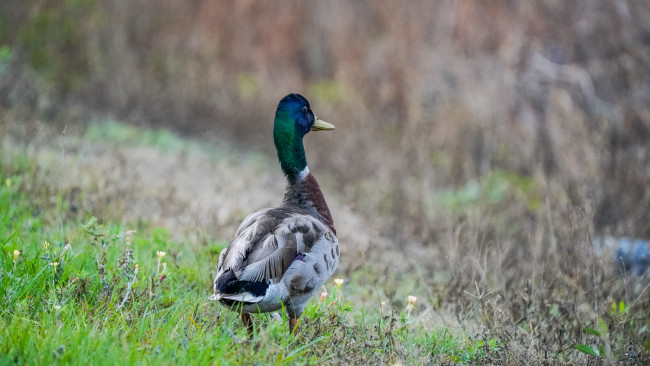 Located on the Alabama-Georgia line, the 45,181-acre reservoir was formed when the Walter F. George Dam backed up the Chattahoochee River.

Bass anglers tend to divide Eufaula up into three sections. The upper third, above the Ernest Vandiver Causeway, is where most of the shallow-water specialists will spend their time. The lake’s midsection starts to open up into the famous ledge fishery that Eufaula is known for. Most of the developed lakeshores are in the lower third, which is broader and has some deeper structure.

Local pro Clayton Batts predicted the field would split pretty evenly when it left the takeoff site at Lakepoint Resort State Park, which is in Cheneyhatchee Creek in the middle of the lake. Based on watching takeoff this morning, he was mostly right. 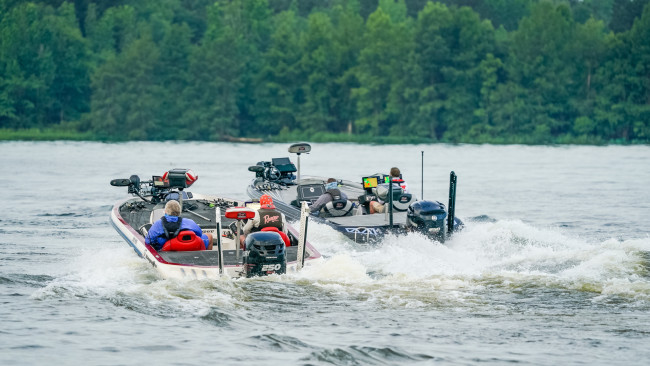 There's a mild chance of rain each day of the tournament, but overall the forecast looks pretty stellar, with daily highs around 80 degrees. According to Jason Nixon, who’s earned several top 10s on Eufaula with FLW, a more important factor than temperature and precipitation is the current flow, which has been steady the last few days.

“It’s all about the current. That’s what determines what the weights will be,” he says. “The more they pull, the better it will be.”

Water temperatures have been reported from 78 to 85 degrees during practice. If we split the difference at about 81 degrees, we’re right at the point when, according to Batts, postspawn bass start to transition away from the brush piles where they spent the immediate postspawn and onto the ledges where they school up in early summer. That usually takes place around the end of May or first of June, so the transition is right on schedule.

Another important factor is the water level. Eufaula doesn’t fluctuate much – a foot or so most of the time this time of year – but because the shorelines are so flat, a little rise goes a long way. Currently, the lake level is 188.91.

High water (relatively speaking) and what Batts describes as a “full-blown” mayfly hatch along the banks could combine to produce shallow-water limits just as big as what pros will find offshore.

You can see just how many bugs were hatching in this video, which Batts recently posted on Facebook. 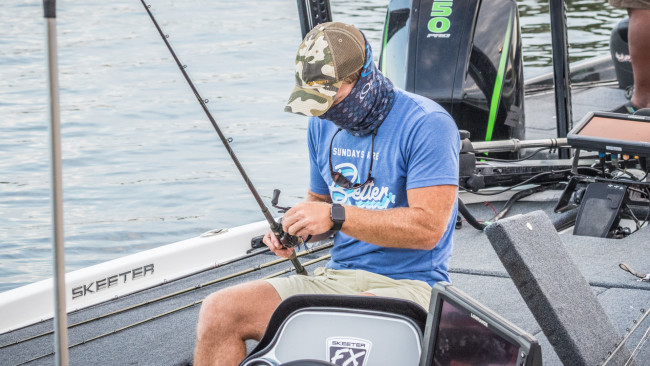 “The shallow bite this time of year, when it lines up, it’ll scare you. I promise you it can be won shallow,” says Batts. “Last weekend there was a 27-pound bag shallow and a 27-pound bag deep.”

Still, Batts isn’t going to gamble on what can be a tougher pattern to maintain for three days. He might dabble shallow early, but then he’s heading offshore.

“My temperature gauge says 81. When it hits 81, I go to the ledges,” he says. “This is the original ledge lake. That’s what this lake is known for. You’ll still have guys doing pretty good in brush, but they’re leaving that and coming offshore.”

Nixon is on the offshore bandwagon, too. He’s been checking brush and says he hasn’t really sampled the shallow bite at all.

Flipping, swimming a jig, winding spinnerbaits and throwing topwater around bluegill beds and mayflies will be the predominant shallow tactics. Out deep, it’ll be classic ledge and brush pile fishing.

“I throw Jenko stuff because it’s made for ledge fishing,” adds Batts. “A Tremor Shad on a 1-ounce Tremor head, the CD25 crankbait, a big football jig and a 3/4-ounce shaky head.” 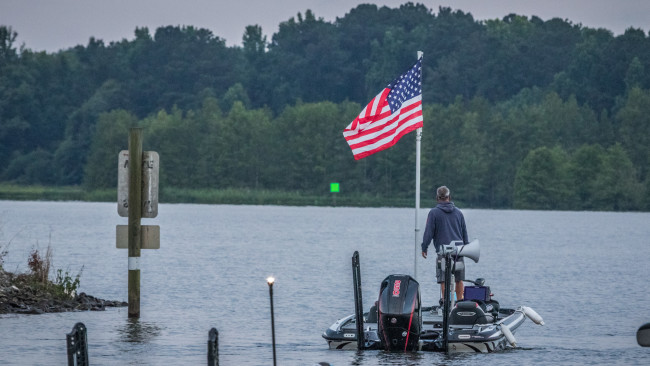 1. Fishing pressure – “I think one thing that’s going to hurt is that the field is stacked with all the good local ledge sticks, and all of us step on each other’s toes,” says Batts. “We’re likely to have some people who are ‘on them, on them’ come in with 15 pounds just because they couldn’t get on their stuff.”

2. Mayflies – How heavily the mayflies are hatching through the opening round could really determine how far a shallow-water angler can go. Pros were off the water at 4:30 yesterday, and Batts predicted that the weather moving through would kick off another massive hatch.

3. Current – As Nixon mentioned, current is the fuel that drives the offshore bite. As long as it stays consistent – and it’s supposed to – the fish should stay grouped up well enough for some true mega-bags to come in. 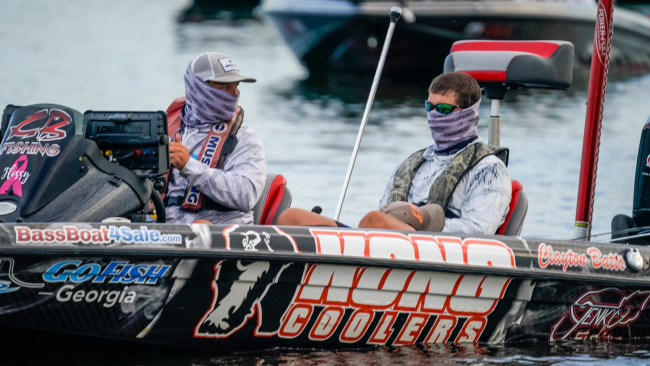 Nixon, Batts and pretty much anyone else who knows Eufaula well will tell you that the lake is hot right now. A mid- to upper 20s limit will most likely be weighed. Catching that much again on day two might come down to boat draw and whether or not a pro can get on the juice in the right rotation. Regardless, there’s a high probability of needing 60 to 64 pounds in three days for a shot at winning.