Calm conditions and tough fishing might make St. Clair the place to be 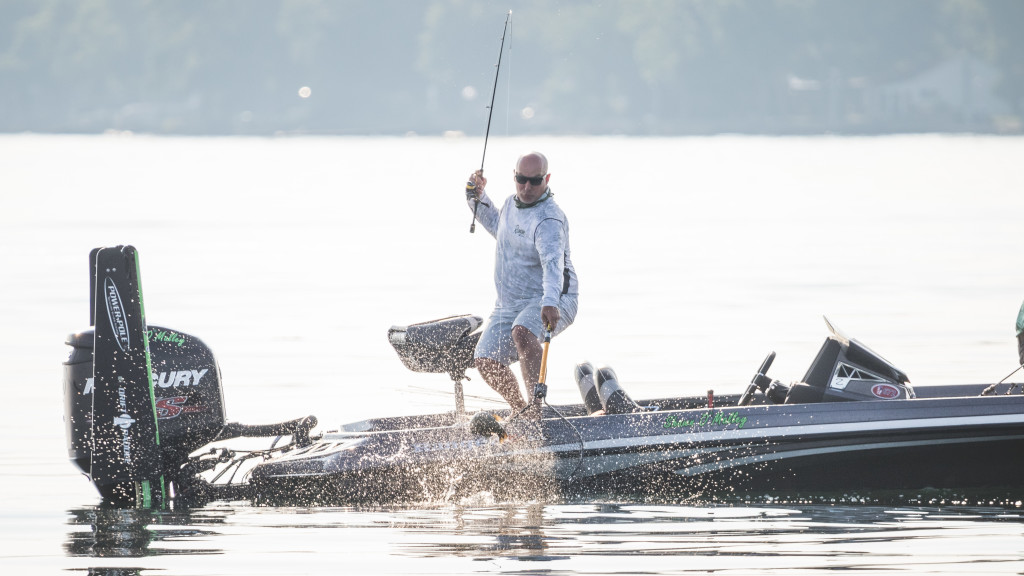 From a weather standpoint, day one of the Toyota Series Northern Division event on Lake Erie has been almost too perfect. Slick and hot from the start, anglers have been able to go wherever they want and fish however they want.

Despite the perfect conditions, though, the fishing on Erie hasn’t been spectacular. There are plenty of fish being caught, especially by co-anglers, but the top end size hasn’t really showed up. Though it’s not uncommon for an angler to have a 4-pounder in the livewell, the biggest bag we’d found by about 11:30 a.m. was around 16 pounds, with a bunch of other anglers kicking around the 14-pound mark.

Given more time, those bags will surely improve, but it’s really made the potential of the St. Clair run interesting. We know for a fact that Scott Dobson made it to St. Clair, and surely some other anglers followed. If some really giant bags of smallmouths are going to hit the scale today, they may just have come from Michigan.

Below are estimates for most of the pros we saw on the water today. Weigh-in starts live online at 2 p.m. ET.