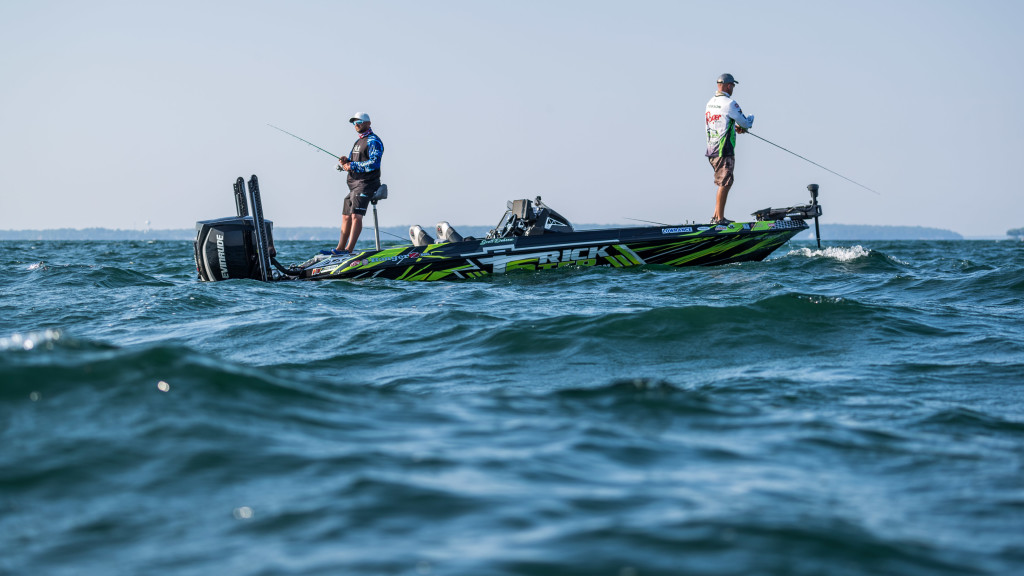 Day two of the Toyota Series Northern Division event has been pretty slow across the board, and particularly for the leaders. Though the weather isn’t too bad and the wind is fairly manageable, the fishing in Erie is slower than it was yesterday.

Before takeoff, Scott Dobson decided not to make the run to St. Clair due to the forecast. Though the wind hasn’t picked up, Erie is still pretty big, and it’s far from flat. There’s no doubt the run would take a lot longer today than on day one. That decision has been a bad one so far – by mid-morning, Dobson was sitting on a goose egg after trying deep and shallow on Erie. He’s one of the premier smallmouth anglers around, but things are looking a bit grim at the moment.

Outside of Dobson, the rest of the top pros are either a mystery or going slow. Pretty early on, Josh Kolodzaike had one keeper. He had a lot of time left when we found him. Dick Parker and Drew Sanford were both fishing to the east of Sandusky, and Parker had two and Sanford had just one at around 10 o’clock in the morning.

Below are the updates we’ve gathered from the rest of the field. Weigh-in starts live online at 2 p.m. ET and only the top 10 pros and co-anglers fish Saturday.