Fishing seems to be a little better the second time around 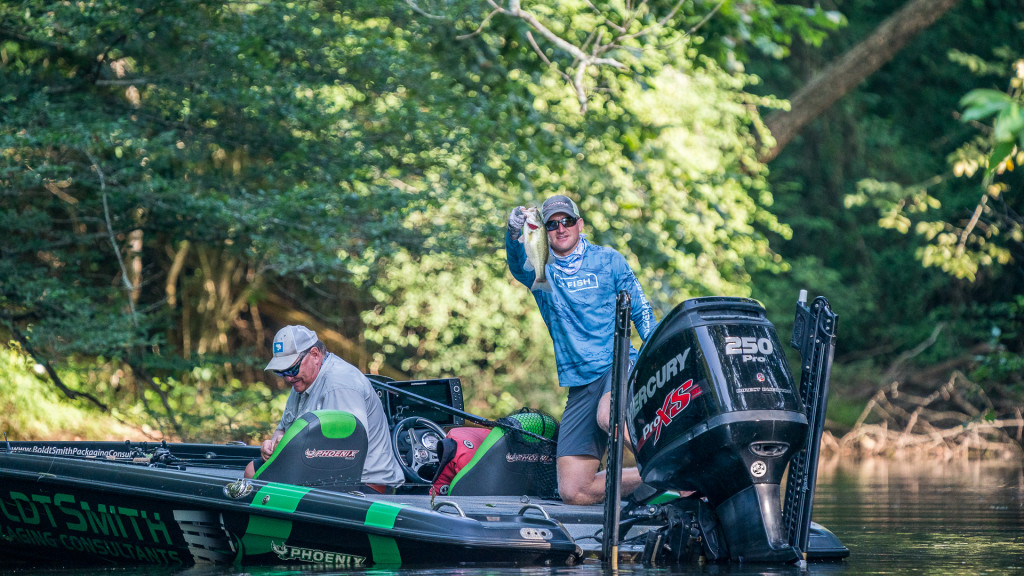 Fishing creek ends continued to be the theme on day two of the Toyota Series Southeastern Division event on Wheeler Lake. Although the current was not running as much in the creeks as yesterday, the cooler shadier waters in the back of creeks were still producing for top anglers once again.

Names in the top 10 like Josh Bragg, Lavoyd Lemmond and Harry Peyton all had limits by noon. Of those three, Peyton was up to the 12-pound range, while Bragg and Lemmond were more around the 10-pound mark.

Jesse Millsaps, who lead after day one, struck out at his first stop this morning, but seemed confident in the second place he was headed to.

“I’ve got a log at the next spot I might have to crawl over,” Milsaps reported. “The water has dropped since practice, but I think I can still get in there.” 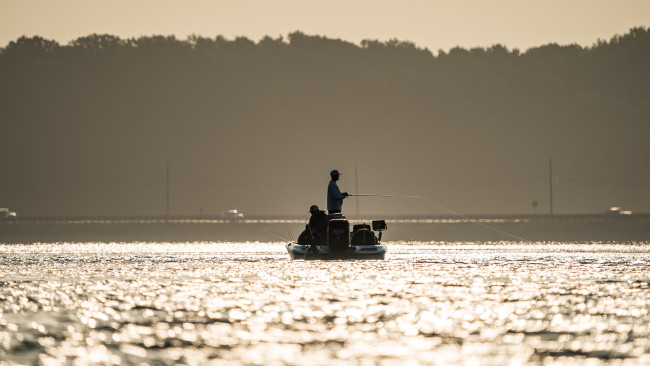 “I couldn’t catch any out on the flats of the creek,” he reported. “So I had to move way back into the ditches to get bites.”

With plenty of time still left in the day, chances are there could be some better limits weighed in at 2 p.m. CT today. Be sure to tune in at flwfishing.com to watch weigh-in unfold.